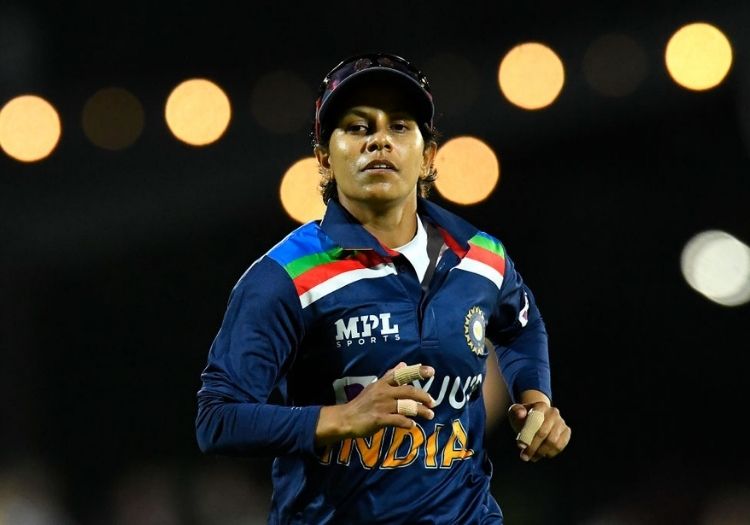 Brisbane Heat have announced the signing of experienced Indian leg-spinner Poonam Yadav ahead of the seventh edition of the Women’s Big Bash League (WBBL).

Yadav, 30, will link up with the Heat squad at the conclusion of the Australia vs India T20 series currently underway, which she is involved with.

She fills the Heat’s third overseas slot after Amelia Kerr pulled out of the competition for mental health reasons, joining South Africans Anneke Bosch and Nadine de Klerk in the Brisbane squad.

Currently ranked eighth in the world in the ICC T20I bowling rankings, Yadav has taken 98 wickets in the format and is just two scalps away from becoming the first woman to take 100 in Indian colours.

It will be her first stint in the WBBL, though the spinner has enjoyed success Down Under before, taking 4 for 19 in the opening fixture of the 2020 T20 World Cup against Australia.

Heat coach Ashley Noffke said the club was delighted to sign a player of such calibre this close to the start of the series.

“It’s very exciting to welcome a player of her class and experience into our group. We know there is a lot of upside to Poonam coming on board this summer,’’ he said.

“When we lost Amelia Kerr, we were confident we could back our group to give a good account of themselves regardless. But adding Poonam’s skill and her competitiveness is a huge result.”

"We think Poonam will also be very good for the younger players in the squad – she has demonstrated her composure on the biggest stage in the world at the MCG and played cricket at a high level in a number of countries.”

“We’re really keen for her to share those insights with our players during the tournament and will urge the group to learn as much as they can.”

“We’re looking forward to introducing her to everyone once the International series is completed and getting ready for the Tasmanian leg of the tournament.”

Heat have also confirmed the signings of ACT Meteors duo Nicola Hancock and Zoe Cooke. Hancock returns for a second season after impressing with 11 wickets for Heat in last year’s WBBL, while Cooke will be making her first appearance in the squad.