After posting an impressive 189 for 2, South Africa needed to restrict England to 131 to secure their place in the semi-finals but couldn’t contain Eoin Morgan’s side 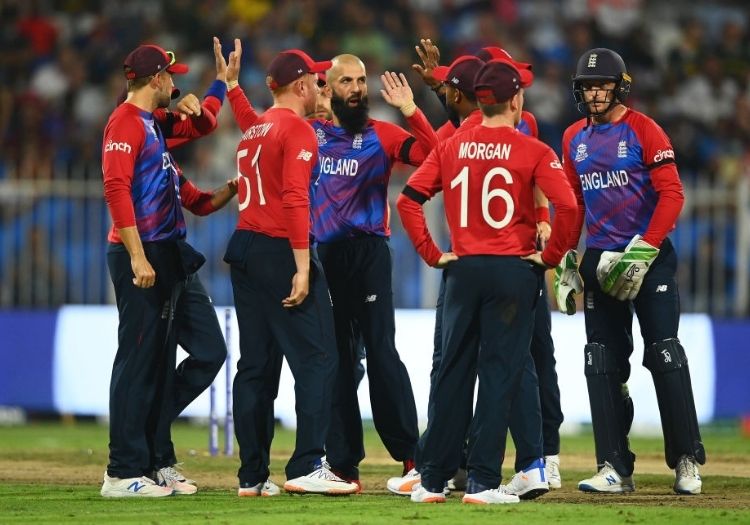 England have qualified for last four of the T20 World Cup despite being defeated by 10 runs by South Africa in Sharjah.

Eoin Morgan's side secured top spot in Group One with four wins and one defeat in the Super 12s and will face the second-placed side in Group Two in the semi-final.

South Africa finished the tournament with a bang, posting 189 for 2 from their 20 overs, but failed to restrict England to 131 runs and missed out on the last four on net run rate. Australia qualify in second place.

Sent in to bat after losing the toss, South Africa lost Reeza Hendricks cheaply in the third over, the opener wildly swinging at Moeen Ali and being bowled for four.

Quinton de Kock and Rassie van der Dussen then reverse-swept their way to a 71-run second-wicket stand, bringing up South Africa’s fastest 50 of the tournament in the process, before de Kock departed for a well-made 34. The wicketkeeper chipped Adil Rashid to a diving Mark Wood at long-on to leave South Africa 86 for 2 midway through the 12th over. 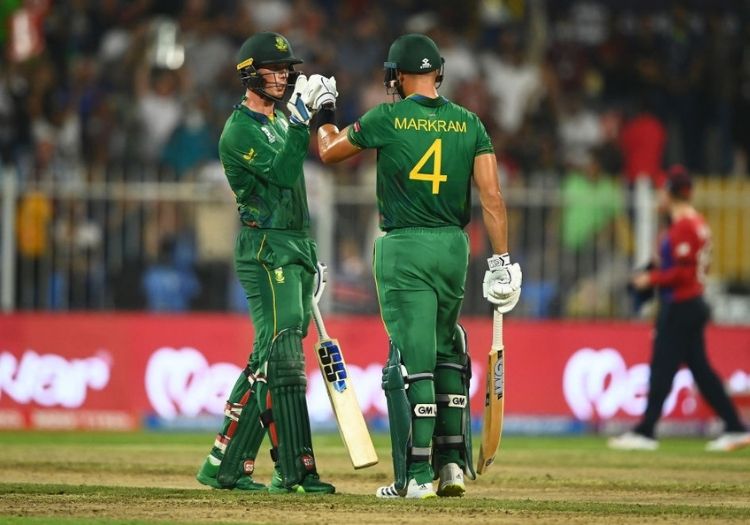 Five balls later, van der Dussen brought up his half-century with a single off Wood before striking Chris Woakes for three sixes in the 16th over to kickstart a ferocious finale for South Africa.

The final five overs went for 71 runs, including six sixes and three fours, as Woakes, Wood and Chris Jordan were punished at the death. The unbroken third-wicket stand between van der Dussen and Aiden Markram yielded 103 runs off just 52 balls, with the former finishing unbeaten on 94 from 60 balls and Markram posting a rapid 52 off 25 deliveries.

Requiring just 87 runs to book their own place in the last four, England raced to 37 off the opening four overs before losing Jason Roy to a possibly tournament-ending injury at the start of the fifth. The opener pulled up while running a single and retired hurt on 20.

Two quick wickets briefly put England under pressure, with Jos Buttler (25) driving a slow delivery from Anrich Nortje to Temba Bavuma at mid-off and Jonny Bairstow pinned lbw by Tabraiz Shamsi five balls later. However, in the 11th over, Moeen ran a leg bye to secure his side’s qualification for the semi-finals – England 87 for 2.

With the shackles off, Moeen and Malan added 21 off the next nine balls before the former holed out to David Miller at long-on to bring their 51-run (36 ball) partnership and give Shamsi his second wicket of the day.

Unfortunately for South Africa, Moeen’s departure did little to help their cause and in the 16th over, Liam Livingstone hit Kagiso Rabada for back-to-back sixes – the first of which travelled 112 metres – to push England beyond the 131-run target and seal the Proteas’ fate.

Dawid Malan fell for 33 in the following over, Rabada taking a fine catch at short third and two overs later, Livingstone followed suit, picking out Miller at long-on (bowled Dwaine Pretorius) to depart for 28.

And the allrounder was the first of four wickets to fall for 11 runs as Rabada removed Woakes, Morgan and Jordan to complete a final-over hat-trick and end England's unbeaten run.