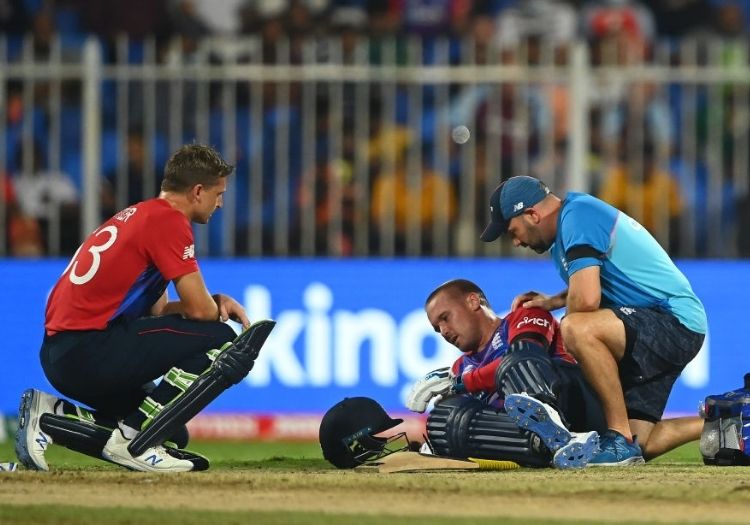 Jason Roy’s involvement in the remainder of the T20 World Cup is in doubt after he limped off the field with a leg injury against South Africa.

The England opener pulled up while running a single in the fifth over, hopping to the striker’s end before lying down on the floor with what appeared to be an injury to his left calf.

Roy retired hurt a few minutes later, leaving the field in tears with the help of Surrey teammate Tom Curran and a member of England’s medical team.

Moeen Ali replaced Roy, who was scoring well on 20 from 15 balls.

The 31-year-old is the second England player to succumb to injury this week, with Tymal Mills sustaining a tournament-ending thigh strain against Sri Lanka on Monday.

Roy also suffered a leg injury during the 2019 Cricket World Cup, tearing his hamstring against the West Indies before returning for the second half of the tournament.

Jonny Bairstow or travelling reserve James Vince would be the two most likely candidates to replace Roy at the top of the order.