From car crashes to cover drives... Martin Andersson eager to make up for lost time

JACOB PHILLIPS: The Middlesex specialist has been given another chance to ignite his career and has begun the season in superb form 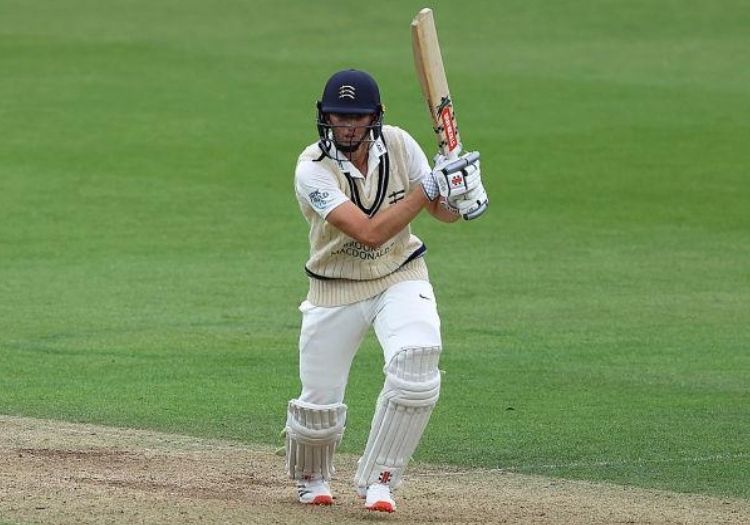 Cricket is often a game of fine margins but for Middlesex youngster Martin Andersson his career came down to the state of Tim Murtagh’s teeth.

Having been signed on loan at Derbyshire from his parent club in North London, the then 21-year-old was recalled after just one game as an emergency replacement in 2018.

A call at 5:45am confirmed his selection and within hours the all-rounder was at the Home of Cricket making his second debut for a county side within the space of a week.

“I got a call the night before saying Tim Murtagh was going to the dentist or something and I might be required,” explains Andersson on the boundary rope of Radlett Cricket Club, where the London club are playing their second Bob Wilis Trophy match against Hampshire.

“I was told to expect a call at 5:45am. That happened and I had to drive down. I crashed my car on the way down on the M1. Between Northampton and Lord's, I went into the back of someone. It was an interesting day.”

Fast forward to the present and the Middlesex allrounder is making just his ninth first-class appearance as a result of two stress fractures in his lower back.

At the age of 19, he first developed issues leading to an operation in April 2019. Two screws on each side of the spine have enabled him to return to cricket.

Following his operation, the Middlesex all-rounder was told he would not be able to bowl at all for four months yet alone prepare to be match fit.

Instead, he focused on trying to make the Middlesex side purely through his batting.

Andersson was called up to the Middlesex second XI and immediately begun to excel.

Scores of 75 and 56 against Kent second XI followed by 68 and 42 not out in successive days in T20 matches against Gloucestershire and Surrey’s second string saw him recalled to the first team in the County Championship against Lancashire.

He immediately rewarded the selectors with 83 in the second innings at Old Trafford at the end of the 2019 season.

Now after a second delayed season, the Middlesex academy graduate is quietly building his case in the one-off Bob Willis Trophy.

First, he struck 10 boundaries in an important 51 to help Middlesex make an unobtainable total in their second innings against Surrey in the tournament opener.

An innings later he saved Middlesex from a shocking first hour of play against Hampshire.

The dangerous Nick Gubbins, who amassed 252 runs in the first match of the Bob Willis Trophy, fell for just eight while former England opener Sam Robson was dismissed for a 10-ball duck.

Coming to the crease with his side 41 for 3, Andersson hit a career-best 92 to help Middlesex reach a competitive score of 252 at Radlett.

“I just feel lucky to be able to play. Everything from the operation is a bonus I don’t always deserve. It sometimes comes into my mind on the pitch.

“It is nerve-wracking to bowl again but gradually getting confidence back in the body.”