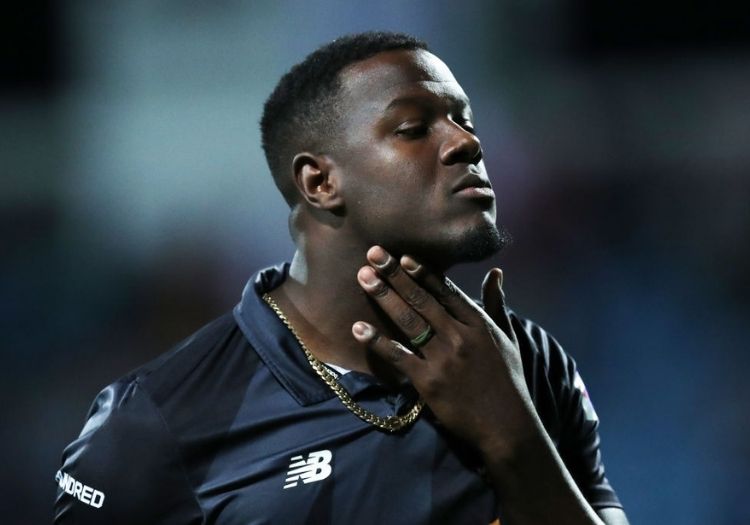 Carlos Brathwaite is uncertain whether he will be available for Jamaica Tallawahs' opening Caribbean Premier League match on Friday (August 27) after being forced to self-isolate.

The West Indies World Cup winner travelled from the UK, where he was playing in The Hundred, to Basseterre with a passenger who has since tested positive for Covid-19.

Brathwaite, who himself has continued to test negative, has been asked to quarantine for an indefinite period which could see him miss the opening round.

The Tallawahs are due to face Saint Lucia Kings at Warner Park, where all tournament matches are being played.

"My tests have been negative as far as I know," Brathwaite said, according to ESPNCricinfo. "We've been asked to be in quarantine. I still don't know the full extent of it.

"I've just been told I need to continue to quarantine as opposed to being allowed to walk around the hotel as was initially allowed. So I'm just as much in the dark as you are, unfortunately."

He added: "I haven't actually received anything official yet to know when day one is and how many days of quarantine, etc. So yeah, I'm just skipping in my room and doing sit-ups and hoping to be at least physically ready to go if I can."

Meanwhile, Brathwaite has been confirmed to return to Sydney Sixers when Australia's Big Bash League returns. He played a key role in their run to the 2020-21 title, claiming 16 wickets in as many matches.