The best and worst of Mitchell Johnson

After announcing his retirement from all forms of the game, The Cricketer takes a look back at Mitchell Johnson's best and worst days, including THAT Ashes purple patch 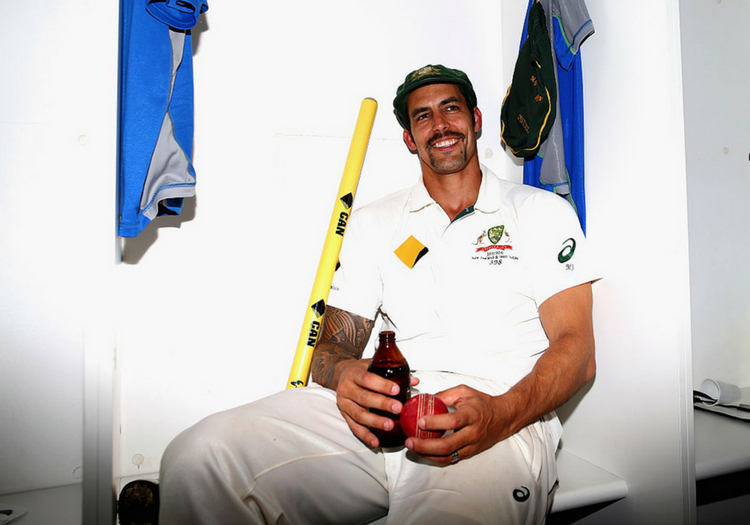 Mitchell Johnson has announced his retirement from all forms of cricket

It’s over. Mitchell Johnson’s rollercoaster ride has reached its natural end. The gates are lifted, he is out of his seat and off, seeking the next challenge.

His body now “starting to shut down,” the left-arm bowler had been playing exclusively in T20 leagues across the world following his retirement from international cricket in 2015.

The fearsome quick leaves behind a career littered with the highest of highs and the lowest of lows, a timeline that truly epitomises the wax and wane of professional sport.

The Cricketer sums up his best and worst days.

Terrifying is the word that comes to mind when you think of Johnson’s utterly destructive 2013/2014 Ashes series.

Thirty-seven fear-inducing wickets at an average of the inexplicably low 13.97 struck a hair-raising chord throughout the five matches in Australia, with England’s batsmen unable to cope with the pace and hostility of the Dennis Lillee-style moustache-laden bowler.

He won Player of the Series and this award was as much about his bowling as his persona. The arrival of Johnson into the attack was followed on the tour every single time by an ominous hum, the tone of knowing that a storm was coming.

Just like on a deserted London street at a weekday at 4am, it is always quietest just before the dawn of activity and England’s batsmen knew exactly what was coming on the tour as the noise disappeared with Johnson on his mark. 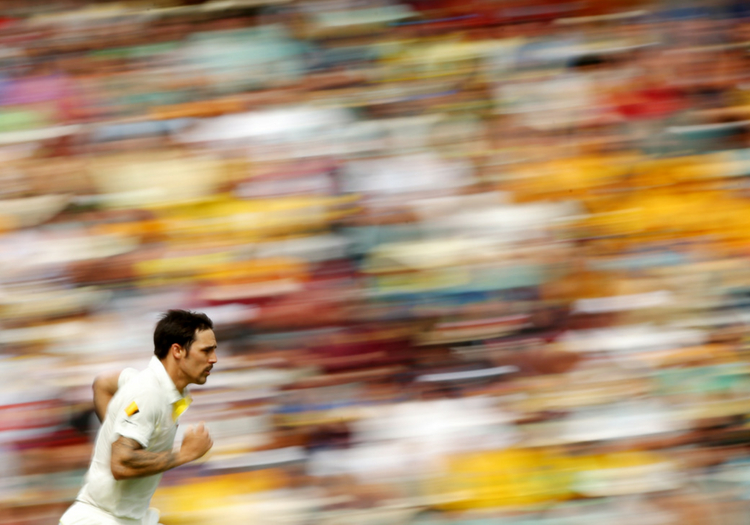 The fast-bowler destroyed England during the 2013/14 Ashes, taking 37 wickets as the hosts earned a 5-0 whitewash

In 2014, while touring South Africa, there was no let up from the leader of the Australian attack. The hosts, like England before them, were well aware of what was to come. Pure, unbridled annihilation.

In the first Test, at Centurion, Johnson took 12 for 127, the best figures by a fast bowler against South Africa since readmission, as he concussed Ryan McLaren, broke Vernon Philander’s bat and dented Hashim Amla’s grill.

In terrorising a second set of opponents, the jet black haired quick hit the biggest purple patch of his career, a selection of fast bowling highlight reels harking back to days gone by when fiery intimidation was routine.

Only AB de Villiers could cope with Johnson in this series, and that says more about the South African’s legendary status as a batsman of the highest quality rather than any sort of slight on the Australian.

As recently as 2017, Johnson continued to have his way with batsmen, running through batting orders in the Big Bash League (BBL) in Australia for Perth Scorchers. In 19 matches, Johnson took 20 wickets over his BBL career with an economy rate of 6.15 and an impressive 227 dot balls.

The most memorable of performances from the fast bowler came in the 2017 semi-final against Melbourne Stars where Johnson took figures of 3-3 from four overs, the most economical completed figures in the history of the competition, as his pace fired the Scorchers into the final, which they also won.

When Johnson was good, he was great, when he was bad, he was woeful. Arriving in England under a huge weight of expectation, the quick was erratic from the off in 2009.

Erratic, bowling to the left and to the right (spawning the infamous Barmy Army tune) was the result of technical issues, including a lower release point, and a very public personal saga in the Australia media affected the confidence of the man.

In the 2010/11 home Ashes, Johnson was better, but still nowhere near his scintillating best. The third Test, in particular, saw a red-hot Johnson fire the hosts to victory in Perth.

The left-armer was, though, dropped for the second Test and England, by and large, were happy to face him. This, of course, could not have been further from the truth in the next home series for the Aussies.

Despite his travails in 2009 and 2010/11 Johnson’s ugliest, and lowest moments, perhaps, are the times he came close to quitting the game altogether.

First, in 2003/04 when the fast-bowler lost his state contract with Queensland after suffering a fourth stress fracture. He drove a plumbing van, a job given to him by Brett Mortimer - his boss and coach, and contemplated packing cricket in for good. He persevered, but these thoughts would return once again.

Johnson again had thoughts about quitting cricket before his stunning resurgence while on an enforced seven month layoff from the game after breaking his toe batting on the South African tour in 2011. He had some honest and frank discussions with his wife and, eventually, dug in and carried on but it was undoubtedly a low time in the Australian’s life.

0-104 off 27 overs in Brisbane in the 2010/11 Ashes needs no further comment, really. Johnson’s darkest day on a very dark day for Australia indeed. Twice in his career did Johnson concede over 100 runs without taking a wicket against England.

JOHNSON RETIRES FROM ALL FORMS OF CRICKET