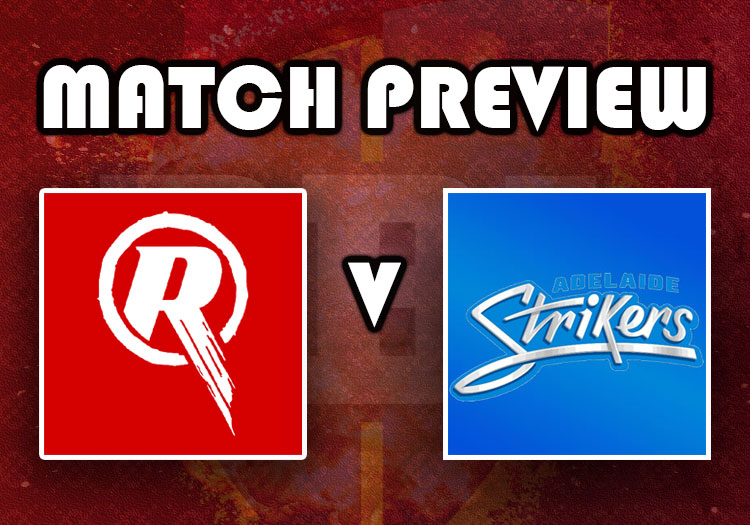 Melbourne Renegades will host Adelaide Strikers in match 54 of the 2022/23 Big Bash, the 12th edition of the tournament.

The game will be played at Marvel Stadium in Melbourne.

Though the line-up for the Qualifier is already set, there remains plenty still to be decided in the final round of regular season matches.

Melbourne Renegades start the game fourth in the table, knowing avoiding defeat will be enough to secure a playoff spot.

Indeed, they will have half an eye on leapfrogging Brisbane Heat and securing a third-place finish, which will see them progress to the Knockout and face the winner of the Eliminator.

It is arguably a bigger day for the Strikers, who must win to stand any chance of progressing.

Two points behind Sydney Thunder and Renegades at the start of play, defeat will end hopes of adding to their only BBL title won in 2017/18.

In their previous meeting, Strikers prevailed by 20 runs, after making 202 for 4 from their 20 overs. However, they have been unable to add to that January 10 victory, having lost their last four in a row.

The Renegades' form is not much better, having lost three of their last four. 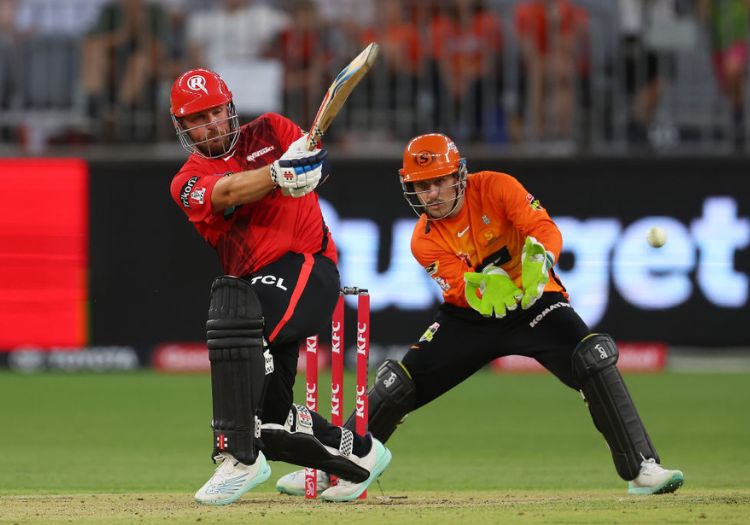 Australia's T20 captain went some way to amending that with a blistering 76 not out from 35 balls against Scorchers, smashing seven fours and five sixes.

Coming in at No.4, he'll likely come in against Colin de Grandhomme, whose medium pace in the middle overs has been expensive.

There is a 30 per cent chance of rain in Melbourne, with forecasters expecting a cloudy, unsettled day around the city.

Kane Richardson is back in the Renegades' squad after missing the match against Perth Scorchers with soreness. A 16-player match has been confirmed for the match.

Strikers are without Ben Manenti with an ankle injury while Thomas Kelly has been left out. Ryan Gibson has been added to a 13-strong squad for the match. 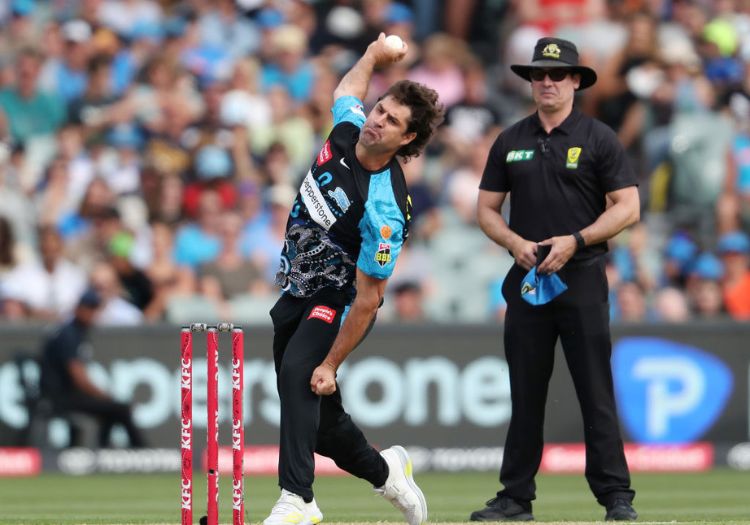 Adelaide Strikers are favourites with the bookmakers, with a best price available of 5/6. Melbourne Renegades are rank outsiders, with some outlets offering 1/1.

Renegades are within touching distance of the playoffs and after some tough times of late they should get the job done.

Yes. Tickets are available from $5 for children and $23 for adults, and can be bought via Ticketmaster.

Fox Sports and Seven Network both have television rights in Australia, while coverage will also be available via the streaming service Kayo. Fox will show every game, while 45 matches, including the knockout stages, will be shown free-to-air on Channel Seven.