The Analysis: A tale of two Alices 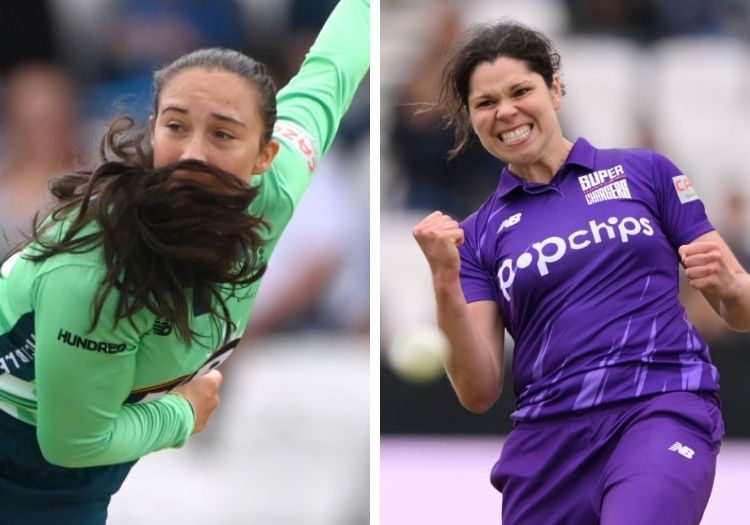 Alice Capsey is the player of the moment in women’s cricket.

Her first involvement in The Hundred was to dispatch 2017 World Cup winner Alex Hartley for four. In her second match, against a London Spirit side which included, amongst others, England captain Heather Knight, she scored a 41-ball 59 to help her side to a comfortable 15-run victory.

At Emerald Headingley, she didn’t light up the match with the ball, departing for a 12-ball eight in the final five of the powerplay. However, with the ball in hand, she produced one of the most eye-catching performances of the tournament to date to leave the 6,000+ in attendance wondering if there is anything the teenager can’t do?

The reason for our collective surprise is that until this match, Capsey hadn’t bowled a single ball in The Hundred. And yet, when faced with an opening pair of the class of Jemimah Rodrigues and Lauren Winfield-Hill, Dane van Niekerk handed the ball straight to the 16-year-old. She made it look easy: just three runs conceded off her first five and a further two off her second to finish the powerplay with figures of 0 for 5 from 10 deliveries.

Such is the high regard she is clearly held in by her Invincibles teammates that when the match was beginning to get away from them at the halfway stage – Danielle Gregory and Grace Gibbs conceding 19 runs off 10 balls – Dane van Niekerk once again turned to the teenager.

And once again, she delivered, removing the dangerous Laura Wolvaardt and Bess Heath (caught and bowled) in the space of three balls to leave the Superchargers rocking on 66 for 4. Her final five yielded a miserly three runs as she finished with figures of 2 for 9 and also took the catch to dismiss Laura Kimmence off the 66th ball. Again, I ask the question, is there nothing Capsey cannot do?

And yet, somewhat frustratingly for Capsey, who, alongside teammates Tash Farrant (2 for 24) and Mady Villiers (2 for 19) could be the future of England’s bowling attack in a post-Katherine Brunt era, she wasn’t the best player on the pitch today - she wasn’t even the best Alice!

That honour goes to Northern Superchargers allrounder Alice Davidson-Richards who changed the game with both bat and ball.

Coming in to bat with her team struggling on 28 for 2 after 30 balls, the 27-year-old settled into the game quickly, taking just four deliveries to score her first boundary, before showing her experience and class with a crucial anchor performance as her teammates struggled around her.

Wolvaardt, Bess Heath, Kimmence, and Linsey Smith all wilted under the pressure of Oval Invincibles’ bowlers but while Davidson-Richards resilience was impressive, her most important contribution with the bat came after the 80th ball, when she and Kalea Moore put on 26 runs from 16 balls to push Northern Superchargers into triple-figures – a scenario which had seemed unlikely a few balls earlier. 16 of those runs came from the bat of the South East Stars player and when she departed for a 30-ball 42 in the penultimate five, she left the field with a spring in her step, perhaps knowing she’d pulled her side back from the brink and into a winnable position. 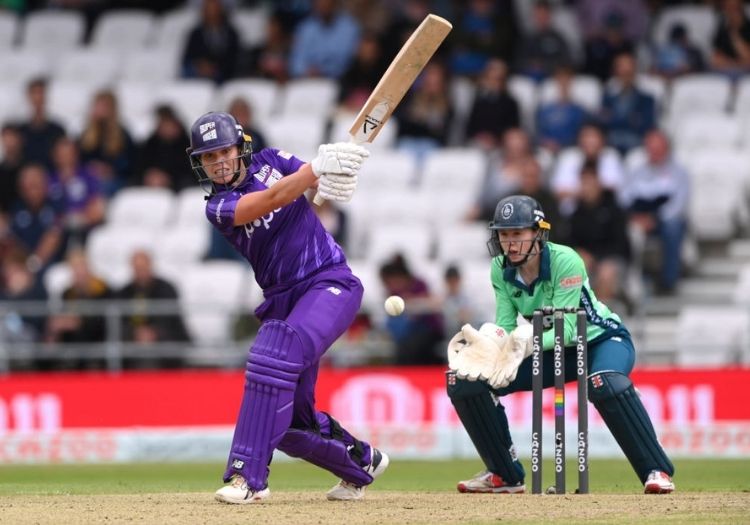 It was Davidson-Richards who came out on the winning side, thanks to her 42 and two wickets with the ball

Taking 20 minutes to catch her breath, she was thrust back into the action early on, bowling the second five of the day and conceding just two runs from it. She continued to frustrate the Invincibles with her elegant pace bowling, and in particular her slower deliveries, conceding just 10 more runs from the middle ten balls of her spell.

But it was at the death where she again played a crucial hand for Northern Superchargers.

Having watched Dane van Niekerk smash teammate Smith for three consecutive boundaries in the penultimate five, Davidson-Richards had the difficult task of trying to stop the South African and established partner Sarah Bryce scoring 10 runs off the final five balls. No sweat. Four runs were conceded off the first three balls before capturing the wicket of Bryce to leave Villiers needing a six off the final ball. Her full-length ball was on the money, restricting the England international to a punch-through to cover and a dashed single.

Davidson-Richards is herself a former England international, collecting six white-ball caps in 2018 before finding herself edged out of contention by the depth of batting talent at Knight’s disposal. However, after scoring 42 runs and collecting figures of 2 for 17 against Oval Invincibles – not to mention 159 runs and two half-centuries in the Rachael Heyhoe Flint Trophy – she should consider her hat well and truly thrown in the ring for international selection. And who knows, she might find Capsey alongside her when, not if, she makes her return for England.