NICK FRIEND AT THE KIA OVAL: At the other end, Ollie Pope was possibly more eye-catching, but Amla - after a poor start to the year - proved that life remains in a great of the modern era 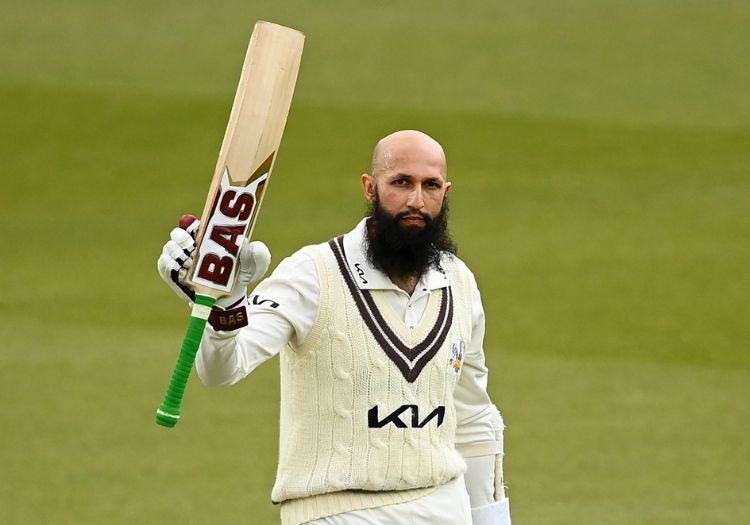 At his best – and this was something close to it – few players in the modern era have made this sport look quite so pleasingly simple.

Amla has only ever been graceful, no matter the scenario. So, watching him struggle a week ago at Lord’s became a difficult viewing experience. He only lasted four balls across two innings, registering a third first-class pair of a sparkling career. He was dismissed by Toby Roland-Jones for the seventh time in just five meetings – a sixth lbw in his last seven knocks and a third duck in five – and it felt almost negligent not to ask whether we might just be observing the beginning of the end for a great of his generation and beyond. Middlesex were conscious in targeting the stumps and Amla, so potent off his pads through his best years, obliged by missing straight deliveries.

But perhaps this is where the difference lies between the greatest and the rest. A matter of days ago, Surrey – on the back of a miserable, calamitous batting collapse last Saturday – seemed done for in their County Championship group, coming up against early leaders Hampshire, who were only a single wicket away from defeating Gloucestershire to maintain their perfect record.

And yet, two days later, all is well in the world once more. Nature is healing and Amla, back on a ground where his record is quite astonishing, eased himself from an overnight score of 59 through to a double hundred that spoke volumes for his continued willpower and insatiable appetite for runs, even at 38 – and with 52 first-class centuries already safely in the bank before this one. He was dropped once, on 184, but that was the extent of any peril. 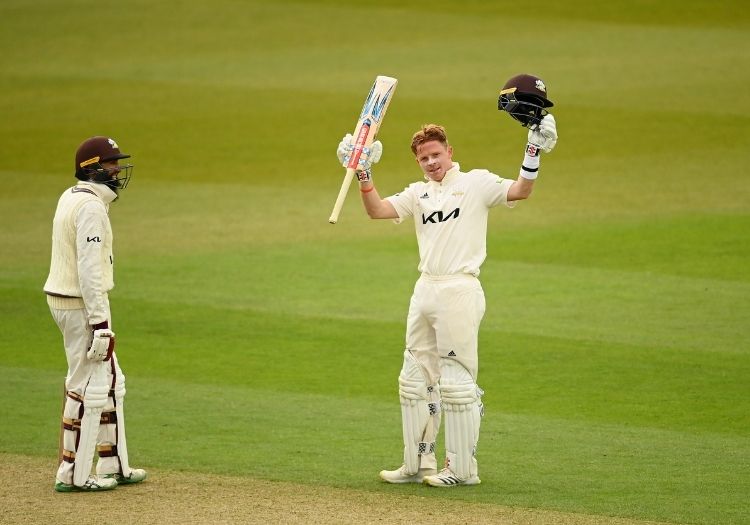 But the Kia Oval has always treated Amla well, and he has always reciprocated with the manner of his craft, providing a level of entertainment so classically timeless that it befits one of English cricket’s greatest amphitheatres.

This was his third first-class century at the ground, sitting alongside six fifties. His Kennington average now sits above 84, assisted by his remarkable, unbeaten 311 for South Africa in 2012. That vigil remains the highest individual Test score by a player from his country, comprising 529 deliveries and 790 minutes. This one – so far – has been decidedly shorter, only ended on 215 by bad light, and the feeling never disappeared that the only man capable of dismissing Amla might be Amla himself.

He reached the landmark of 18,000 first-class runs in the process and later reacted with a quiet, elegant nonchalance to the news from the stadium announcer that he had reached his double hundred, removing his helmet with a polite nod to accept the ripples of acclaim from around this deserted colosseum.

At the other end, Ollie Pope was possibly more eye-catching, though less frenetic than in recent weeks when he has been guilty – a double century of his own apart, against Leicestershire – of giving his wicket away after confident starts. Only once did he appear at all fidgety on this afternoon, and by then he was into the nineties.

If there were any doubts over his England position after a mediocre winter, then the last three weeks will have soothed any such concerns: only four men have scored more runs in this year’s County Championship, while Dom Sibley and Ben Stokes have broken fingers and others – notably Zak Crawley – have struggled.

Pope’s hundred came off 129 balls, complete with the array of picture-book drives and wristy flicks that have had the English game purring for as long as onlookers have known his name. This was an 11th first-class century by the age of 23 and his seventh in 16 innings at the Kia Oval, where he now averages 105. Given the platform laid by the carnage caused chiefly by Jordan Clark on Thursday, this was an ideal situation for his brand of immensely watchable showmanship. 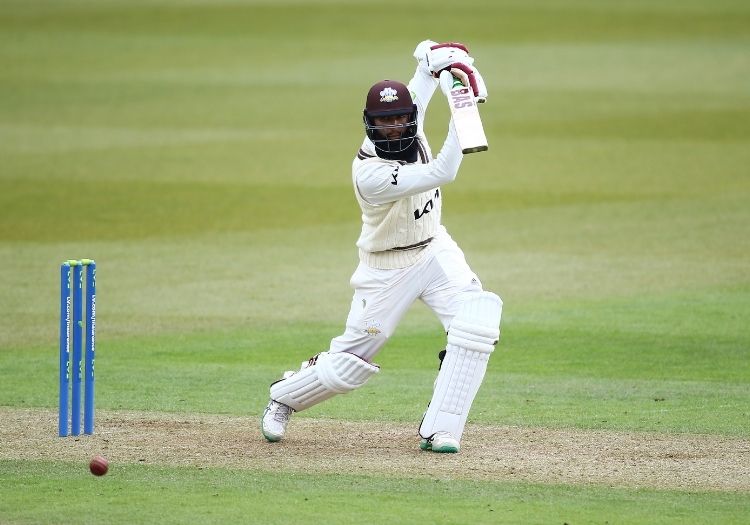 It is meant as no disrespect to Rory Burns, but his dismissal early in the morning session to Liam Dawson’s left-arm spin only multiplied the aesthetic pleasure on show. Amla alone was a treat but, in box-office partnership with Pope, their shared fluency a deserved a crowd.

Surrey’s dominance, briefly interrupted by Pope’s demise – well caught by Brad Wheal stationed in a wide gully position – continued when Jamie Smith came to the crease, promoted ahead of Ben Foakes. He reached fifty in just 64 balls and didn’t stop there; his century partnership with Amla was achieved in just 155 balls.

By the close of play in a match that Hampshire would rather forget, Surrey’s supremacy had swelled to become a lead worth 421 runs at the halfway stage in a game that the home side will feel as though they must win from here. James Vince, Hampshire’s captain and one of six seamers used during the course of 132 overs, will have other ideas.

But on this occasion, it was Amla – another man whose runs ooze class – who stole the day. And after a difficult start to his summer, there was something very reassuring about witnessing its unfolding, knowing that plenty of life remains in one of the masters of the modern game.