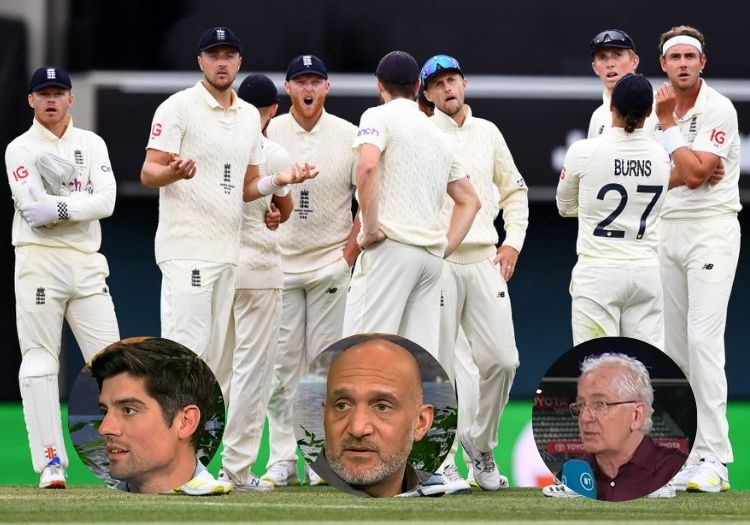 A trio of ex-England captains have taken aim at the performances that accompanied the 4-0 Ashes series defeat to Australia and are demanding real change to return the team to the summit of Test cricket again.

Joe Root's side capped off a torrid tour by losing all 10 second-innings wickets for 56 on either side of the second interval on day three of the fifth Test in Hobart.

It came after Australia set them 271 to win following Mark Wood's career-best 6 for 37. A 68-run opening stand provided brief hope before a dramatic and embarrassing collapse consistent with England's Test form in recent years.

Though the urn was already gone and the draw in Sydney had ended the hosts' hopes of a third whitewash in six home series, this 146-run defeat, accompanied with some abject dismissals, only adds to the ignominy.

Stationed in the BT Sport studio, England's leading Test run-scorer Alastair Cook led the calls for an overhaul of the leadership structure around the team, ahead of director of cricket Ashley Giles' report into the series.

"I would be surprised if England go to the West Indies (in March) with the same structure in place," he said. "I'm not saying Joe Root won't be captain I just can't see how you can't make changes. 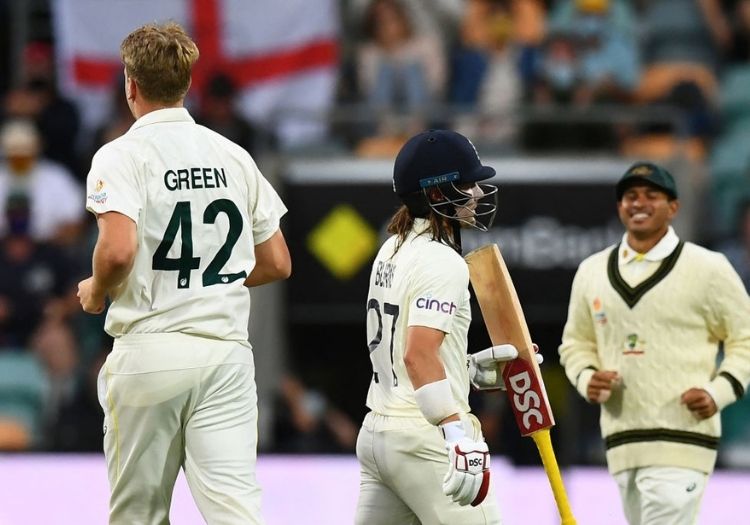 Once opener Rory Burns departed, the writing was on the wall (William West/AFP/Getty Images)

"We've had the same coaches and leadership in that group of players in the last 18 months and I haven't seen any improvement.

"If you have the same leadership group and they lose in the West Indies then their position is untenable so there will be changes and there has to be."

"That (collapse) was tough viewing and it has to be our rock bottom," added Cook, skipper between 2010 and 2017. "There cannot be a worse place to get bowled out in an hour-and-a-half.

"You get bowled out in a session once or twice in your career. You see a batting line-up devoid of all confidence and belief.

"They do not seem to be able to withstand any amount of pressure. That was ghastly. It was pathetic." - @markbutcher72

"That has to be our rock bottom. Until people grab this team by the scruff of the neck I can't see them changing." - Sir Alastair Cook#Ashes pic.twitter.com/NKuZaIFWoO

"Once you lose one or two wickets no one is stepping up and stopping that slide. Talk all you want but until people grab this team by the scruff of the neck and move it forward themselves I can't see them changing."

Being skittled out for 124 was the sixth time in the series England had failed to reach the modest threshold of 200. Indeed, since the start of 2019, they've only reached 300 on nine occasions away from home.

Mark Butcher, sitting alongside Cook, was similarly infuriated by the performance which he described as "pathetic".

"That was ghastly, it really was," said the ex-Surrey batter, who captained England in one Test in 1999.

"They haven't been able to give them enough rest and that is the epitome of how the tour has gone. It was pretty pathetic in the end.

"Joe Root finds himself with people unavailable, because where are they? The IPL. What good is that for English Test cricket?!

This is the oldest, more important form of the game, we need to defend it."

Speaking from Hobart, David Gower focused on the structure behind the scenes which has seen Eoin Morgan's white-ball team given preferential treatment in terms of selection and the scheduling of the domestic calendar, particularly in recent years.

Though that policy helped deliver the 2019 World Cup on home soil, a shift in priorities is being demanded.

"It has been horribly obvious for people watching from a distance that Eoin Morgan has everything he wants with the white-ball team," explained Gower. "Yes, we won the World Cup and everyone loved that moment at Lord's two years ago.

"But poor Joe Root, and I have genuine sympathy for him, finds him with people who aren't available because they're in the IPL. What good is that for English Test cricket?

"This is the oldest, most important form of the game. We need to defend it, we need an England team playing it well and is not languishing at the foot, barely even the foot, of the World Test Championship. 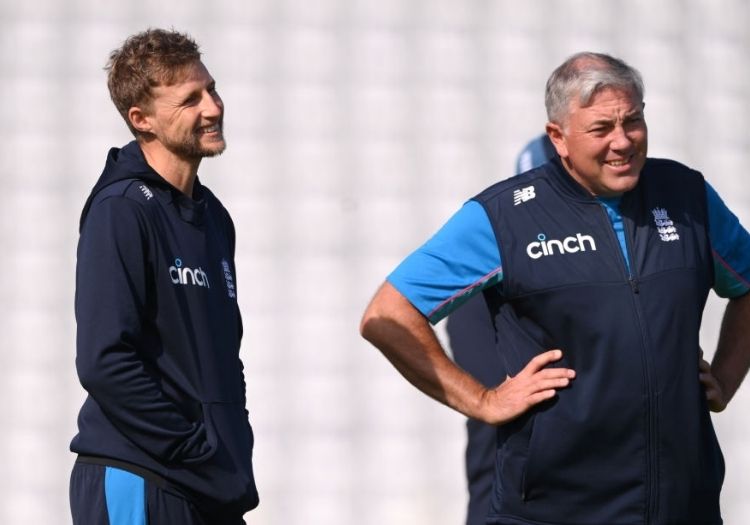 "You need a big kick-up somewhere. You look at personnel for sure and there will be people fearing for their position in the side, but you also have to consider who else there is to take over?"

Gower had an ill-fated spell in charge of England in the 80s, losing 18 of his 32 Tests at the helm that included operating underneath a selection panel headed by chair Peter May.

Ed Smith's exit as chief selector last saw Chris Silverwood given the responsibility for choosing the team alongside his duties as head coach. Combining the roles confuses matters, according to Gower.

"I don't think it works to have a coach who picks the team, coach a team, advise the captain, talk to people who are down, pick them all up again, because when it comes home to roost you're in charge of a team who has lost 4-0," he added.