The Bangladesh wicketkeeper disturbed the bails before he had collected the throw from mid-on, and then failed to remove a stump from the ground 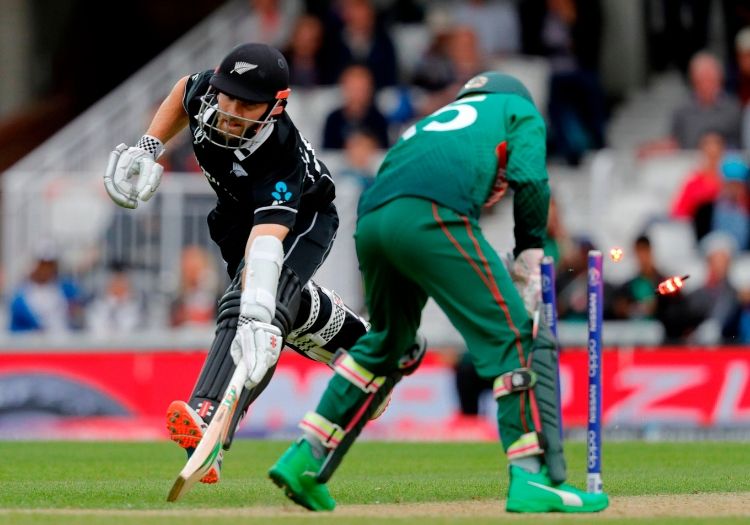 New Zealand skipper Kane Williamson was on the receiving end of a huge slice of luck thanks to a blunder from Mushfiqur Rahim at the Oval in the match between Bangladesh and New Zealand.

Ross Taylor had attempted a run after hitting Shakib Al Hasan to Tamim Iqbal at mid-on, who then threw the ball to Mushfiqur's end with Williamson struggling after being slow out of the blocks.

How costly could that be? Williamson is stranded run out, only for replays to then show Mushfiqur broke the bails before the ball arrived. Tamim's throw was going to be a direct hit!

However, the Bangladesh wicketkeeper disturbed the bails with his arm before he had collected Tamim's throw, which looked destined to hit middle stump in any case.

Mushfiqur failed to pull out one of the stumps from the ground and therefore the decision of not out was given by the third umpire.

New Zealand were 61-2 in the 12th over at the time of the incident chasing 245 to beat the Tigers.