CPL TEAM PREVIEW: Chris Lynn and Evin Lewis offer tremendous strike-power for the Patriots, who will need their bowlers to step up to the plate if they are to enjoy success in 2020 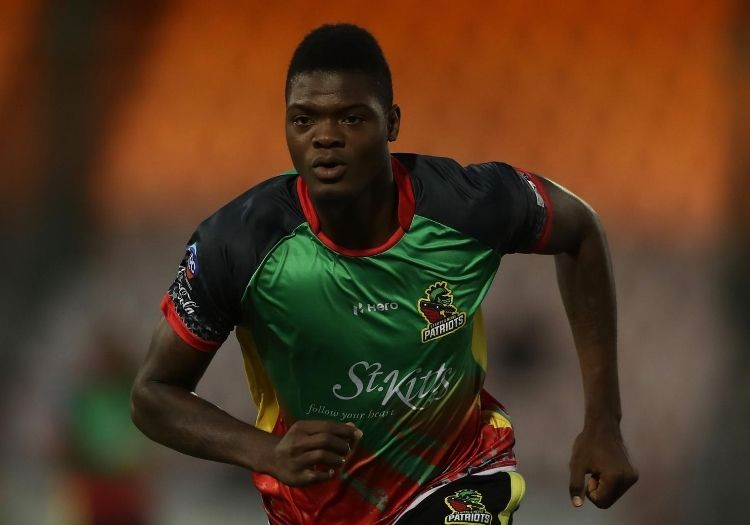 The Patriots reached the knockout phase for the third year in a row after turning around a dreadful start to sneak into the top three. After five matches they had as many wins and points as St Lucia Zouks but they won four times during the second half of the campaign.

There is little doubt over the crucial result of the preliminary stage. It came via a super over after the second tie in CPL history. Trinbago Knight Riders had a 100 per cent record coming into the match and looked on course for victory after Lendl Simmons led them to a total of 216 for 4.

Evin Lewis and Carlos Brathwaite combined to keep the match alive and when 18 runs came from the final over - Rayad Emrit struck a boundary to force extra time - a super over loomed. Brathwaite rolled back the years to inspire the Patriots, first with the bat as he powered 18 and the with the ball, conceding just five.

Knight Riders would have the last laugh however as they prevailed with a degree of ease by six wickets in the Eliminator.

Chris Lynn: After five years at three different sides, Lynn is back in the CPL after missing the 2019 edition. In 30 innings in the competition he has averaged 26.63, with four half-centuries.

Lynn is a regular across franchise cricket and given his potency at the top of the order there are few signs he is willing to let up. He enjoyed a fine Pakistan Super League, averaging above 40 which included a one three-figure score. Success in the Big Bash meanwhile had sparked suggestions of an international recall.

Evin Lewis: Accompanying Lynn at the top of the order is Lewis, who is signed up for a sixth season with St Kitts. The 28-year-old scores in the late 140s in domestic T20s, with an average of 25.12.

Lewis has spoken of how he allowed his fitness to slide during lockdown, but he is confident that St Kitts are contenders in this competition. Injury and inconsistent form has hurt him in recent years, but he will need to be firing on all cylinders in 2020.

Sheldon Cottrell: One of the most exciting white-ball bowlers West Indies cricket has produced in a decade. The 30-year-old has quality to back-up his bravado and is the central pillar of this Patriots team.

With an average below 20 in nine seasons in the CPL, Cottrell is as threatening as any seamer to have graced this competition, possessing the pace to steam-roll opponents and natural shape to bamboozled batsmen.

Cottrell and Alzarri Joseph give the bowling attack some real venom. Indeed, it might be the best seam battery in the competition, with Sohail Tanvir having remained from the overseas contingent. Joshua da Silva is an exciting young player and there are some reliable figures in the middle-order in the form of Ben Dunk and Denesh Ramdin.

The build-up to the competition has been far from ideal. Head coach Simon Helmot was forced to step away after testing positive for COVID-19, with Courtney Walsh and Mark O'Donnell coming in at the start of August.

Spinner Dennis Bulli is also missing after testing positive. Rassie van der Dussen is out after most of the South African players were unable to confirm travel arrangements, while Sunny Sohal is also absent.

To cap it all off, Fabian Allen is now unavailable after missing his flight to Barbados - where he was due to take a chartered flight to Trinidad and Tobago - after misunderstanding the details regarding his travel. Players had to arrive 14 days before the competition and can only take chartered flights.

How far will they go?

The squad has enough in the locker reach the knockout phase but the bowling attack might lack the variety required to go all the way.