After the shock of 2019, is this the year for Guyana Amazon Warriors?

CPL TEAM PREVIEW: Guyana romped to the final of last year's competition before slipping up against Barbados Tridents. Can they go one better in 2020? 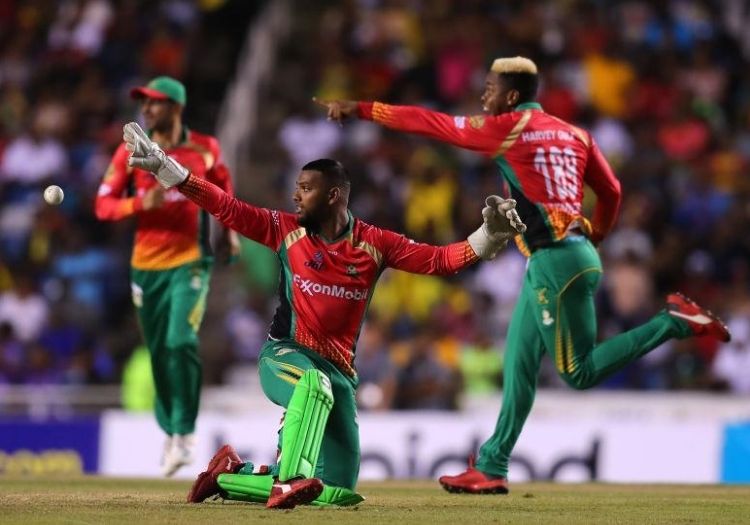 Groundhog day. The Warriors were once again left rueing their fortitude on the big occasion as they fell at the final hurdle for the fifth time in seven years.

Last year was perhaps the most galling experience of the lot. They qualified for the knock-out stage with a 100% win record - the only team to do so in the tournament's history.

They cruised into the final, beating Barbados Tridents comfortably in Qualifier 1 but come the rematch they lost their nerve again.

The 2014 winners put on 171 for 6 from their 20 overs and thanks to some inspired bowling from Raymond Reifer, Harry Gurney, and Ashley Nurse they restricted the Warriors to 144 for 9.

Brandon King: The Jamaican opener was the true breakout star of the 2019 CPL, top-scoring with 496 runs, which included a century and three fifties, to power the Warriors to the final. That three-figure score was the highest individual effort in the history of the competition.

Those performances led to him making his international debut for West Indies later that year, and while he has made an inauspicious start the pressure is on to replicate his performances from last year.

King wacked a tournament-best 32 sixes but those heroics will have extra significance this year, having pledged to donate $100 to the Greater Trench Town Foundation in Jamaica and an unnamed Guyana-based charity for every time he clears the rope.

Ross Taylor: A fourth different team in eight years for the New Zealand batsman, who returns to the CPL after spells with St Lucia Zouks, Jamaica Tallawahs, and Trinidad and Tobago Red Steel.

The 36-year-old's reputation goes before him. Closing in on 500 international outings in all formats - a century of them have come in the 20-over game - he is quite the asset for the Warriors.

An average of 35.39 across his CPL career suggests he remains more than adept at this level. Indeed, his most fruitful outing came during his last appearance in 2018 when he struck 220 runs in nine innings for Tallawahs.

Imran Tahir: The only South African to be featuring in the CPL, due to the difficulty of travelling amid the coronavirus pandemic. The ageless 41-year-old is back for a third year with the Warriors where he has enjoyed plenty of success.

For only one other franchise does Tahir have a better average in T20 cricket (Titans), having taken his 32 wickets for the side at 15.03 apiece. However, having failed to hit those heights in the last two finals, he will be eager to make amends.

An infectious and emotional performer, it will be interesting to see Tahir playing behind closed doors without a crowd to feed off.

The batting line-up is primed to go big. Alongside the explosive King and reliable Taylor are Windies duo Shimron Hetmyer and Nicholas Pooran. There is also a decent battery of young allrounders in the form of Shefane Rutherford (21), Keemo Paul (22), and the newly enlisted Kevin Sinclair (20).

The absence of captain Shoaib Malik, one of the leading players from 2019, leaves a chasm of class and experience. Shadab Khan is also a loss in the spin department. There is perhaps a lack of top quality in the seam ranks. Naveen-ul-Haq has played just three times for Afghanistan and there will be plenty of onus on Romario Shepherd to produce the goods.

How far can they go?

Having been able to stem the flow of losses better than some of their rivals, this could finally be the year for the Warriors.