CPL TEAM PREVIEW: The Afghanistan legspinner is a major part of a Barbados squad that will be looking to win back-to-back Caribbean Premier League titles 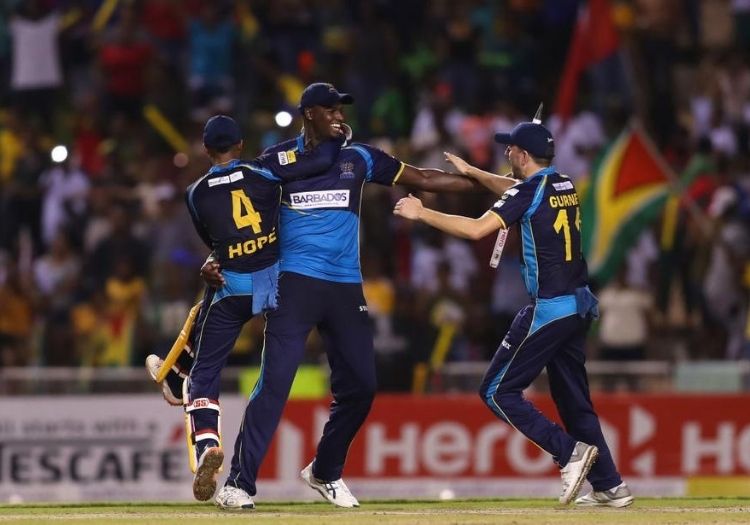 They only went and won it. In a remarkable group phase that saw Guyana Amazon Warriors win every single game, Jason Holder’s Barbados Tridents were second-best, and it was those two sides who ultimately met in the final.

The discussion throughout was that Guyana would have one off-day in their locker. And on the biggest stage with a trophy to play for, Barbados produced their best display of the tournament to claim their title.

Barbados Tridents have perhaps been worse affected by late changes to their squad than anyone else. Harry Gurney, Alex Hales and Marcus Stoinis would have forged a formidable nucleus but all three have been replaced since the tournament draft.

Nevertheless, Rashid Khan is a key player wherever he goes and will lead a jampacked spin attack.

Captain Holder is one of the most respected players in the global game and, while his forte might come in the longer format, he still possesses the attributes to have a major impact in this year’s competition.

Shai Hope only featured three times in a glorious 2019 campaign but his white-ball record – albeit mainly in the 50-over format – is among the best in the world.

Well led last year by the West Indies thinktank of Holder and Phil Simmons, Barbados Tridents come into this year’s unusual competition as reigning champions. That, in itself, must count for something.

With Santner, Rashid Khan, Ashlely Nurse and Hayden Walsh Jr all at their disposal, there is a clear plan in place, while there are plenty of seam options in Holder, Raymon Reifer and Keon Harding.

No one scored more runs for the franchise than Johnson Charles in 2019; he will need to do the same again, with hopes that Anderson and Hope can offer him adequate support. The addition of Shamarh Brooks should be interesting. He impressed on West Indies’ Test tour of England, but has a modest T20 record.

There is seemingly a fair bit of pressure on Johnson Charles to perform at the top of the order, with a lot of allrounders but few specialist batsmen.

Much will be expected of Hope to offer some stability alongside him. Contributions with the bat from Rashid Khan, Ashley Nurse, Holder and Mitchell Santner will no doubt help.

No one hit more sixes for Tridents last year than Nurse. Predominantly an off-spinner, he bowled just 14 overs in 2019, instead mainly being used for his big-hitting.

Reigning champions know how to win. Rashid Khan is the key. Even his mere presence places them among the favourites.