The England and Yorkshire seamer, who confirmed the news on Twitter, has spoken of his devastation as his season looks set to be curtailed 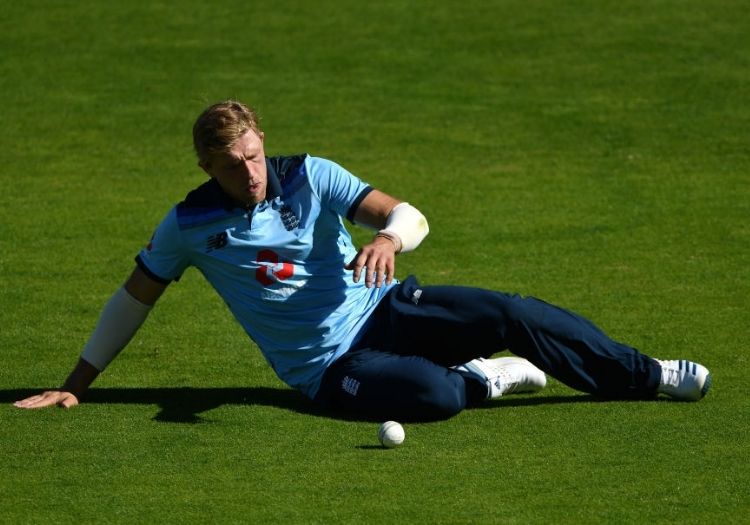 David Willey has tested positive for Covid-19 and is likely to miss the rest of the season.

The Yorkshire and England seamer and his wife have returned a positive test and are self-isolating for 14 days per government guidelines.

Matthew Fisher, Tom Kohler-Cadmore, and Josh Poysden are also in quarantine after coming into contact with Willey, ruling the quartet out of the rest of the Vikings' T20 Blast group campaign.

Unless Yorkshire progress to Finals Day on October 3, the quartet will not be able to play again this term.

“Thank you for all the kind messages,” said the 30-year-old on Twitter. “My wife & I received positive COVID test results. Gutted to be missing the remaining games. Even more, devastated that having been in contact with the other three lads Sat morning (before we had symptoms) means they’re at risk & unavailable too.”

Thank you for all the kind messages. My wife & I received positive COVID test results. Gutted to be missing the remaining games. Even more devastated that having been in contact with the other 3 lads Sat morning (before we had symptoms) means they’re at risk & unavailable too. https://t.co/mP1pZAiX1C

He subsequently posted a timeline of his turbulent summer, which has seen him in and out of the England fold and now facing an early end to his domestic campaign.

Upon being recalled to the England team, Willey was named player of the series for his displays in the one-day internationals against Ireland but was dropped for the T20s against Pakistan and Australia. The former Northamptonshire left-armer said he felt “hard done by”,  but England's loss was Yorkshire's gain as he returned for their T20 Blast tilt.

However, after playing in the win over Durham and defeat to Leicestershire he was one of four players withdrawn from the squad to face Lancashire as the club awaited the result of a test for coronavirus.

Get called back up to play for @englandcricket

Get left out of @englandcricket squad

Leave the England bubble to play for @YorkshireCCC

Yorkshire confirmed that an unnamed individual had tested positive and that all four players were now in self-isolation, ruling them out of the remainder of the Blast group stage.

Willey suffered further misfortune last summer when he was dumped from England's victorious 2019 World Cup squad at the 11th hour, despite having been a key cog of Eoin Morgan's side during the build-up to the competition.

He becomes the second domestic player to be confirmed to have tested positive for COVID-19, after an undisclosed member of the Northamptonshire squad returned a positive test, leading to their Bob Willis Trophy match against Gloucestershire at Bristol being abandoned.