WOMEN'S T20 WORLD CUP PERFORMANCE OF THE DAY: The Pakistan seamer squeezed every sinew out of the Manuka Oval pitch to inspire another surprise result in week one 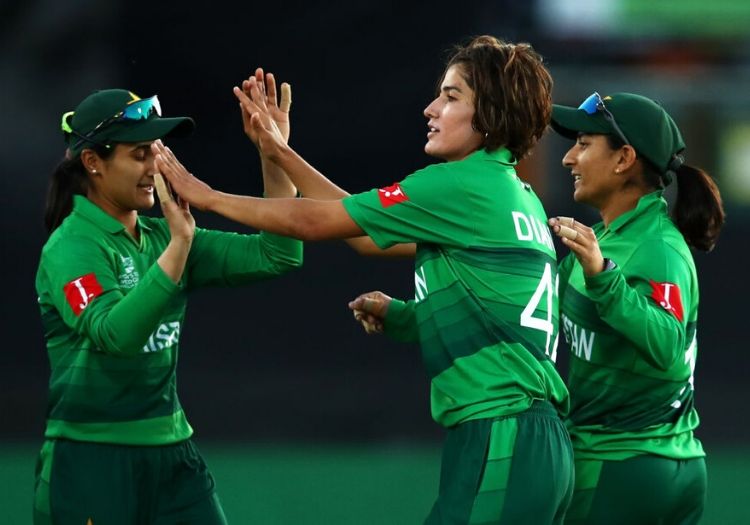 When Diana Baig embarked on her football career, it was very much by accident. She tried out for the local Gilgit-Baltistan side after discovering they were desperate for players. That would lead to playing for Pakistan in the SAFF Championships in 2014, a career she coupled with her cricketing aspiration.

Nowadays, she gets into the Pakistan white-ball side purely on merit. And the 24-year-old showed her worth as the Girls in Green kicked off their T20 World Cup campaign with a momentous victory over West Indies in Canberra.

As captain Bismah Maroof and fellow-experienced head Nida Dar stole the show with the bat, Baig laid the foundations for just Pakistan's sixth win in the history of the showcase tournament.

West Indies have a brutal batting line-up. Hayley Matthews, Stafanie Taylor and Deandra Dottin can take apart an attack on any given day. But they were undone by some intelligent bowling in the powerplay from Baig and partner-in-crime Anam Amin.

Between them, the pair bowled 28 dots ball, took three wickets and went for just 38 runs - just three of which were boundaries. Granted, they were fortunate to see the back of Matthews following a horror lbw decision but there was nothing lucky about what followed.

Baig, in particular, used the pitch to her advantage. Instead of pitching it up and trying to bring the Windies batters forward she banged the ball in, testing them outside offstump. While Taylor road out the spell, Dottin looked all at sea. Her innings of a single off 10 balls was perhaps the most curious of the whole tournament so far.

Once Baig and Amin has softened the top three up, Nida Dar came on to cash-in with some fuller off-spinners leading to some lazy strokes as the danger players Taylor and Dottin were both dismissed.

Maroof was unwilling to give away the secret to the success enjoyed by the attack but it was clear they were well-drilled from the outset, and able to execute their plans under pressure.

"I think she has been bowling really well with the new ball," she told the media. "I think that was -- with Aiman, as well. She bowled really well upfront, and I think credit to them.

"We take crucial wickets at good times, and that's what we wanted, restricting them under 120. That was very good effort by the bowlers. 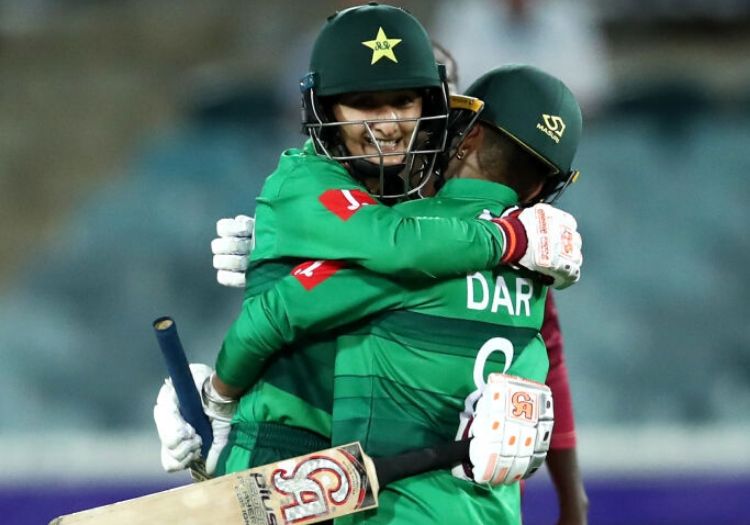 "What I said to my bowlers - let's work on the variations, slower ones, yorkers and target bowling. What's suitable for bowlers, where you pitch the ball, length ball, what's the length ball.

"Actually I saw the couple of matches in Perth. That's how we work over there, and it's worked, and I'm happy with Diana and other bowlers, too. They really bowled well."

When T20 cricket emerged from the ECB cauldron of ideas, it was meant to herald the death of the bowler. They were merely loading the gun, it seemed. Perversely, bowlers have become the prize-assets, with those able to curb the threat at the other end worth their weight in gold.

Pakistan have shown they have the talent, the execution and the plans to block-out fearsome line-ups. Now we wait to see how far it takes them in Australia.