WBBL 07: How did the English quartet fare Down Under? 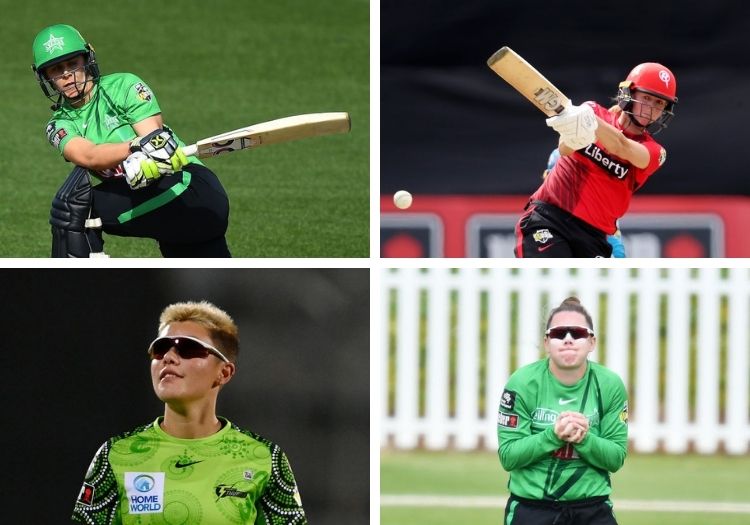 The Women’s Big Bash saw limited English representation this year. A tour of Pakistan, which was ultimately postponed, ruled English cricket’s most familiar faces out of WBBL07 and only four players, each in their debut campaigns, made the trip Down Under.

Having been overlooked by England, they were hoping to acclimatise to conditions, make a case for Ashes selection and test themselves at the pinnacle of women’s franchise cricket.

With their participation in the tournament over, it is time to assess how the England quartet fared, and whose time in Australia this winter may not be finished.

Highlight: Wong displayed her all-round abilities against the Adelaide Strikers, taking a frugal 0 for 8 from three overs before hammering 43 off 17 balls. While batters have been aware of the 19-year-old’s lightning-quick bowling for a while, her ability to smash sixes without slogging was not such common knowledge.

Must improve: Make that Adelaide effort the rule rather than the exception. Though she can now add Alyssa Healy, Meg Lanning and Ashleigh Gardner to her star-studded list of dismissals, Wong went at eight or more runs per over in eight separate matches. With the bat, heroics against the Strikers aside, Wong managed only 13 runs in five innings for a struggling Thunder outfit.

Verdict: In an England line-up packed with talented touch players, there is certainly a place for a power-hitter in the shorter formats, especially one that bowls near 80mph. The uncapped teenager remains a superb prospect and has done no harm to her reputation, although an Ashes call remains unlikely.

Howwww about that knock from Issy Wong!?

Highlight: An unbeaten 32 off 25 balls helped guide the Stars to a match-winning total against the Sydney Sixers. It marked the beginning of an excellent start to the tournament for Bouchier, as she passed 30 in four of her first six innings to cement herself as Melbourne’s batting anchor.

Must improve: The 22-year-old’s scoring rate could do with a boost. In her final four innings, she hit a mere 18 runs at a pedestrian 51.43 strike while her tournament strike rate was under a-run-a-ball.

Verdict: Bouchier’s spot in England’s Ashes middle order is far from guaranteed, with the likes of Sophia Dunkley and Danni Wyatt (in ODIs) also contending. However, if Bouchier has now demystified playing with and against Australia’s cricketing icons, something she was nervous about ahead of the competition, it has been a successful tournament.

Highlight: Against the Strikers, Smith took 2 for 19 and held three catches as the Stars won comfortably. Her slow left arm was a valuable weapon for Melbourne throughout the tournament, with her 5.80 economy rate bettered only by five bowlers who delivered more than 10 overs.

Must improve: With only six wickets in 10 innings, Smith was limited to a containing role, as pace bowlers Annabel Sutherland and Kim Garth led the Stars’ search for breakthroughs. Over three consecutive defeats (rained-off games excluded) towards the end of the season - a run which destroyed Melbourne’s playoff hopes - she took just one wicket.

Verdict: Smith has not played for England since June 2019 and that is unlikely to change soon. Despite a solid tournament, Sophie Ecclestone, Sarah Glenn, Charlie Dean and Mady Villiers remain ahead of her in the spin bowling pecking order. 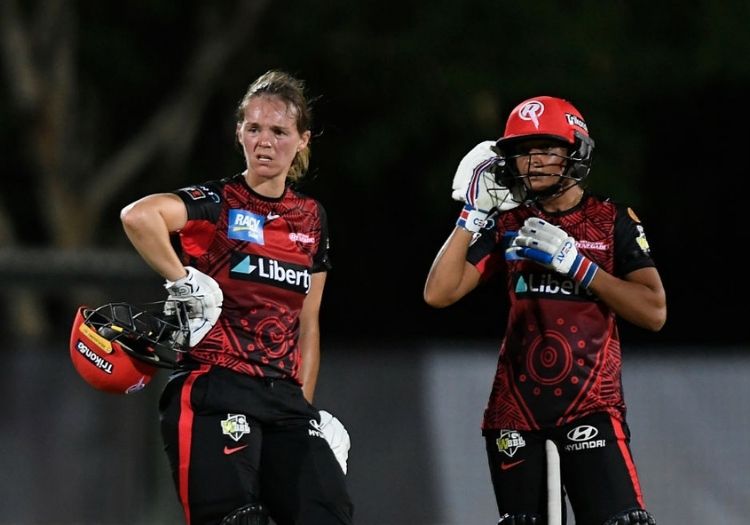 Highlight: Jones’ 46-ball 62 against the Brisbane Heat helped the Renegades post 207 for 4, the highest team total WBBL07 and the second-highest in tournament history. The victory was the first of three straight wins (rained-off games excluded) as Melbourne secured a playoff place before losing the challenger.

Must improve: Jones ventured Down Under hoping the Big Bash would improve her consistency, but questions over dependability were not answered. 178 of her 236 runs came in four innings, while she was dismissed in single-figures five times. Elsewhere, despite her reputation as a batting allrounder, Jones bowled just one over all competition.

Verdict: Following an excellent summer which saw her named PCA women’s player of the year, Jones viewed the tournament as a chance to push for a maiden international call-up. One half-century and a slew of low scores are probably not enough for an Ashes place, but she proved she can perform in Australia if called upon.