JAMES COYNE: The women's edition of the 100-ball competition offers another opportunity to grow the game after the climax to the inaugural T10 tournament at The Kia Oval 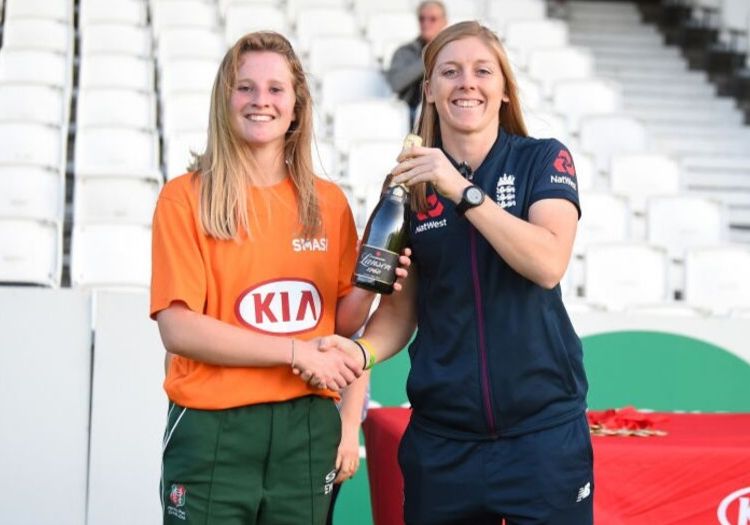 Emily Windsor is hoping to use Hursley Park’s Kia Summer Smash triumph as a springboard to playing in the Women’s Hundred from next season.

Windsor, 22, the Hampshire allrounder, produced two captain’s knocks on finals day at the Kia Oval to see her club overcome Plympton in the semi-final and Sessay in the final to win the inaugural Kia Summer Smash.

It meant the Southern Festival champions overcame Northern Festival winners Sessay, after they had each seen off the best from the West and the Midlands in the regional rounds.

“It’s not often you get the chance to bat on a pitch like this and an outfield like this,” said skipper Windsor. “You just get value for runs and I wanted to spend as long as I could out there. Luckily I did in both games. But it wasn’t just down to me – it was a fantastic team performance all the way through this competition.”

Hursley Park came through an equally dramatic Southern Festival final against Ansty at Wellington College, Berkshire, then Windsor’s 39 not out made sure they chased the runs against Plympton in the day’s first match at the Kia Oval.

They were chasing 83 in the final, but when the Hampshire side were reduced to 2 for 2 in Abi Glen’s opening over of the reply, the baton fell to Windsor to see them through inside the 10 overs. Her 42 not out from 28 balls suggested someone who could star in the gaze of cricket at a higher level.

“I wasn’t really thinking about it too much,” she said. “I think the Yorkie crowd [supporting Sessay] was spurring me on a bit. Even with Hampshire we always seem to have that battle with Yorkshire. I really wanted to get the team over the line. My grandad would say I prospered because I kept the ball on the floor.”

Windsor was the class batsman of the day, showing the best ability to use the pace on the ball and hit through the covers. She said she had struggled at times this season, but hopes her upturn in form has come along at the right time, with the ECB and the new Women’s Hundred entities soon to select the best domestic players to fill the team squads for the new 100-ball tournament next year.

“I want to be the best I can be. I had a Vipers contract last season and I didn’t get one this year, which was a bit of a setback, but to be honest I didn’t have the best county season so I didn’t deserve one. But I finished the county season on a real high and I’m going into the winter with a real buzz. 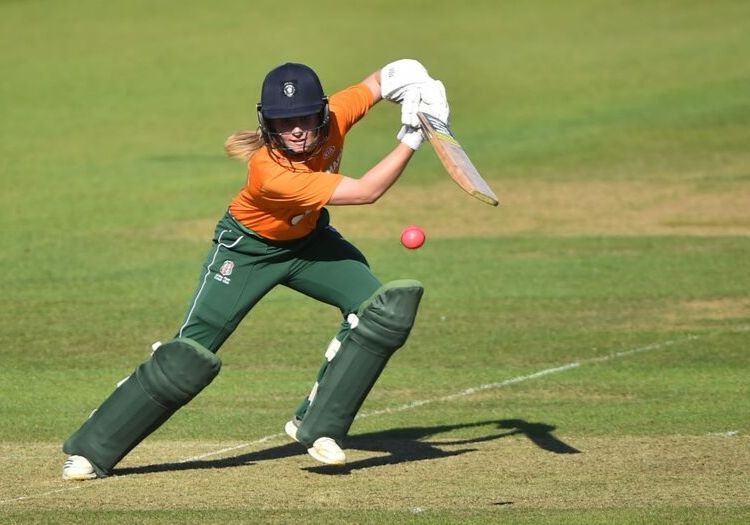 “With the restructure, the eight teams and the 100-ball, my ambition is to make one of those. But you just have to control the controllables and come up with performances like these and hope the right people see.

“I started playing for Hampshire when I was nine. So it’s been a long journey and my first time playing here [at the Kia Oval], so that’s just showing the way the women’s game is going. I wish I was younger because the opportunities are going up and up.”

Windsor certainly has the right mentor in England legend Charlotte Edwards, who was her childhood heroine and is now her coach and director of cricket at Hampshire. Edwards is also to coach the Southampton-based Hundred side Southern Brave.

“When I was young she was the one I looked up to. Now she’s my coach and is based down at Hampshire and I’ve played with her numerous times, which is a bit surreal. Now she’s at the end of a phone and my game’s only going to get better for that.”

The victory caps a superb season for Hursley Park’s women, who lifted the Southern Premier League title a few days ago.

“Credit to the team here today, but it’s not just this team here. We’re a fantastic club – we were Southern Premier League champions the other day and now to finish it with the Kia Summer Smash title is exactly what we came here for.

“We’ve had a fantastic season winning lots of silverware and this is the icing on the cake.”

The outcome was harsh on Sessay, especially Glen, who struck a fine 34 and took 2-7 with the ball. Their men’s side have twice won the National Village Cup in recent years, and the women came within a couple of balls of adding another national club title to their trophy cabinet in North Yorkshire.