Surrey breezed to 188 for 3 with four overs to spare, with Laurie Evans striking two sixes and eight fours in his 65 and Sam Curran making a career-best 72 not out 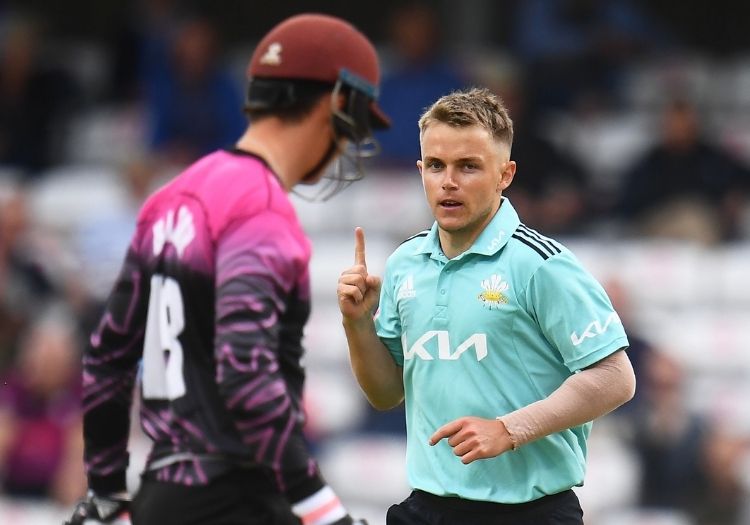 Laurie Evans and Sam Curran blitzed a century stand as Surrey made it maximum points from their first two Vitality Blast games with a merciless seven-wicket destruction of Somerset at Taunton.

The home side posted 187 for 6 after losing the toss, Tom Abell leading the way with 69 off 44 balls. Gareth Batty was the pick of the Surrey attack with one for 26.

In reply, Surrey breezed to 188 for 3 with four overs to spare, Evans striking two sixes and eight fours in his 65, while Curran’s career-best 72 not out featured six maximums and five other boundaries.

Their third-wicket partnership added 104 in just 8.5 overs and sent Somerset crashing to an embarrassing defeat.

Tom Banton fell in the first over of the home side’s innings, caught at short third-man off Sam Curran. Will Smeed smote two sixes and two fours in his 23, adding 41 with Hildreth before falling to Matt Dunn in the fifth over.

Former Somerset player Jamie Overton conceded 15 off the sixth over as Hildreth connected notched three successive boundaries and at the end of the power play the scoreboard read 63 for 2.

Hildreth fell lbw for 31 looking to flick Batty to leg, forcing Abell and Eddie Byrom to regroup. They took the score to 101 in the 12th over before Byrom was caught off Tom Curran for 14 and the same bowler soon accounted for Lewis Gregory. 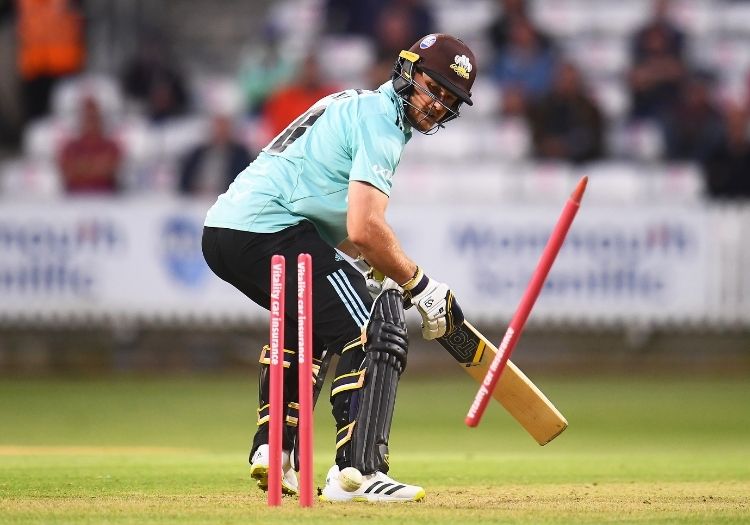 Laurie Evans made 65 for Surrey

Abell combined textbook shots with two boundaries from ramp shots and one from a reverse sweep in moving to a 34-ball fifty, with seven fours before producing the shot of the innings by hitting Tom Curran for straight six.

He was dismissed by Jordan Clark in the 18th over and, despite Ben Green’s unbeaten 24, Somerset’s total looked below par.

After a good opening over from Jack Brooks, Surrey’s reply was boosted by two no-balls from Marchant de Lange in a second over that saw him concede 22, including a Jason Roy six. Josh Davey struck with his first ball, having Will Jacks caught at cover. But a poor fourth over from Lewis Gregory saw Surrey end it with 52 already on the board.

Roy cruised to 30 off 14 balls before skying a leading edge off Davey to wicketkeeper Banton, but after six overs Surrey were well placed on 73 for 2. Evans looked in prime form, lifting Gregory over mid-wicket for six as Somerset’s undisciplined bowling continued and the hundred came up in eight overs.

He went to a quality fifty off 26 balls, while Curran blasted Waller for four and then six before surviving a caught and bowled chance in the 12th over and moved to his half-century off 25 deliveries. Evans fell to de Lange, but Curran was unstoppable and ended proceedings with a four.