Haseeb Hameed's Nottinghamshire get off to winning start

Matt Montgomery starred, making 87; his previous best for Nottinghamshire was 35 on his debut in the competition last season 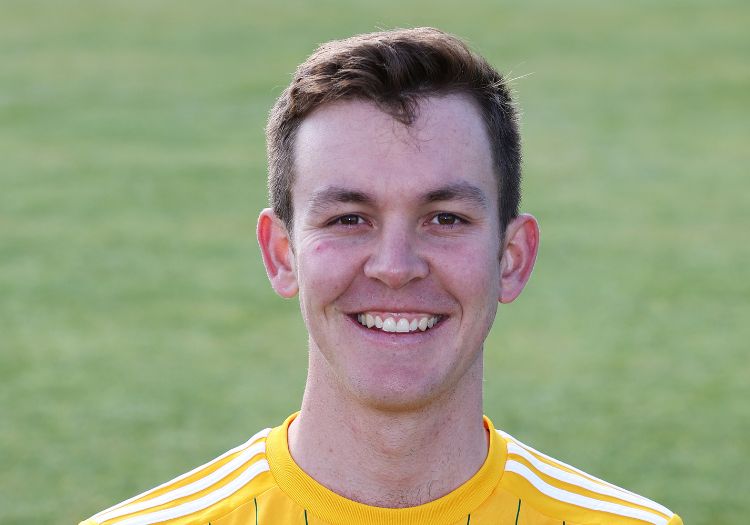 Despite a sticky start, Outlaws posted 290 for 7 from their 50 overs after left-arm spinner Patterson-White had hit three sixes in his 46-ball knock, which comfortably beat his highest score of 27 in his debut season in 2021.

Patterson-White then combined with bowler Dane Paterson to silence Sussex's most dangerous weapon, taking a stunning catch at square leg to remove Indian batting star Cheteshwar Pujara for just nine as Sussex were bowled out for 225 in 44 overs, with Tom Alsop's 75 off 80 balls in vain, Brett Hutton taking 3 for 24.

Montgomery's best for Nottinghamshire before this match was 35 on his debut in the competition last season, although he has a List A century for KwaZulu-Natal in his native South Africa.

The Outlaws looked to be in for a tough day after Haseeb Hameed, captaining them for the first time in a competitive match, had opted to bat on an overcast morning, when a laboured start saw them slip to 38 for 3 inside the opening 12 overs.

New ball bowlers Ari Karvelas and Brad Currie - both on trial with Sussex - exploited conditions superbly.  Karvelas found a thin edge to have Ben Slater caught behind before Sol Budinger top-edged an attempted pull off Currie and was caught at deep square leg.

When Sean Hunt replaced Currie at the pavilion end he struck the Outlaws a further blow as the ball looped off the shoulder of Hameed's bat to point, where Delray Rawlins held a low catch that was queried by the Outlaws skipper but confirmed as out. Montgomery and Lyndon James added 79 in just under 15 overs before the latter's mistimed pull was caught at short midwicket. But Montgomery pulled 18-year-old leg spinner Archie Lenham for six to go to 51 from 58 balls. 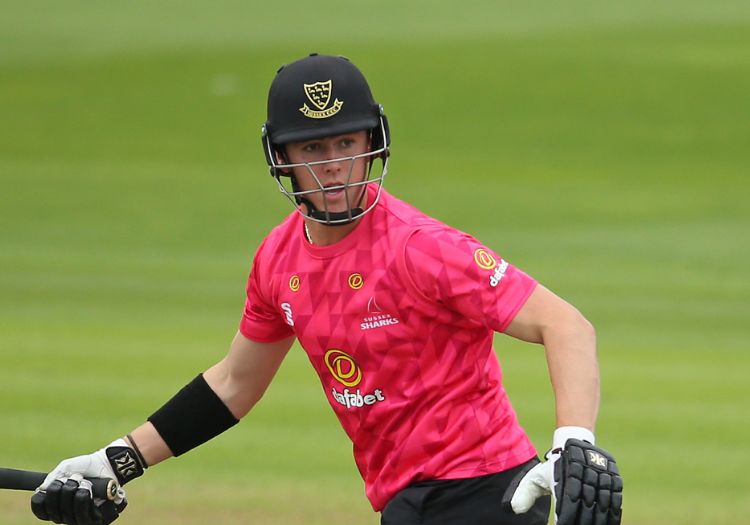 Wicketkeeper Dane Schadendorf was run out but the Outlaws now had momentum and with Patterson-White setting the pace the last 10 overs saw the total swell by 104 runs despite the loss of Montgomery early in the charge.

After playing largely orthodox shots to that point, Montgomery attempted a reverse pull as Currie returned to the attack and could only help the ball into the gloves of wicketkeeper Alsop. His dismissal was a welcome fillip for the Sharks but the Outlaws hit back with a barrage of sixes, Hutton clubbing three in his 14-ball 29 as he and Patterson-White added 53 from 29 balls for the sixth wicket.

Karvelas, whose first five overs conceded only 12 runs, saw his figures take a battering but Currie came back well at the death, his last two overs costing only seven.

Needing to score at just under six an over, the Sussex chase got off to a flier as Harrison Ward hammered 18 off Zak Chappell's opening over bit he was dismissed leg before by Dane Paterson for 28 after Ali Orr had been pinned in front by Hutton in the over before and the loss of Pujara in the 10th looked like a mortal wound.

Tom Clark was stumped going down the pitch to Patterson-White and Rawlins fell leg before to Chappell, at which point Sussex were 73 for 5 in the 19th over. Alsop raised the Sharks' hopes of finding a way back but after he and Ibrahim (40) had added 86 for the sixth wicket, he took one liberty too many with Chappell, hitting him for six and four but then miscuing a slow bouncer to be caught at wide mid-on.

Ibrahim was seventh out, pulling straight to deep backward square, Karvelas picked out Chappell at mid-on and Fateh Singh, the 18-year-old left-arm spinner, finished things off with his maiden List A wickets as Hunt and Currie were both leg before swinging across the line.

Ollie Robinson, named in the England squad for the opening two Tests against South Africa just before lunch, was due to have played but was withdrawn, the explanation given being that he needed more time to recuperate after his successful comeback on this ground in the County Championship last week.