Match times, streaming information, tickets and travel, team news, weather forecast and everything else you need to know ahead of the first round of the Charlotte Edwards Cup... 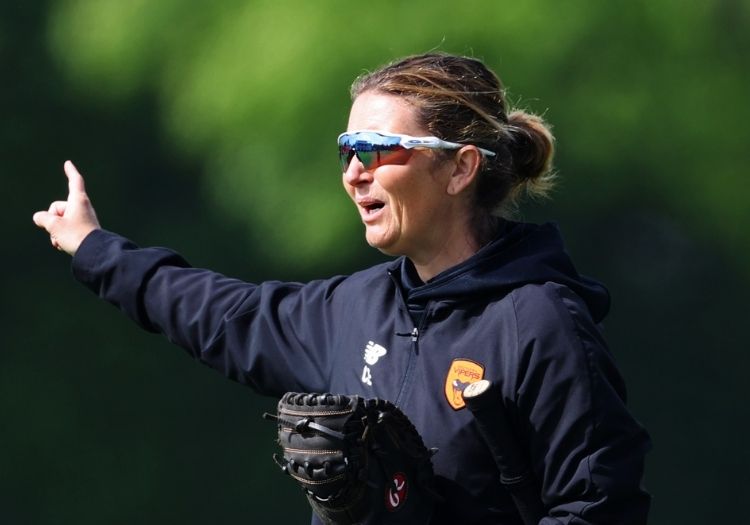 The second part of a double-header at Edgbaston that begins with a T20 Blast clash between Birmingham Bears and Durham, before culminating in the evening meeting of Central Sparks and Southern Vipers, two sides who have begun the regional campaign in fine fettle.

Vipers are top, perhaps unsurprisingly given their success last year, while Sparks - inspired early on by the ludicrous form of Amy Jones - sit just one point behind Charlotte Edwards' team.

Curiously, of course, it is for the trophy bearing Edwards' name that the eight regional hubs will be playing for in the T20 competition - a recognition of her contribution to the game in England and beyond.

Who should I watch out for?

For Vipers, Danni Wyatt comes into this competition with a point to prove after being left out of England's first two squads of the summer. She was perhaps not expected to make the Test cut, but her dropping from the ODI setup is a nod to her lack of international form for some time. With three fifties in four Heyhoe Flint Trophy matches, however, she has shown a timely glimpse of her best form.

In Issy Wong, however, Central Sparks might have the ideal weapon with which to tackle her. Wong - without her new-ball partner Emily Arlott - is highly rated and has claimed nine wickets so far in the 50-over tournament, a haul bettered only by Vipers' Charlie Dean.

While Amy Jones is the Heyhoe Flint Trophy's leading run-scorer, namesake Eve has also begun well, with 160 runs at an average of 53.33.

Amy Jones and Sarah Glenn are away on England duty. Emily Arlott has been released from the national squad and will be available for Central Sparks.

Southern Vipers have named a 14-player squad for the fixture.

England duo Georgia Elwiss and Danni Wyatt are available for selection after being released by the national side. Paige Scholfield is also in contention having recovered from a thigh injury.

Keep up to date with the MetOffice’s rolling forecast for Edgbaston: Click here

Radio: BBC Local Radio and the BBC Sport website will carry updates of the game.

Digital: The Cricketer will carry live scorecards and reports from every Women's Regional Competition match in 2021, as well as the latest breaking news from around the counties and exclusive features. Visit our Women's Regional Hub for more.

By car: There is controlled parking in place on matchdays. The streets immediately around the venue are for permit holders only. Organisers ask that fans consider their direction of travel when reserving a parking space.

Birmingham New Street Station is the main Birmingham hub. There are regular trains to Manchester and London with a journey time of less than 90 minutes. The 501 shuttle service operates from Smallbrook Queensway opposite TK Maxx (close to the Bullring). The service starts at 08:30 and runs directly to the stadium. New Street is walking distance to Edgbaston (around 30 minutes, with the route clearly signposted).

A close game between two good sides, but Southern Vipers' additional Heyhoe Flint Trophy could give them the edge.