Ricardo Vasconcelos, in charge of the team for the duration of the world’s premier and only cricket tournament during the ongoing pandemic, left out Keiron Pollard, Faheem Ashraf and Paul Stirling for the clash at the Ageas Bowl 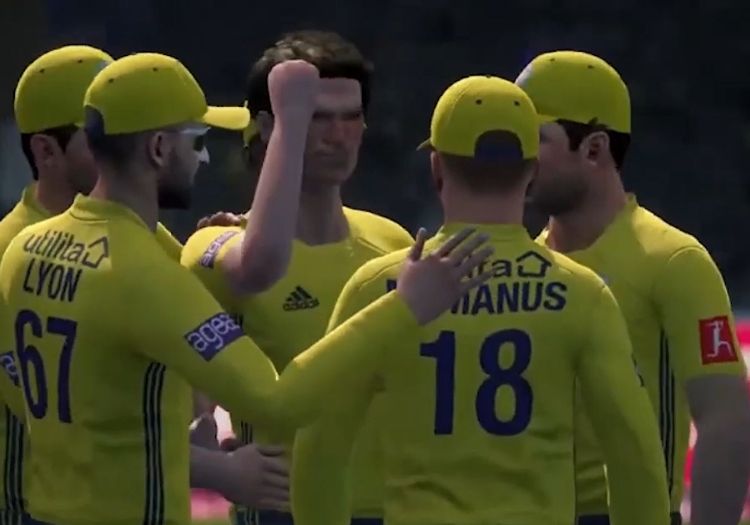 There will be an inquiry among the Northamptonshire members after Ricardo Vasconcelos began the Quarantine Cup by leaving out all of the county’s overseas stars for their opening defeat by Hampshire.

Vasconcelos, in charge of the team for the duration of the world’s premier and only cricket tournament during the ongoing pandemic, left out Keiron Pollard, Faheem Ashraf and Paul Stirling for the clash at the Ageas Bowl.

The move appeared bold at the time - though sources within the Northants camp suggest that it was more down to Vasconcelos’s lack of familiarity with Cricket19 rather than a tactical statement - and it did not turn out in the South African’s favour.

Instead, Northamptonshire failed to use up their allocated five overs, with Hampshire - led by Mason Crane - routing them for just 34.

Crane’s batsmen reached the target with an over to spare in what was an emphatic victory. For Vasconcelos, however, a few extra hours in the nets might be in order before he returns to the action against Warwickshire on Sunday.

Hampshire looked to squeeze their opponents from ball one.

Fidel Edwards, remarkably passing the 97mph barrier with routine ease, threw down a tight first over in which just six runs were scored, before Crane controversially called on Nathan Lyon to take the new ball.

Lyon saw his contract with Hampshire voided just last week but the Australian made an abrupt U-turn to rejoin the team just in time for the Quarantine Cup, and the offspinner was welcomed with a gloriously timed clip over midwicket for six by Vasconcelos’s digital self.

With his third ball, however, Lyon struck.

Richard Levi tried to slice over cover but found himself caught just outside the ring, bringing Josh Cobb to the crease.

Cobb, who had curiously lost the captaincy to Alex Wakely for this encounter, struggled to get the ball off the square against Lyon and when he missed an attempted drive by more than two feet, the No.3 looked to be plumb lbw.

However, Hampshire were unsuccessful with their review, a decision made all the more bizarre when the ball-tracking technology showed the delivery would be cannoning into middle stump.

Vasconcelos pushed Shaheen Shah Afridi down the ground for a sumptuous boundary, and Cobb found the fence at point, but the run rate was still only modest. Northamptonshire appeared to know that, but struggled to up the ante. Instead, a meagre shot from Cobb resulted in a simple catch at cover, giving Afridi his first wicket in English county cricket.

Wakely smashed an extraordinary 174-yard straight six (that’s 159 metres in modern money… quite how it stayed inside the Ageas Bowl, nobody knows), but Crane made sure the opposition skipper would not do any more damage by luring him into a miscue to point.

Crane was on a hat-trick when Rob Keogh chipped his first delivery to wide mid-on and though he could not complete the feat, Kyle Abbott cleaned up the Northamptonshire innings with the second delivery of the final over - ripping Vasconcelos’s leg stump clean out of its groove with a savage inswinging yorker.

Hampshire were sluggish in the early part of their chase. James Vince was given a reprieve by a dreadful dropped catch at mid-off before picking out the same fielder - Tom Sole - for a miserably slow 5 from 9 deliveries, while Ben Sanderson caught the inside edge of Nye Donald’s bat to send the Welshman on his way for a three-ball duck.

Northamptonshire had limited their opponents to just 7 for 2 from two overs, and the prospects of defending their modest score were improving by the minute. Then, in one Graeme White over, everything changed.

Rilee Rossouw decided he would take on the Milton Keynes spinner, sending a crashing six over long off, steering a gorgeous drive through mid-on for four and dispatching White over midwicket for half-a-dozen more.

White struck with the final ball of the over, Rossouw caught at mid-off attempting one big shot too many, but the South African’s 17 from 5 deliveries had taken Hampshire to within touching distance of victory and when Lewis McManus pulled Luke Procter for six it was game over.

Crane was pleased with his performance.

“I’m happy with it. It shows the practice I’ve put in was the right stuff. It was a tough game. I was lucky I wasn’t chasing too many.

“By the sounds of it, Ricardo was batting with the controls the wrong way around, so that must have been tough for him.”

“Things didn’t go our way from the beginning,” Vasconcelos admitted. “There were a few errors on the team sheet but I’m sure we’ll bounce back.

“It wasn’t a choice to leave out Pollard and Ashraf, that’s for sure.”