First innings centurions Zak Crawley, Ben Duckett, Ollie Pope and Harry Brook help the tourists compile the most runs by a team on the first day of a Test 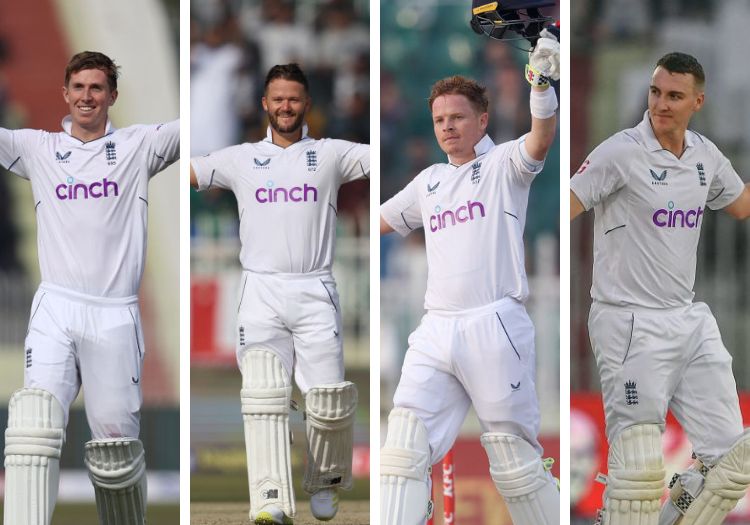 England produced a remarkable batting performance to completely dominate Pakistan on day one of the first Test at the Rawalpindi Cricket Stadium.

Zak Crawley (122) charged to the fastest century by an English opener during a whirlwind start.

Fellow opener Ben Duckett (107) added his maiden Test century on his return to the team before Ollie Pope struck 108.

And Harry Brook (101 not out) drew the line under a perfect day with a first international red-ball hundred of his own.

Ben Stokes' late charge ensured England became the first side to surpass 500 on the first day of a Test, closing on 506 for 4 - the most runs they have ever recorded on a single day.

Pakistan huffed and puffed and briefly flirted with a counterattack when debutant Zahid Mahmood (2 for 160) dismissed Duckett and Joe Root (23). 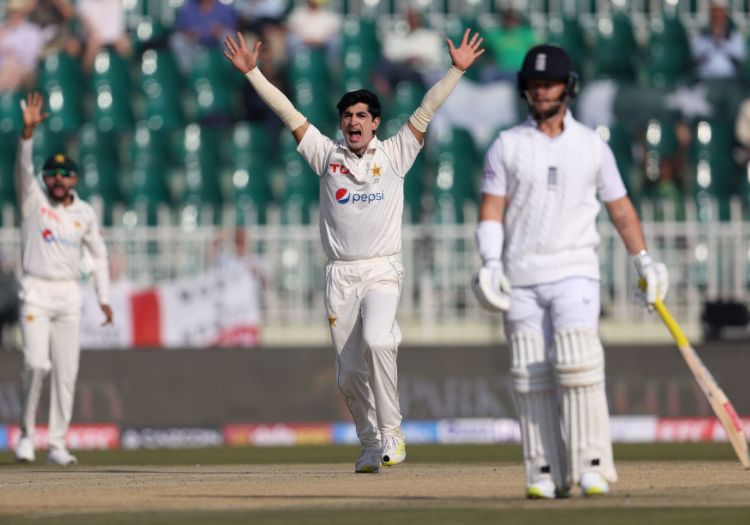 But, led by Naseem Shah, they could not threaten on a pitch - which received a demerit point during the Australia series after being rated "below average" in March - that offered little assistance for Babar Azam's side.

However, that does little to overshadow a titanic batting performance from England, whose first Test tour of Pakistan in 17 years couldn't have started much better.

Illness had swept through the tourists' camp during the build-up to the match, with confirmation the Test would start on time coming just two-and-a-half hours before the first delivery was due to go down.

Crawley and Duckett went at Pakistan from ball one. Fourteen came from the first over off Shah and the joint-second fastest team hundred came inside 14 overs. 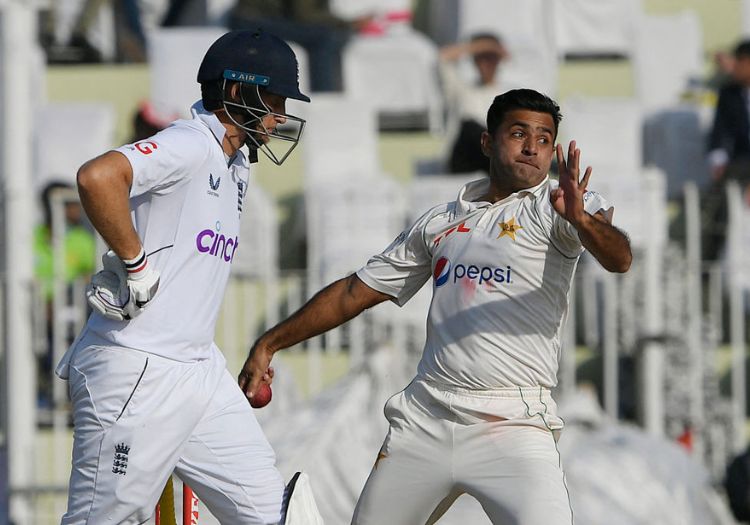 Far from being reckless, England pounced on anything wayward from Pakistan's inexperienced attack which struggled without Shaheen Shah Afridi.

Both openers reached their fifty before lunch and Crawley wasted little time after the break, going to three figures in 86 balls - the quickest by an England opener.

The 200 partnership followed in the 31st over and it was Duckett's turn to reach three figures, six years on from his last Test outing, with a pull behind square.

Pakistan staged a brief comeback when Zahid trapped Duckett lbw for his first Test wicket and fellow debutant Haris Rauf found some reverse swing to dismiss Crawley for his own. 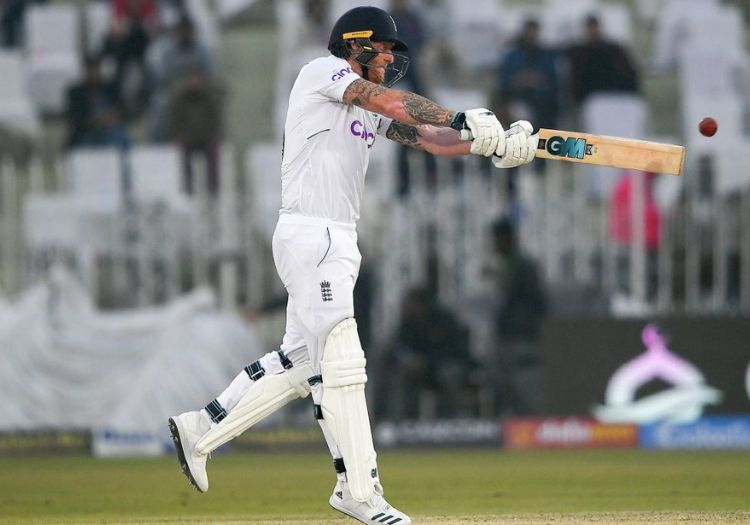 Root took up the baton but missed out on a major score as Zahid picked up his second.

However, they were rare successes for Pakistan. Pope put down the hammer, driving and reverse-sweeping 14 boundaries on his way to a third Test century. Yorkshireman Brook was more conventional and after finding his feet went fully on the attack, smashing Saud Shakeel for six fours in the 68th over.

Pope departed lbw to Mohammad Ali but Brook brought up a maiden century of his own off 80 balls, England's third fastest, before Stokes took over with six fours and a maximum to push them beyond 500 in a day for the first time in their Test history.

The umpires called time on play after 75 overs as the light closed in, leaving England with a rock-solid platform from which to build.