Surrey spin a bright point amid the disappointment of defeat

SAM DALLING AT THE KIA OVAL: The stage was set for Virdi to shine. The nation waited with baited breath. Or at least the Surrey membership did. But as it happened it was another spinner who took centre stage. Step forward Daniel Moriarty 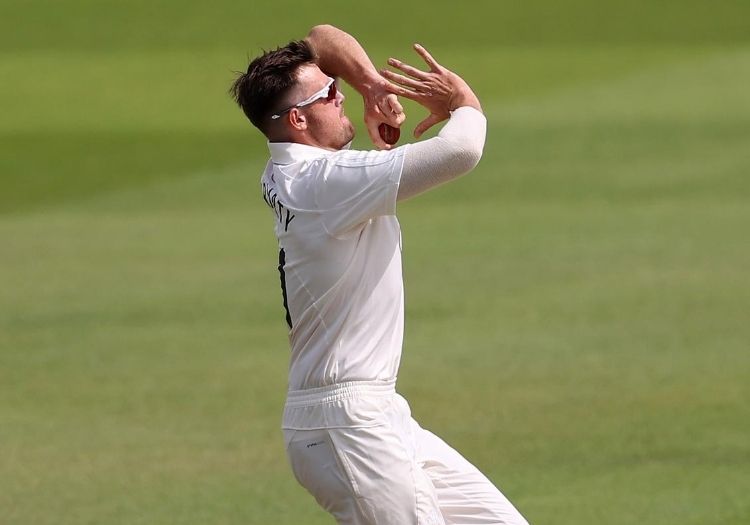 Success often comes at a price.

And for Surrey it was defeat in the opening round of the Bob Willis Trophy clash with local rivals Middlesex.

An early blow for a side with aspirations of a Lords final and a shot at a title.

The London outfit have a habit of churning out international stars. This week that worked to their detriment, with Ollie Pope, Rory Burns, Sam Curran, Ben Foakes, Tom Curran and Jason Roy all unavailable for the start of the domestic season.

They expect at least the latter two back ahead of their trip to Chelmsford at the weekend, and there’s also some hope that Ben Foakes may be released from the bubble to get some meaningful time in the middle. That remains to be seen.

Hashim Amla and Morne Morkel aren’t here either although could still appear at some point. They were light on batsmen here, although Jamie Smith made a strong case for being the next cab off the rank.

But in the spin department Surrey are well stocked.

The veteran Gareth Batty enjoyed a fruitful 2019, although suspicion is he will be more coach/player than player/coach in this tournament.

And much of the talk earlier in the summer surrounded Amar Virdi. 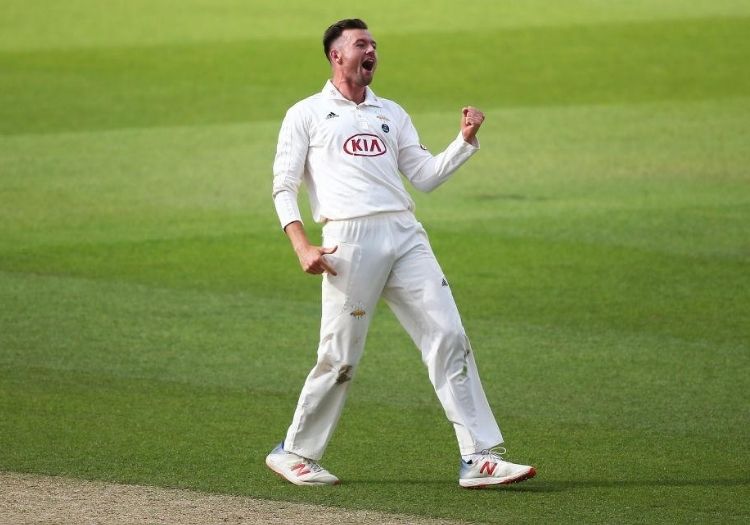 The young off-spinner was a key in 2018 title win, but suffered the fabled second-season syndrome last year. A combination of a back injury and question marks over his attitude and fitness meant it was July before his first appearance of the campaign.

A 14-wicket match haul certainly proved a point, and it seemed the penny dropped over the winter.

Named in England’s 30-man test squad, he was released back to his county with big things expected.

The stage was set for Virdi to shine. The nation waited with baited breath. Or at least the Surrey membership did. But as it happened it was another spinner who took centre stage.

Step forward Daniel Moriarty: the slow left-armer from Reigate who speaks with a South African accent.

The 20-year-old has been on the Surrey staff since October, having impressed Alec Stewart and Co with a series of strong displays for the 2nd XI.

He first appeared on Surrey’s radar earlier in the 2019 campaign, helping himself to 3 for 4 while turning out for the MCC Young Cricketers against the Brown Caps.

That display earned him his big break and those inside the dressing believe he’s one to watch. Based on the little evidence available so far, it’s difficult to argue.

After all, he appeared for the Proteas’ under-19 side a few years before his time; must have something about him.

He may have failed to register a run on either occasion he took guard, but he did himself plenty of favours with ball in hand.

Decent in the first innings with little reward, he was exceptional in the second.

Operating from the Vauxhall End, he slowed Middlesex down just at the point they wanted to kick on towards a declaration.

If you turn the ball, put it in good areas and can do so at a decent pace you’re in with a sniff. And that’s how it transpired. A maiden five-wicket haul was no less than he deserved.

The last Surrey man to achieve the feat on debut? Sam Curran against Kent back in July 2015.

His returns become even more impressive when you factor in him sending No.1-5 back to the hutch.

It was ultimately in vein; the visitors sealing victory with eight overs to spare.

The jubilant celebrations when Rikki Clarke walked passed a Nathan Sowter delivery to finish it off suggests this means something.

On to the next one.

By the way, how many have registered a five-fer and a pair on first-class debut? No, me neither.