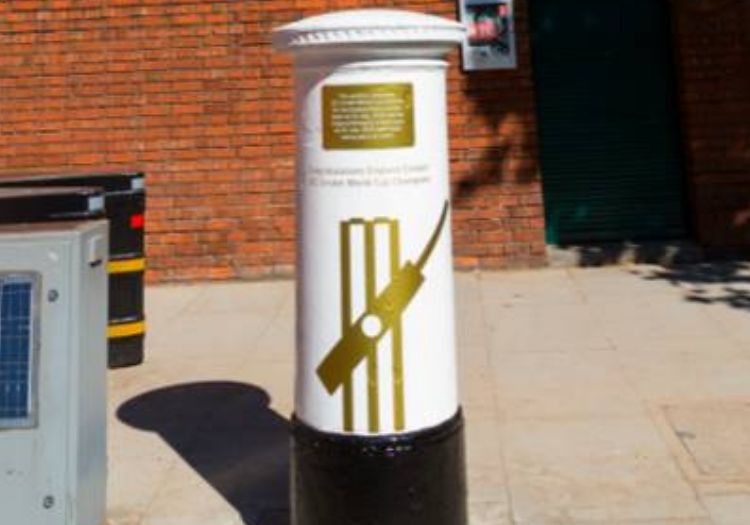 The vandal who defaced the postbox paying tribute to England's double World Cup success has been jailed for a week.

Taunton's monument was painted grey earlier this month by Jane Marie Butcher, who admitted to the offence and was sent down for seven days in addition to other crimes.

It comes after Eoin Morgan's side beat New Zealand via a super over at Lord's.

Their female counterparts were crowned world champions in 2017 after overcoming India.

Postboxes can be found at each of the 10 cities used for the tournament.

The postbox in Cardiff, a city which hosted four matches during the six-and-a-half week event, was also subject to vandalism after it was painted.