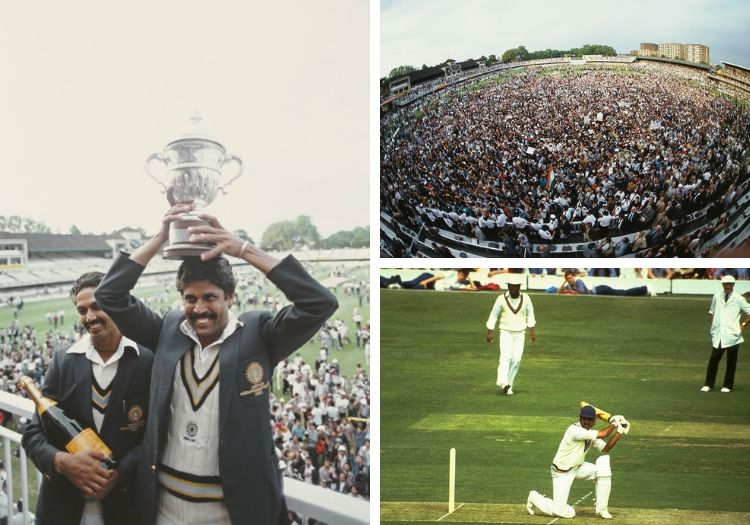 In the 15th century, explorer Christopher Columbus set off in search of India and instead discovered what is now known as the United States.

On an altogether different jaunt, the India cricket team departed for the World Cup in England in 1983 with the plan of landing in the USA after the tournament. It is fair to say neither reached the destination they intended.

Krishnamachari Srikkanth himself travelled with the intent of enjoying his honeymoon on the other side of the pond following the climax of the third edition of the World Cup. It summed up the expectations around the India team at the time - a far cry from what has followed.

"Our ticket was Bombay to New York via a stopover in London to play," said Srikkanth. “We (an Indian team) had been to the World Cup twice (1975, 1979) and had beaten only East Africa, which was basically a band of Gujjus (Gujaratis) put together."

Aside from the dreadful results, this was a team who did not take themselves seriously off-the-field. There was no coach, little or not team strategy meetings and little or no idea how they would approach one match to the next.

It was a lack of direction which captain Kapil Dev sought to change. He oversaw one of the greatest about-turns in modern-day sporting leadership, changing philosophy from the top down. Kapil instilled a belief which turned a floundering group into one which could spark the country's cricketing history into life.

After a less than ideal warm-up period, India's intentions were made clear when they beat holders West Indies by 34 runs at Old Trafford, and then chased down 156 to beat Zimbabwe. Defeats to Australia and then the Windies scaled back expectations and set up a key clash in Royal Tunbridge Wells in mid-June.

The Nevill Ground was the venue for one of the great unseen international innings of all time when Kapil recovered India from 17 for 5 with a brilliant unbeaten 175 - a score which still stands as the highest in World Cup history. Barely a single fan nor television camera was around to drink it in, only adding to its legend. 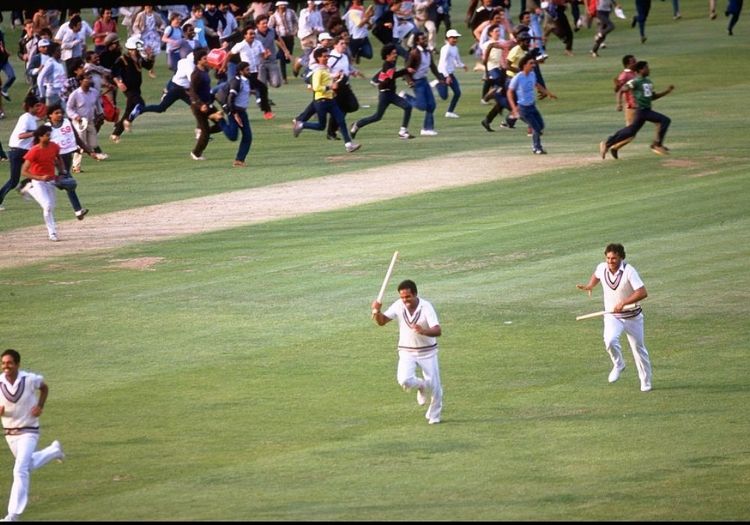 Fans invaded the Lord's outfield upon victory being confirmed

A place in the knock-out stage secure, England were their opponents in the semi-final, a game which bookmakers were offering the hosts as 1-50 as favourites. Fortunately for the side labelled "Dev's Devils" they arrive in Manchester to find a dust bowl at Old Trafford and went about turning the pre-match odds on their head.

And England team of David Gower, Mike Gatting, Ian Botham and Bob Willis were skittled out for 213 before the visitors got home with 5.2 overs to spare. Yashpal Sharma struck 61 in the chase as India paid little respect to the reputation of their opponents.

That mentality would prove useful when up against the great Windies side including Gordon Greenidge, Viv Richards, Malcolm Marshall, Joel Garner and Michael Holding, the back-to-back World Cup winners. This was the best India team ever seen; effective in the field, shrewd with the ball and inspired at the crease. But could they rouse themselves once more?

As ever with moments of historical cricketing significant, Lord's played host to the moment of history. India was typically uneven at the top of the order and scrambled to 183 all out. Greenidge went early as the holders went about chasing the paultry total but the turning point came at 57 for 2 when Kapil ran backwards and brilliantly caught the free-flowing Richards on 33. 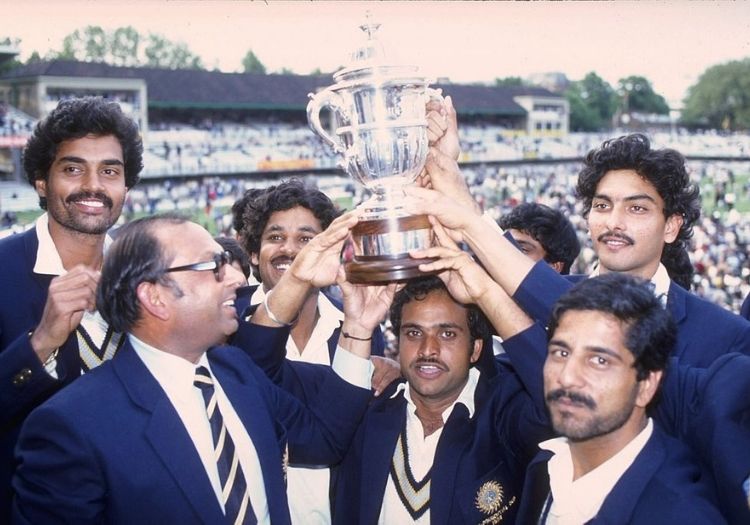 India ended up abandoning their intended holiday in the USA

It was then left to the reliable duo of Mohinder Amarnath and Madan Lai to bowl the Windies into submission and eventually all out for 140, as India clinched victory by 43 runs.

As was the norm during a Lord's final, fans flooded onto the field and though there were no Indian journalists on hand to cover the final there was a typically Asian feel to the celebrations. The outfield became one giant dancefloor, while the dressing room was drunk dry.

There is some irony that while cricket in that part of the world is known for explosive batting and electric bowling, it was India's fielding which became the defining characteristic of the success. India is now cricket's biggest market, with as many as 90% of the sport's global fanbase hailing from there.

MS Dhoni may have delivered the World Cup in 2011 but even he cannot claim to have had as tangible an impact on the country which is now regarded as the hotbed of international and franchise cricket. Much like Columbus, India did not discover what they intended 36 years ago, but what they did left an indelible mark nonetheless.