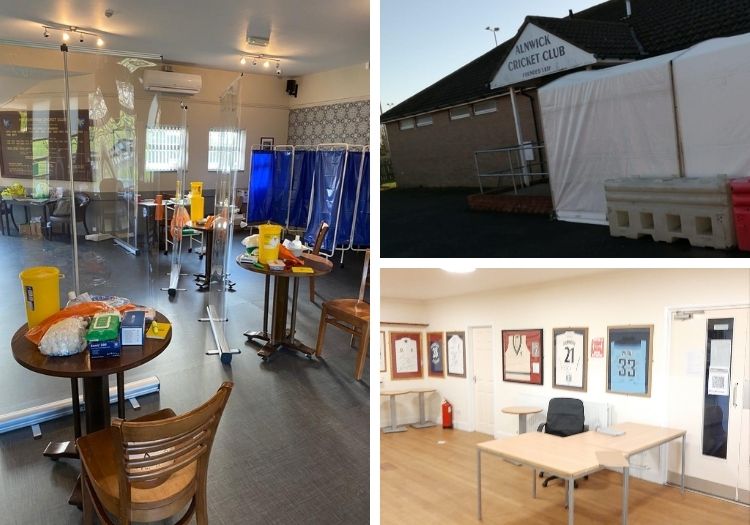 Cricket clubs have always operated as the lifeblood of the community which surrounds them. Spirit, passion, unity and comradery flows effortlessly through the sport at this level, touching every soul that engages with it; fledgeling player, casual follower, coach or volunteer.

The winter of 2020-21 should have been the bleakest yet. Following a broken summer eaten away by the Covid-19 pandemic, off-season lockdowns and restrictions were expected to leave facilities, usually bustling with fundraisers, and festive and New Year events, cold and empty.

While for many that grim reality remains, others have been able to make a contribution that offsets many of the hardships grassroots cricket has experienced over the last 12 months.

The rapid roll-out of the vaccines for coronavirus means that having once been among the victims, cricket clubs are now part of the solution. Pavilions are now dominated with stations where jabs are administered, car parks and outfields have been transformed into waiting areas for both before and after injections and helpers have been enlisted at will.

The entire effort brings a new meaning to the term giving back to the community.

"We were flattered and privileged because we consider ourselves to be a cricket club in the heart of the community," said Andrew Bailey, club secretary of Penwortham CC, who were first contacted to gauge their interest back in November. "We jumped at the chance." 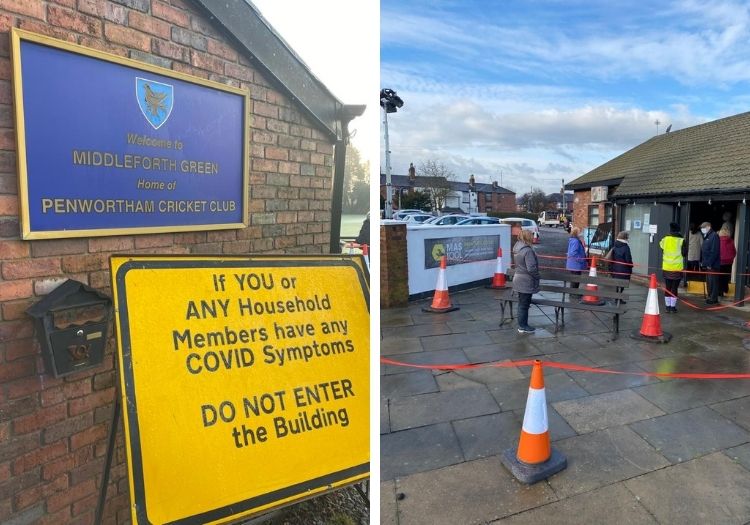 Penwortham have overhauled the club to assist the roll-out

"This is really us reaching out to local communities and physically helping that generation. We feel we are making a massive contribution."

The same goes for Alnwick CC, based in Northumberland, who were selected despite being in the shadow of the nearby football and rugby clubs.

"The most important thing for us was as a community club we could say 'there you are'," explained director and acting club secretary Lynn Roxburgh. "On our doorstep, we've got a football club and rugby club but for various reasons, they couldn't be considered. When we realised we could be considered that felt the most appropriate thing to do."

"There wasn't a lot of time to explore other options," added Robert Dunning, current Ashington CC chairman who has been with the club in various capacities since 1963. "I don't think there was much of a discussion. Find somewhere suitable and get on with it."

While the likes of Lord's and Edgbaston, among the larger batch of venues assisting with the vaccine roll-out, already have the infrastructure in place to ensure they can cater for the needs of the National Health Service and general practitioners, these clubs have been forced to refurbish.

Access points have been improved, with ramps installed to assist the elderly who are among the first groups to have access to the vaccines. Elsewhere, new floors have been laid, power supplies updated and central heating fixed; renovations which in any normal scenario would have been forced to wait. These instances might sound trivial but they provide an insight into the united effort being made across the country.

"I had to get the central heating sorted out," said Dunning, whose side are based 17 miles north of Newcastle. "It has been a bit funky for a while. I had to get that serviced. It had to be reliable. I would have just left it. It was making a noise, going on and off for the last three years. The technical term for it is backlog maintenance."

Improvements will likely continue after the initial roll-out is complete, with the NHS providing what amounts to a three-figure fee per week in exchange for use of the facilities. Small change it might sound, but teams have been surviving without regular income for months.

Preston-based Penwortham have not just provided the space, but players, members and parents have signed up to assist with the delivery. The club is central to every stage of the process. Bailey gleamed: "This is the very ethos of our cricket club. We do pride ourselves on being one of the best-run clubs in the area. But everything we do we have to do ourselves. We feel like we're helping our local community. It puts us on the map. I've been humbled by the care and affection shown by our membership."

While the government have set their own ambitious deadlines regarding the roll-out, cricket clubs themselves have a looming date to consider. All things being equal their campaigns will kick-off in April, should organised team sport be permitted when lockdown easing begins. Many will have a decision to make.

Roxburgh outlined: "The league have been desperately asking if we can get the clubhouse back for when the season starts. We have to pray that will happen. Our view is it won't start until this is all sorted. 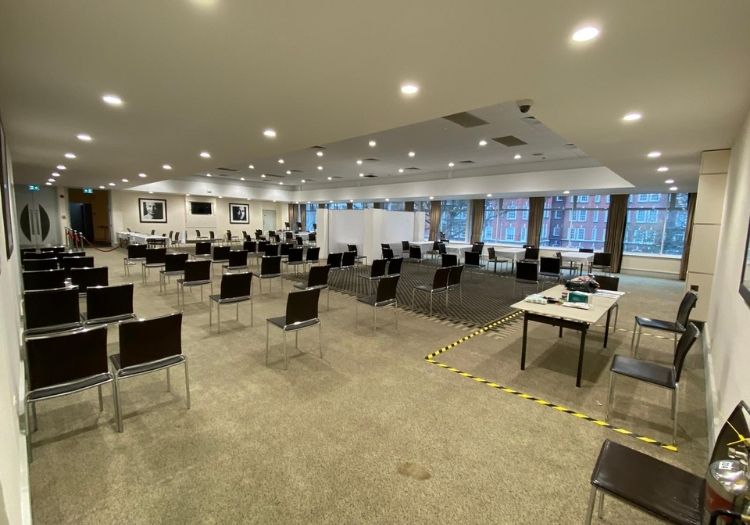 Lord's is also being used as a vaccine centre (MCC)

"If the players have to arrive dressed to play this season, that is no different to last season. The short-term solution might be that until they've got them done."

"We've got a six-month contract which would take us into the start of the cricket season," Dunning revealed. "There is a two-week break clause on either side. We'll have a discussion about it but from the cricketing point of view, we can play without impinging on the vaccines.

"They might have to adjust their hours but with some goodwill, we could run a game of cricket. I'm not sure what the clinical considerations would be. If they can cope with a few cricketers changing, having showers and some tea outside that is the way it would work."

But for Penwortham, who play in the Moore and Smalley Palace Shield Premier Division, a deadline has been set to reclaim control of their Middleforth Green ground.

"We're all geared to start-up in mid-April and we've made it clear to the NHS that we need our clubhouse back on April 1," stated Bailey. "That's what we are, we are a cricket club. We're not a vaccination centre full-time."

Until then, these clubs have plenty to contribute to the national effort. Each will administer hundreds of vaccines for every day they are open though limited supply is already curbing their impact. After years of enriching the hearts of everyone who passes through the club, the current crisis has provided an opportunity to give back in an entirely different way. It would be an understatement to suggest it is being taken firmly with both hands.