Our website has won the Outstanding Coverage of Domestic Cricket prize at the ECB Domestic Journalism Awards, recognition for continued investment in our reporting of the men's and women's county structure, as well as the grass roots game 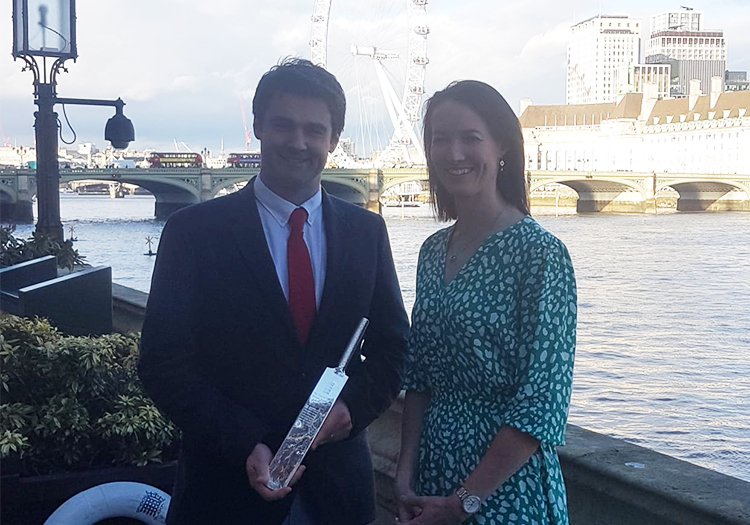 The Cricketer has been named the standout digital platform for coverage of English domestic cricket by the ECB, for the second year in a row.

Our website has won the Outstanding Coverage of Domestic Cricket prize at the ECB Domestic Journalism Awards, recognition for continued investment in our reporting of the men's and women's county structure, as well as the grass roots game.

The news comes after a breakout year for thecricketer.com, which saw record numbers of visitors.

While the World Cup and the Ashes were instrumental in our growth, our county coverage remains a pivotal feature of the site.

Building on The Cricketer's established track record of shining a light on the domestic game in print, thecricketer.com's County Hub provided wide-reaching coverage of the County Championship, One Day Cup and T20 Blast.

We sent staff writers to every major moment in the county calendar, and offered readers in depth interviews with more than 50 central figures in those competitions in 2019.

Our commitment to coverage of the women's game lead to an important deal being struck with CricketHer to syndicate reports of the Women's County Championship, while we were one of only a handful of publications to send a staff writer to the last day of the Kia Super League.

The judges praised The Cricketer's breadth of coverage, especially considering our comparative resources.

Digital editor Sam Morshead received the award at a ceremony at the House of Lords on Tuesday.

He said: "Winning this award last year was an incredible effort from a small team, but bettering ourselves 12 months on is really special.

"At The Cricketer we take tremendous pride in our coverage of the county game, which can get overlooked when the international roadshow is in town.

"We are delighted that our efforts have been recognised, especially given the incredible digital coverage of county cricket by the likes of Cricinfo, local media and the BBC.

"We're going to have to up our game considerably in 2020 to make it a treble.

"Thanks go to the ECB for the recognition, and the terrific team at Cricketer Towers, each of whom is integral to our output."

The Telegraph won the award for national newspaper coverage, while the Yorkshire Evening Post won the regional prize. Charlie Taylor of BBC Radio Somerset won both broadcaster of the year and the young journalist prize.