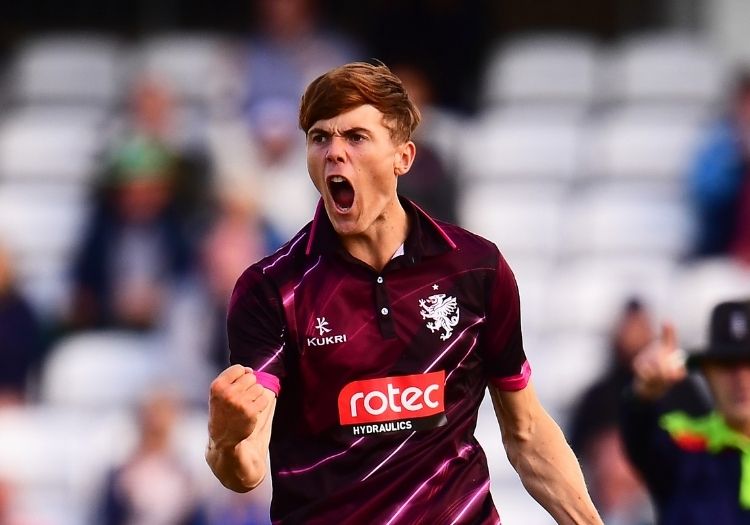 New Somerset List A captain Ben Green produced a match-changing innings to lead his side to a thrilling one-run Royal London Cup win over Glamorgan at Taunton.

The hosts crashed to 26 for 4 after losing the toss in a match eventually reduced to 37 overs per side by rain, Michael Hogan claiming all the wickets.

Glamorgan responded with 179 for 9, Billy Root and Tom Cullen both making 37, while young Somerset seamers Kasey Aldridge and Sonny Baker shared five of the wickets.

Andy Gorvin needed a six off the last ball of the game from left-arm spinner Goldsworthy to win the game for Glamorgan and came close with a powerful four over the bowler’s head.

Play did not start until 12.10pm, with the game initially reduced to 42 overs per side. Somerset’s innings had only occupied 2.4 of them, with five runs scored, when rain forced the players off.

That was enough time for Hogan to strike twice, Sam Young caught behind off the fourth ball of the innings and Steve Davies brilliantly snapped up by Andy Gorvin at midwicket from the first delivery of the third over.

On the resumption, the veteran pace bowler took his figures to 3 for 3 by bowling George Bartlett between bat and pad and then had James Hildreth caught at first slip. 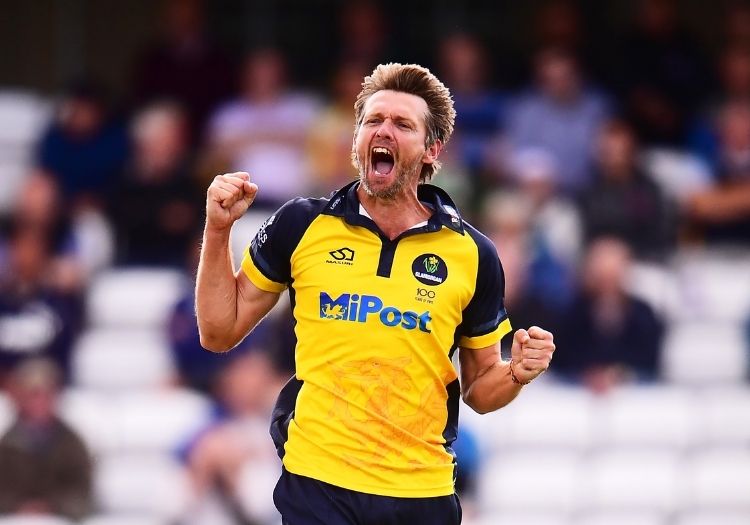 Somerset were in disarray at 49 for 5 when Eddie Byrom feathered a ball from off-spinner Steven Reingold through to wicketkeeper Tom Cullen. But Green and Lewis Goldsworthy calmly steadied the ship and had taken the total to 84 for 5 in the 26th over when heavier rain brought another stoppage at 2.10pm.

Half an hour later, with a further reduction in overs, Green and Goldsworthy batted with far more intent. Green was the main aggressor, with Goldsworthy notching just one boundary in his valuable innings before slogging a catch to cow corner off Callum Taylor.

Green, cut loose in the closing overs with some majestic shots until playing a ball from Lukas Carey onto his stumps in the final over. Glamorgan’s reply began badly when Hamish Rutherford fell lbw to the final ball of Jack Brooks’ opening over.

Eighteen-year-old Baker then got a ball to lift at Nick Selman’s ribs, forcing the opener to loop up a catch to the diving Byrom, running in from square leg.

Kasey Aldridge produced a similar quick delivery, his first of the game, to have Kiran Carlson caught by wicketkeeper Davies for 21. And when Green also struck with his opening delivery, bowling Reingold for 16, Glamorgan were 52 for 4.

Cullen and Root then put together a well-paced stand of 76 to put their team in sight of victory. It ended when Cullen was caught behind down the leg side off Aldridge, who followed up by having Tom Cooke taken by wicketkeeper Davies.

Carey did his best with two boundaries, but other wickets fell cheaply and 10 off the final over for the last pair proved too much.