Afghan leg-spinner Khan is one of the world’s most prized assets in the game’s shortest format and was due to feature at Hove for a third consecutive year, but he will instead represent Barbados Tridents in the Caribbean Premier League 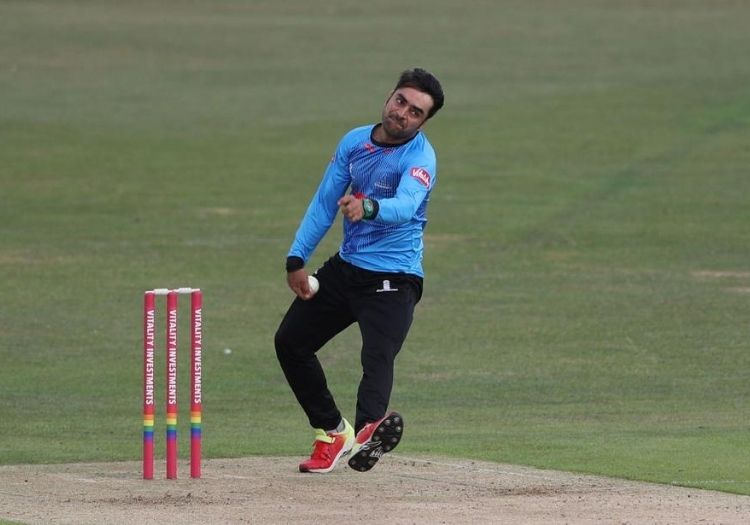 Rashid Khan will miss this year’s T20 Blast due to its clash with the Caribbean Premier League, though Sussex will at least be able to call upon David Wiese.

Afghan leg-spinner Khan is one of the world’s most prized assets in the game’s shortest format and was due to feature at Hove for a third consecutive year.

However, with the T20 Blast having been pushed back from its initial May 28 planned start date to August 27, the competition now clashes with the Caribbean equivalent, where Khan will represent Barbados Tridents, for whom Sussex teammate Phil Salt played in last year’s final. Khan will then play in the Indian Premier League, which is set to take place in the UAE.

Wiese, meanwhile, has missed the early stages of the Bob Willis Trophy owing to a visa issue, but the South African has since rectified the problem and it is expected that he will arrive back in the UK in time for the start of the T20 tournament.

With Luke Wright, Tymal Mills, Ravi Bopara, Danny Briggs and Laurie Evans all predominantly focusing on their white-ball cricket, Sussex should be well placed to launch a strong challenge. They were knocked out in the quarter-finals last season by Worcestershire, who also beat them in the 2018 final.

Meanwhile, batsman Stiaan van Zyl will miss the duration of the 2020 season, before returning to Sussex next summer, while Australian overseas player Travis Head will also wait until 2021 before making his debut for the club.