The 23-year-old has previously played for Hampshire, featuring twice in 2020’s Vitality Blast 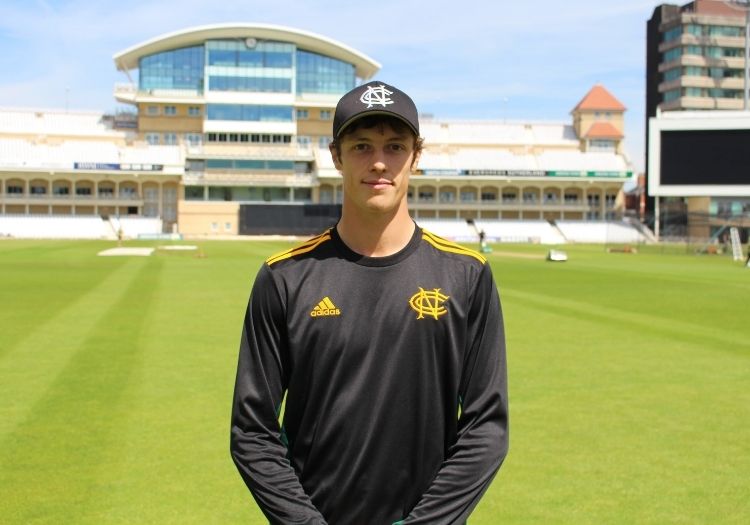 The 23-year-old has previously played for Hampshire, featuring twice in 2020’s Vitality Blast.

His century and three wickets against Oxford UCCE caught the attention of Trent Bridge coaching staff during the early stages of 2021.

He has since appeared as a trialist impressing in a host of second XI fixtures, claiming a five-wicket-haul against Leicestershire in the Championship and registered good performances during the equivalent T20 competition.

"I have loved every minute of being at Trent Bridge so far," said Harrison.

“I have been made to feel very welcome in the group and it has been fantastic to spend time with the established players and coaches at the club.

“Training and playing alongside players with so much talent is only going to help my game move forwards, so I am really looking forward to the next few months.”

“My goal is to push for a first-team place, but also to develop. I know which areas of my game need fine-tuning and tweaking, so I am looking forward to seeing those come together.”

Head coach Peter Moores added: “During his time here, Calvin has come across as someone who is really hungry to learn.

“He bats, bowls and is a good fielder, so he is very much a modern, three-dimensional player.

“He has earned this contract through consistent performances over the past couple of months, and this is a good time for him to get the chance with an intense block of fixtures ahead.

“The key for him now is to back himself to go and play – to keep it really simple, play what is in front of him and give it everything he has got.”