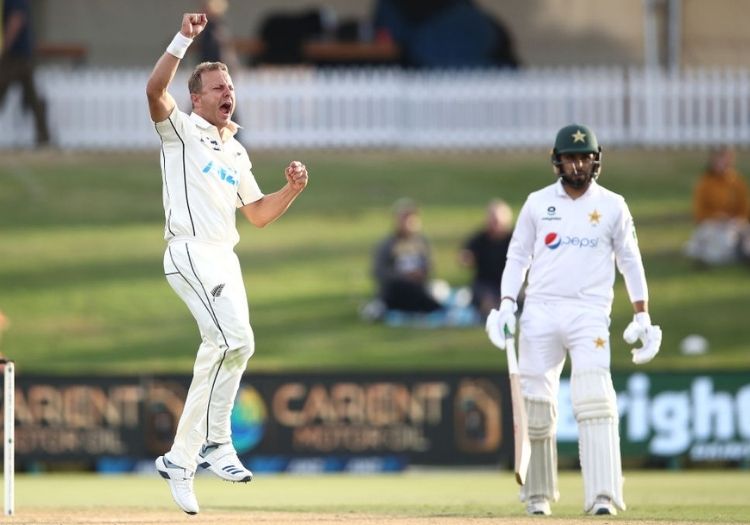 New Zealand fast bowler Neil Wagner took 2 for 50 despite a broken toe on the third day of New Zealand's first Test against Pakistan in Mount Maunganui.

Wagner broke his toe on day two of the match when he was struck on the foot by a Shaheen Shah Afridi yorker late in the first innings.

Following some treatment, Wagner bowled three overs at the end of the second day before playing his part on day three. He took the wickets of Fawad Alam and Afridi as New Zealand bowled Pakistan out for 239.

An X-ray has confirmed an undisplaced-fracture to Neil Wagner’s fourth right toe, but he has been cleared to play by a doctor - providing he can he can tolerate the pain.
Wagner will need to warm-up fully this morning before a final call is made #NZvPAK pic.twitter.com/7NGwZ1iK4I

"I know how bloody hard I had to work to get to where I am now," said Wagner. "I'm sure as hell not going to sit on the side and watch other people do it.

"I want to be part of it and play my part. Unless they carry me off on a stretcher I'm going to do everything I can, I guess."

New Zealand will begin their second innings at the start of day four with a lead of 192.

For Pakistan, Faheem Ashraf (91) and Mohammad Rizwan (71) provided some resitance after the tourists slumped to 80 for 6.