Lydia Greenway: "I think when you have a role model, you can build your aspirations"

Former England batter Greenway was speaking from Bristol Pakistani Cricket Club, where she was helping to lead a session for 50 girls of South Asian descent as part of the In With Heart initiative, funded by the #Funds4Runs project 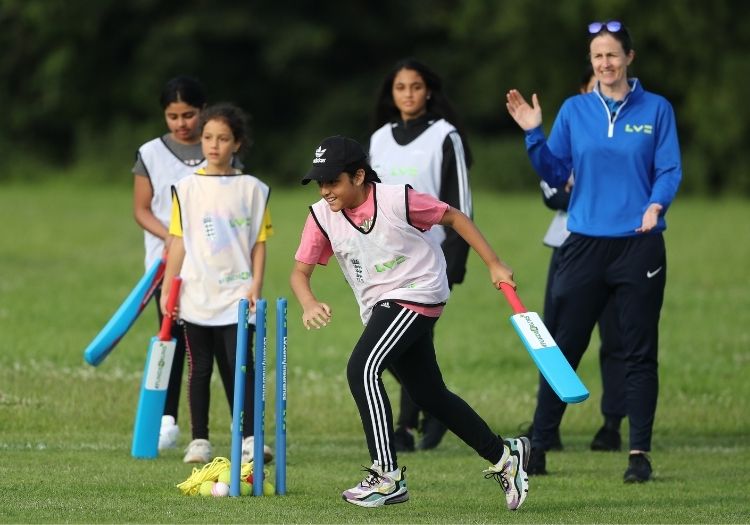 “It’s one of the key aims of the campaign: to bring cricket into communities at the grassroots end and to provide opportunities for children who might not necessarily normally have that access,” said Lydia Greenway.

The former England batter was speaking from Bristol Pakistani Cricket Club, where she was helping to lead a session for 50 girls of South Asian descent.

The event is part of the wider #Funds4Runs initiative focusing on grassroots cricket through the United Kingdom, with a particular emphasis on areas where access to the game has been limited as a result of the Covid-19 pandemic.

This particular evening was being run in association with the Gloucestershire County Board, with the club one of several nationwide recipients of a grant from a £1million pot funded jointly by the ECB and LV=Insurance, who are supporting the project.

“Historically, the traditional path into cricket is if you’ve got finance to spend on equipment, if you’ve got access to facilities, if you’ve got cricket in your school,” continued Greenway. “For a lot of young people, they don’t have that, so it is about making sure that they have these opportunities.

“It’s just about breaking down those barriers for boys and girls who might not normally have access to the game.

“Projects like this aren’t necessarily about creating the next best England cricketer. It’s actually about providing them with a positive life experience. If they go onto become a brilliant cricketer, then great. But they might choose a different route and go into coaching or go into officiating. But I think the fact that they can have a positive experience with sport – and cricket in particular – will benefit them in the long run.” 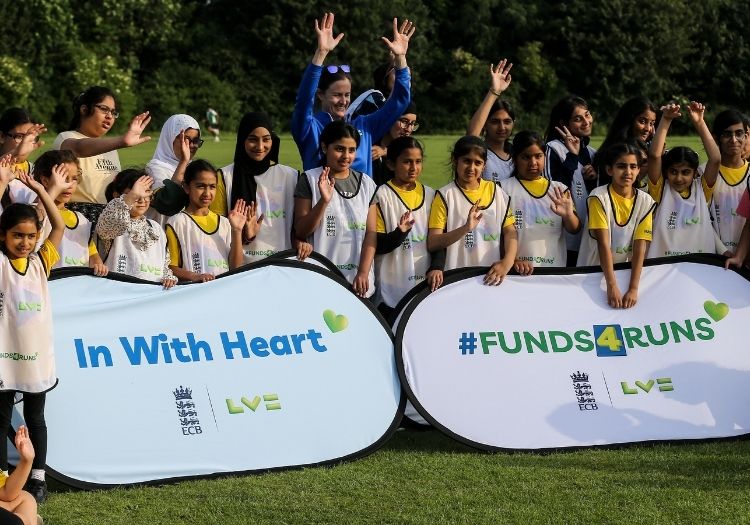 Lydia Greenway was coaching at Bristol Pakistani Cricket Club as part of the In With Heart initiative, funded by the #Funds4Runs project

Greenway was one of four female coaches on the ground to deliver the introductory course, featuring skills-based exercises and a game played in a countdown format. She added: “I think it goes back to the saying that ‘you can’t be what you can’t see.’ Even if they don’t necessarily know that there’s an England women’s team and a performance pathway, what they do know is that there are women involved in the game and it isn’t that male-dominated sport, which cricket has that tag as a perception – that it’s male-dominated, very traditional, it’s long and it’s boring.

“But what these sessions do is take away those perceptions and change them into a positive light. That is the massive challenge for cricket – making sure that we’re not just appealing to one element of the community. That’s the beauty of this project – it will take away those barriers and hopefully change people’s perceptions.

“The crucial thing is that the attendees of each session see someone who is like them – whether that’s a coach or an umpire. It’s about constantly seeing those role models. I think when you have a role model, you can build your aspirations. When you haven’t got those role models, you don’t necessarily know what’s possible.”

The scheme is part of the broader ‘In With Heart’ tour, which moves on next month to Birmingham to coincide with England’s ODI at Edgbaston against Pakistan on July 13.