Luke Sutton's return from the brink

NICK FRIEND: It is eight years since Sutton, the former Somerset, Derbyshire and Lancashire wicketkeeper, last touched alcohol. It has been a difficult road since hitting his lowest ebb but he now feels better than ever 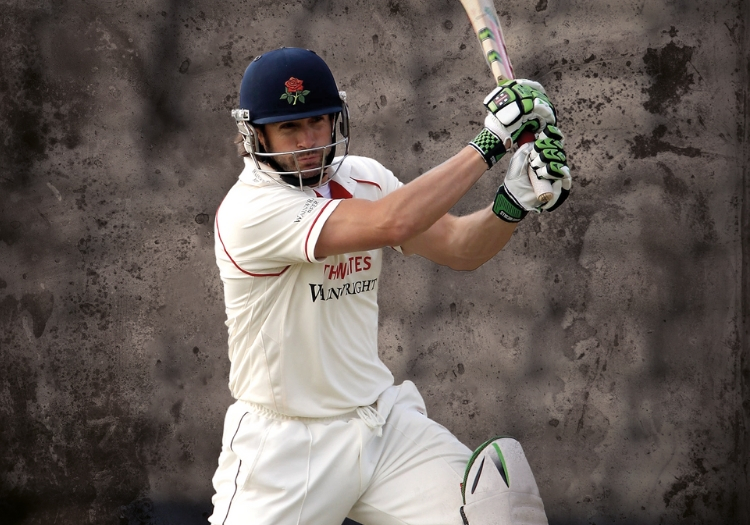 “The first day I was there, it was like it all hit home to me. This is where I’ve got to. All those kinds of dark secrets, which I was struggling like hell to hide from everyone.

“It’s almost like you’re left with yourself, you’re left with the reality of where you’ve got to. I was fortunate to be in there with some people from all walks of life – some you’d expect and other people you would absolutely not expect.

“I was able to connect with people in there and understand that they felt the same way as me. I felt less alone and I felt that I could identify. It was the early steps in me turning my life around.

It is eight years since Sutton, the former Somerset, Derbyshire and Lancashire wicketkeeper, last touched alcohol. It has been a difficult road since hitting his lowest ebb but he now feels better than ever; he has come to understand himself and the complexities of addiction.

It is why he has published Back from the Edge: Mental Health and Addiction in Sport, a book that lies somewhere between autobiography, cautionary tale and must-read manual. It should be compulsory reading – certainly for this generation of athletes and today’s governing bodies and backroom staff.

It might just be the most important cricket book of recent times, even if it scarcely touches on the details of a playing existence that spanned more than 15 years and, at Derbyshire, culminated in the club captaincy.

“I genuinely just didn’t think people would be interested in my quite dull career,” the 43-year-old laughs, hair slicked back and looking a million miles away from the troubled soul that fell so close to the brink.

Rather, Sutton spends 110 pages piecing together a life – and a psyche – that ballooned out of control and ended with a 28-day stay at a psychiatric hospital, offering up a first-hand warning of how the obsessive personalities so often found in elite sport can lead to the edge of oblivion. He lays bare the warning signs in young athletes that he has come to comprehend retrospectively through his own journey that saw him violently veer away from his life’s plan.

“It’s a myth to think that someone can be playing really well, so therefore everything off the field must be fine,” he stresses. 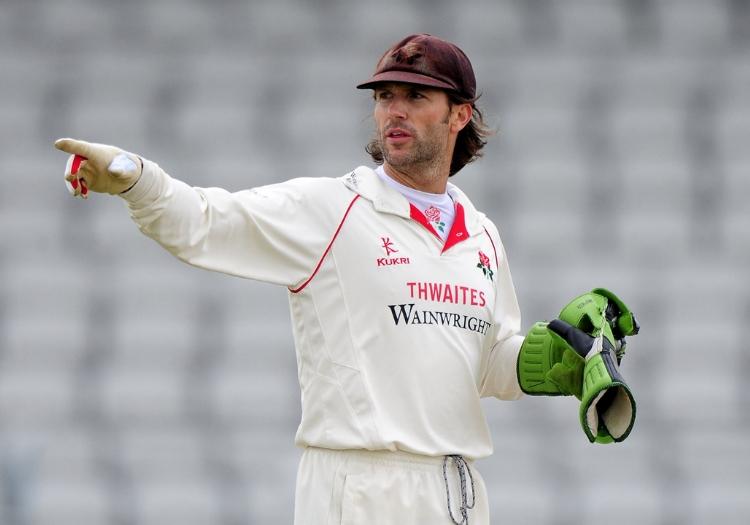 “If players are acting out in ways, which don’t necessarily have to involve alcohol – gambling, sex, spending money – let’s not laugh along and say how funny they are off the field. We’ve got to do better than that. We’ve got to get closer to those people and actually keep an eye on them.”

Sutton knows. To those who thought they knew him, he was the model professional. He would train at an intensity level unmatched among his peers. He was supremely fit and viewed as a responsible figurehead on the county circuit.

But that is precisely the point. On the surface, that was all there was to it – nothing to see here. Beneath it all, he was driving himself towards self-destruction. He lived by a motto of punishment and reward – he would push his body as far as it could go and then recompense himself with a drink. But rarely just one. And so, it became a vicious circle. Sutton lived for the approval of his peers and found true affirmation only in being successful. It was a mindset that the Priory would gradually strip away.

He recounts one occasion when he bumped into some old Lancashire team-mates while intoxicated and alone at Euston Station, unable even to decipher the right train home. There is another – the moment he lay on his kitchen floor after a 36-hour bender too drunk to take his daughter to a hospital appointment.

“The darkest moment was when I was entirely sober, sat in the Priory, going: ‘What has happened? How have I become this?’ That was no question the hardest moment.

“There is a massive sense of shame to it. I didn’t want to tell anyone but I had a massive feeling in the Priory of going: ‘The game’s up.’ I can actually remember thinking it and thinking: ‘Thank f***. The game is up. I can stop pretending I’m fine.’”

There is a quite chastening honesty to Sutton. His book is the most brutally candid account you will find and he is little different in person; deeply impressive, nothing is off limits as he reflects on a struggle with mental health problems, alcoholism and bereavement.

He talks openly about Nia Walters, his girlfriend – to whom he was close to proposing when she died in a car crash while he waited for her to come home. Understandably, her death had a crippling effect.

“It was like a bomb arriving in my life,” he reflects. “For many years, I excused parts of my behaviour because that happened to me. It just rotted me. I carried a terrible shame with me that something as profound and tragic as that, I used as an excuse. That wasn’t fair and it wasn’t right.

“The darkest moment was when I was sober, in the Priory, going: ‘What has happened? How have I become this?’”

“That shame made things worse for me. It compounded it and everything. I would look in the mirror and think: ‘Someday, someone will work this out’ or ‘someone will someday work out who you are’. That shame just compounds you wanting to isolate yourself. It took me a lot of time to get to a place where now I know I have the perspective to know that my problems were bubbling away before Nia.

“When Nia’s death happened, it accelerated everything, but I was still on my trajectory. The process for me to get better was a significant difference – it wasn’t about me getting over Nia dying. I thought it was. It wasn’t. It was about me turning myself around and having a look at who I was and how I viewed the world and my attitude towards it.”

There is a reason for writing this book now and, indeed, for speaking out. Since retiring from first-class cricket, Sutton has become a successful player agent; among others, he has looked after James Anderson and James Taylor.

It has allowed him to stay in touch with the game and top-level sportspeople. With that, comes the realisation that the issues he encountered in his own career have not disappeared, even as cricket has led the way in its openness towards confronting mental illness.

“I can definitely see the red flags,” he warns. “Social media is creating an environment where players are creating less and less normal ways of actually talking.

“Immediately after a game, everyone is on their phones. I don’t think these problems are going to go away. I felt like someone had to make the point that we have to do better in sport and not just use players while they’re playing and are part of our club or our team.

“Once they’re gone, they’re kind of gone. And then we push everything onto an organisation like the PCA. Well actually, I don’t think the responsibility is all with them. I think it’s actually with teams, management and governing bodies. That’s really important.”

Infiltrating team cultures with this message, he believes, is vital. It means starting at the top with England and working from there, educating the management in the early addictive signs to watch out for.

Sutton advocates creating an environment where there are people in mentorship roles that players feel comfortable approaching with any worries, who are not members of support staff and have no say in selection discussions. They are there, but they are entirely separate.

His theory is simple: if such a value system can be implemented within the national side, then it can filter down to the counties. He is at pains to stress that this is different from a sports psychologist, but more like a team charter.

“Look at the All Blacks and how they define themselves as professional athletes and as human beings,” he points out. “It’s healthy. They are safeguarding the health of those guys beyond their time with the All Blacks. They shouldn’t be an outlier. That’s my point. 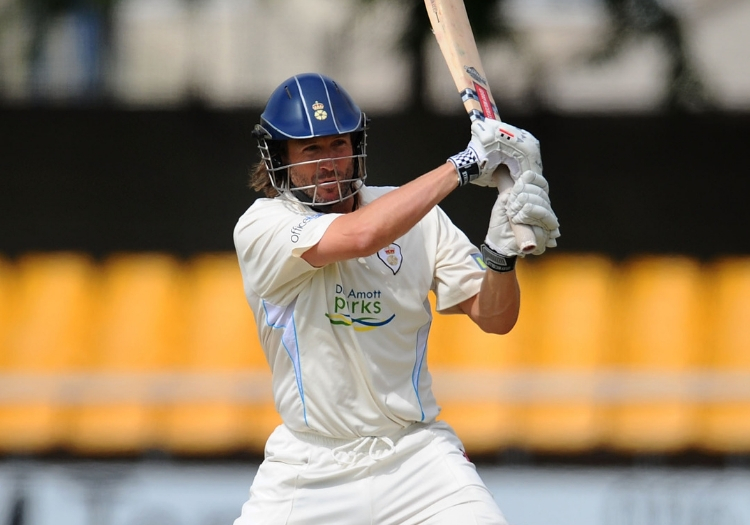 “The thing about mental health and addiction is this; if the first time you picked up a beer you lost your job, your wife left you, everyone hated you and you got put in jail, you’d never drink again. But it doesn’t happen like that. It happens very gradually.

“Someone who starts to suffer from depression or anxiety, it doesn’t arrive bang on day one. It drifts in. That makes it very difficult for people around you to really get a perspective of it because they might only come into your life at a certain time.”

Despite Sutton’s own troubles, he holds a healthy respect towards alcohol, perhaps having seen it at its most powerful. Quite simply, it is not for him. For others, it works. He is a better person without it. He has learnt the hard way.

And he knows how fortunate he has been. He emphasises repeatedly the debt he owes to his friends – it was Glen and Kerry Chapple who booked him into the Priory. Without that intervention, he struggles to think where he might be now. Two characters he met there and who he mentions in his book, albeit as pseudonyms, were on similar journeys. Both died soon after leaving. “That could have been me,” he adds quietly and knowingly.

“I was on a fast track for self-destruction,” he reflects. “I owe them my life in many ways. I know it can sound like a flippant comment when you tell someone they’ve saved your life.

“But if I hadn’t had that group of friends who stepped in and did something, what would I have done? I wouldn’t have been able to help myself.”

The final pages of the book come with a warning. Sport must do more. The industry is a breeding ground for more cases like Sutton’s.

“The first thing we have to recognise is that professional sportspeople are going to show the same traits that addicts have,” he says.

“And then I think it’s very much about saying: ‘Okay, we have to keep an eye on them’. I think we’re guilty in this country of trying to laugh along with people when it’s fun and they’re doing well on the field. We don’t think it’s a problem and we don’t want the fun to end.

“Those people were showing signs of it, but people weren’t willing to actually keep a close eye on them.

“We have a duty of care for them when they go on beyond and are swept out to the other side in retirement.”