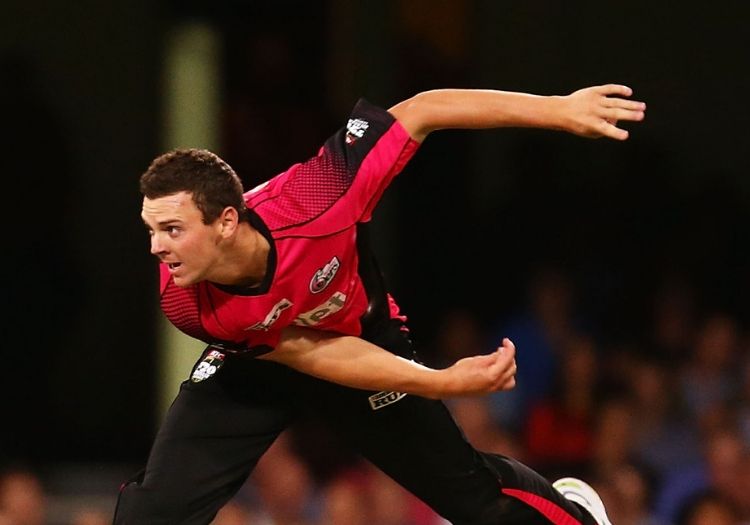 Josh Hazlewood has agreed to return to the Big Bash League with Sydney Sixers after five seasons away.

The New South Wales-born paceman had been part of the Sixers squad at the competition's inauguration, playing three games during the Sixers' run to the maiden title in 2011-12 and claiming 28 wickets in his 20 apperances for the side.

However, after becoming a regular fixture in the Australian Test side following his debut in 2014-15, national duties have restricted the 28-year-old's availability for the competition in every season since.

"He was a part of our original squad that won the first BBL back in January 2012 and to have him come back to our set up and pull on the magenta again is awesome," said Sixers general manager Jodie Hawkins.

"Josh is an asset both on and off the field and will provide some great guidance to our young bowlers."

Hazlewood added: "I joined the Sixers back when the BBL started and, while I haven't had much of an opportunity to play since, I always enjoyed my time there.

"We've had some good times, like winning the first BBL and the Champions League in South Africa in 2012, and I'm looking forward to see what we can do this season."

Hazlewood joins fellow Test regular Steve Smith in making a return to the Sixers' ranks, however the extent of their availability will depend again on international selection.

Australia's next series comprises three home Tests against New Zealand between December 12 and January 7, for which both Smith and Hazlewood have been named in a 13-man squad, followed by three one-day internationals in India between January 14 and 19.

Players featuring on the limited-overs tour are set to be released for the final two games of the BBL group stages and any applicable rounds of the competition's new-look playoff stage, which concludes February 8.