The Lancashire seamer could hit 600 Test wickets for England this month, with the rest of the West Indies series scheduled to be played in Manchester 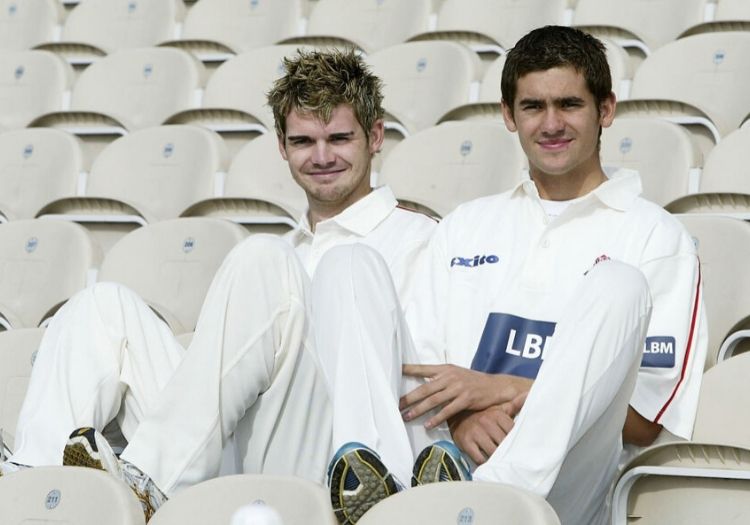 Jimmy Anderson is set to become the first seamer in Test history to reach the 600-wicket mark, and former Lancashire team-mate Kyle Hogg says it is fitting he will likely achieve the feat on his home ground.

Anderson and Hogg go way back, signing their first professional contracts at Lancashire on the same day in late summer 2000.

Hogg’s impressive domestic career, including a County Championship winner’s medal, was cut short by a back injury in 2014.

Anderson, meanwhile, has gone on to be one of the best bowlers in the world, and needs only 13 more wickets to follow spinners Muttiah Muralitharan, Shane Warne and Anil Kumble to 600.

During the next month, England play the final two Tests of the #raisethebat series against the West Indies and the first against Pakistan, all at Emirates Old Trafford.

Anderson could even reach the magical milestone with a wicket from ‘The James Anderson End’.

“Everything has almost worked out perfectly for him to get to 600 at Old Trafford, which is just unbelievable.

“The majority of people don’t get 600 wickets if they play for 10 or 15 years in county cricket. So to do it in Test cricket is unreal.

“He also probably had a couple of years where he missed out through injuries here and there or being a young lad in and out of the team.

“It will be fitting for him to do it at home. It’s just a shame it won’t be in front of a full house for everybody to really appreciate him.”

It is almost 20 years since Anderson and Hogg signed their maiden contracts together.

“I still remember it,” said Hogg. “We went in to meet (coach) Bob Simpson to sign.

“The great thing about Jimmy is he’s still the same lad as he was back then. Nothing’s changed, and he’s such a good lad - straight down the line and down to earth.

“A lot of people who have massive success do change, but he hasn’t. That’s a really good reflection on him.”

England head into Thursday’s second of three Tests against the West Indies 1-0 down after losing at the Ageas Bowl on Sunday, a game in which Anderson claimed three first-innings wickets.

The Burnley-born star will turn 38 at the end of this month, but he shows no signs of slowing up.

“You look for the equivalent in football, and it would probably be Ryan Giggs,” said Hogg.

“At 34, people were writing him off, but he kept on getting better and better. That’s exactly what Jimmy’s doing.

“As he lost some pace, he’s more than made up for it in experience and skill.

“He can play as long as he wants. His body’s been so good to him. 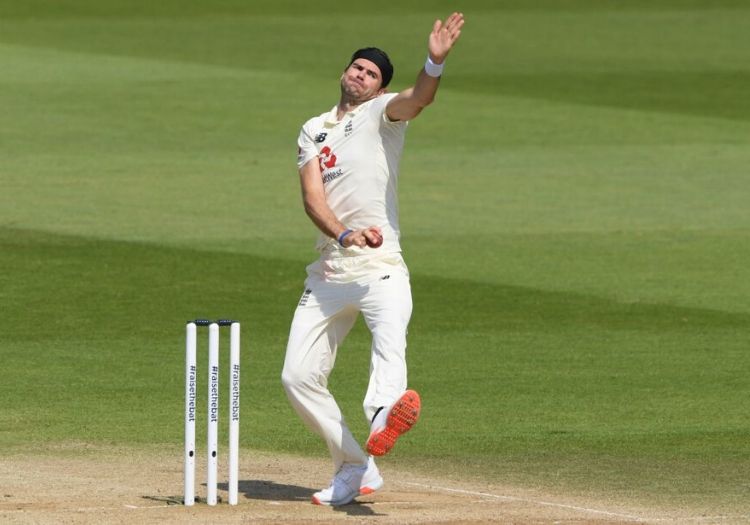 James Anderson edged closer to the milestone at The Ageas Bowl

“Yes, he’s had a few injuries, but he’s never had any major surgery. So, as long as he stays fit, he’s going to be the best bowler in the country, or arguably the world!”

And Hogg believes there could be some good news for Red Rose fans where Anderson is concerned.

“When he’s not playing for England, he’s absolutely desperate to play for Lancashire. He loves Lancs to bits,” he said.

“I reckon as soon as he retires from international cricket, he could still play for Lancs for a few years.

“Chappie (Glen Chapple) went on into his early forties and could still bowl now, so I don’t see any reason why Jimmy couldn’t do the same.”

But what about when Anderson does hang up his boots?

“You don’t need a coaching certificate to pass on all he knows. The knowledge he’s got is as much as anybody will ever need.

“He’s bowled all around the world and has got wickets in every situation.

“The way he is as a person, people will love working with him.

“I can imagine him being as good a bowling coach as he is a bowler.”