BARNEY RONAY: He was, simply, a treat, and his career is worth celebrating as an island of purely sporting joy, separate from the horrible shadow of its premature end... 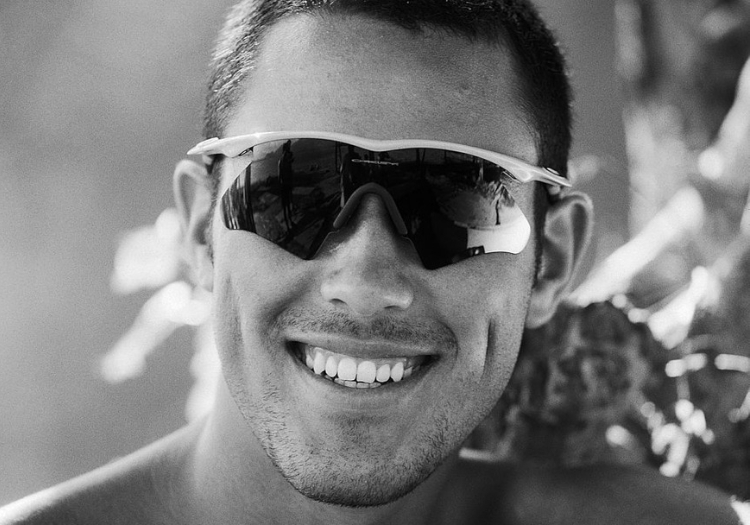 It is tempting to look at Ben Hollioake solely as a cricketer who was lost, a player defined by a premature full stop to a career that was yet to reach full bloom. There is obviously much truth in this: Hollioake was just 24 when he died in a car crash in Australia, a young man still finding out how to translate vast charm, athletic grace and a deliciously simple gift into the daily nuts and bolts of bald cricketing excellence.

But it is not the whole truth. Hollioake was already my favourite cricketer by then. And if there was an incompleteness even before his death this was more to do with the desire, keenly felt, for more than intermittent glimpses of a genuinely stirring talent. But there were parts of Hollioake, his sense of sporting personality, his magnetism on the field, that seemed already fully-formed. He was, simply, a treat, and his career is worth celebrating as an island of purely sporting joy, separate from the horrible shadow of its premature end.

Ben Hollioake! What a player! Whether in his sumptuous, rather brittle batting, his almost comically languid medium-fast bowling and his wondrous fielding.

'He possessed unperspiring superiority, the ideal of the gifted amateur'

There were essentially three stages to Hollioake’s five-year first-class career. The first is the bit he’s known for, and into which all else has since dwindled: that sensational arrival as a clear-eyed unknown, still the most stunning England one-day international debut. Picked to play in the final ODI against Australia at Lord’s in 1997, he was invited to “express himself” at No.3 by Mike Atherton as England chased 270.

Hollioake did exactly that, enacting an elegantly leonine assault on two of the game’s greatest bowlers on his way to 63 off 48 balls. Glenn McGrath was launched down the ground in his first over, Shane Warne yawningly swept into the grandstand. Hollioake looked like a man born to do exactly this, not just once but many times.

If it was hard not to get a little carried away, there were good reasons. Firstly this is England, where teenagers simply don’t do that kind of thing. And secondly Hollioake, even at 19, was blessed with almost embarrassing levels of personal charm. 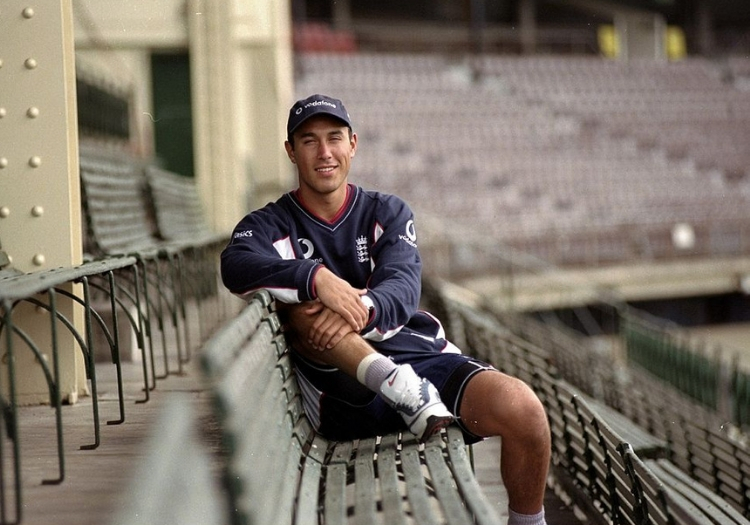 One of my favourite bits of his debut was the TV interview afterwards with David Gower of the BBC. Hollioake it turned out had never played at Lord’s. “Yeah. There’s a good atmosphere in this ground,” the new boy drawled with an acutely restrained sense of mischief. “At least you got out into the middle OK,” Gower suggested in his languid way. “Actually I had to ask someone the way,” Hollioake top-trumped back, by now almost impossibly cool.

This was the paradox of Hollioake: hailed as a potential catalyst in a decisive Aussie-ing of fearful old English cricket, he was in fact possessed of a distinctive kind of Englishness, a suggestion of unperspiring superiority, the ideal of the gifted amateur. For the Surrey regular a late-afternoon 23 from Hollioake, decorated with swaying drives and a pull shot more a persuasion to the boundary than a cuff, would most likely remain the dominant memory of a day’s play. And beyond this there was always the sense of a genuinely striking talent held in reserve. My own favourite Hollioake memory was a Benson & Hedges Cup match at The Oval against Somerset, where he made an impossibly effortless 91: twice in a row Mushtaq Ahmed was swept, from a low, perpendicular position, into the road in front of the gas holder, a shot I have not seen repeated there.

'Hollioake was ready-made for Twenty20, with all its stand-and-deliver pizzazz'

These were the good times, however. The second stage of Hollioake’s career was essentially a falling away. First came a callow and ragged Test debut against Australia at Trent Bridge. A couple of hundreds in Sri Lanka on the winter’s A tour promised much but as early as 1998 Hollioake was playing his final Test, against Sri Lanka at The Oval. In the second innings he lasted one ball against Murali as England rushed to defeat and was promptly dropped, considered by some to have been decisively exposed at that level – never mind that he was 20 years old.

Hard times followed but by 2001 Hollioake had cautiously entered the third stage of his short career, the clawing-back. There was a glimpse of his potential that summer. First a cold-eyed 37 finishing the innings against Australia, then a defiant 53 against Pakistan.

Clutching at straws perhaps but Hollioake was only 23, of Andrew Flintoff’s age in fact, and it is here that thoughts of what might have become of him take flight. Hollioake was ready-made for Twenty20, with all its stand-and-deliver pizzazz, its test of style and nerve and vim. He might have become a white Abdul Razzaq, a more charismatic Shane Watson, a rapier to Flintoff’s bludgeon for England, maybe an IPL regular. Mainly, though, that sense of being not just a cool guy but a nice guy too would have been allowed to foment and spread.

Alistair Brown recently suggested the Surrey dressing room has perhaps only now recovered from the pain of losing Hollioake. As it was, within nine months of that 53 against Pakistan he was dead. His career will remain what it is: a five-year fascination replete with promise, but also with an untarnished memory of grace in action.

This article first appeared in the February 2012 issue of The Cricketer.