Lesson one for Dan Mousley: don’t attempt to back-foot chop deliveries that are hellbound for the top of leg stump. Three balls in a row 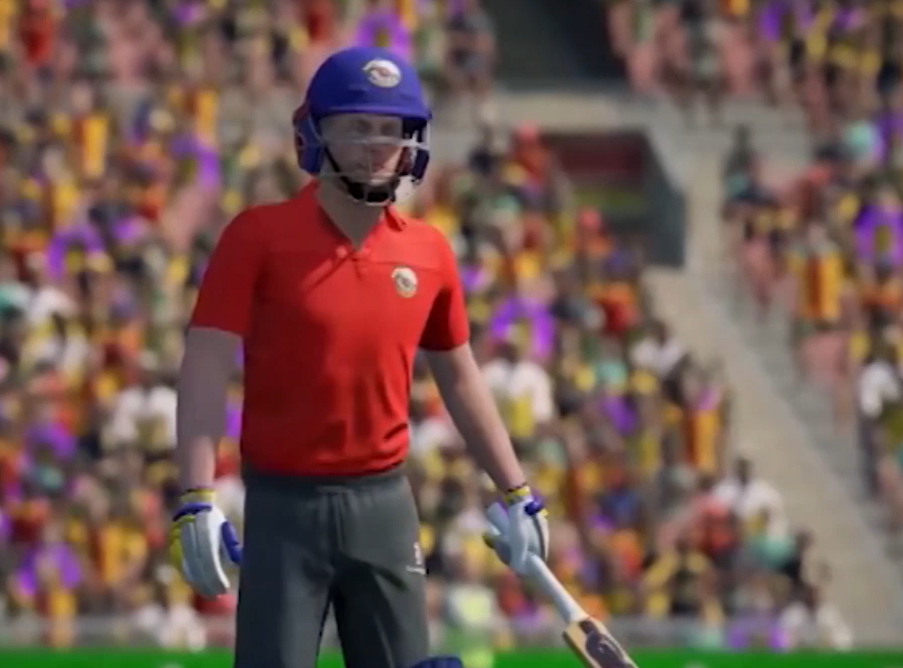 Simon Harmer recorded the first hat-trick in Quarantine Cup history as Essex demolished Warwickshire on their first outing of the 2020 tournament.

Harmer, the side’s Kolpak captain and recent winner of a coveted Wisden Cricketer of the Year title, picked up where he finished off a prolific 2019 season by claiming wickets with the only three deliveries he bowled as Essex knocked over their hosts for just 13 at an embarrassed MCG.

Steered by Jamie Porter behind the PS4, Essex briefly faltered in their pursuit of such a tiny total, but eventually they saw off the challenge of Warwickshire’s Dan Mousley, who will be desperate for time in the nets after discovering the batting controls had been cruelly changed by the competition’s organisers on the eve of his first appearance.

Lesson one for Mousley: don’t attempt to back-foot chop deliveries that are hellbound for the top of leg stump. Three balls in a row.

Warwickshire made a disastrous start to their innings, when Ed Pollock - for some inexplicable reason playing as the Bears’ wicketkeeper-batsman in the format, despite the presence of 17-time England international Tim Ambrose - ran himself out by several feet to leave the hosts 1 for 1.

Dom Sibley displayed a rare aggressive streak to lift newly ponytailed Adam Zampa over midwicket for six but the opener was soon gone, too, failing unsurprisingly to repeat the feat and dishing up a simple catch inside the ring.

At 13 for 2, though, Warwickshire did at least have a chance of staging a revival. That was until Harmer came into the attack.

On his return to the ground where he led Essex to T20 Blast glory last September, Harmer utterly bewitched the "home" side’s middle order.

Bowling fairly rank stuff just short of a length, the South African’s very presence appeared to cause the Warwickshire batsmen to forget how to hold a bat.

With three consecutive deliveries, Harmer knocked over the stumps of Liam Banks, Ambrose and Adam Hose. Carnage for Essex. Calamity for Warwickshire. Catastrophe for the batting coach.

Essex quickly reached 8 without loss in reply, but when Cameron Delport was stumped off Oliver Hannon-Dalby, having failed to regain his ground fully four seconds after the ball had passed his outside edge, tentativeness was suddenly injected into the innings.

Dan Lawrence, the ball after taking a single but still finding himself at the striker’s end, lifted a catch to long-on, and Jeetan Patel initially caused Tom Westley some difficulty.

However, Westley was in no mood to be denied and with a 100-metre six off Patel, clipped off his hips over wide fine leg, Essex claimed victory.

“Everything went wrong, from start to finish,” Mousley admitted after the game. “When you’re getting bowled out for 13, that’s not ideal.

“Jamie won the toss and put me in. I probably would have bowled first but that’s not an excuse for how I played, I performed disgracefully.

Porter was pleased with victory but unconvinced by some of the extremely athletic fielding on display.

“There was some questionable batting from both sides, and I think the bowlers got off the hook lightly.

“I got stumped when my batter made an attempt to come back and decided to give up within an inch of his crease; I hit one over the top, the fielder was in the ring and he’s somehow managed to catch it on the rope. I need to get used to what fielders to take on.”

To remind ourselves of happier times we’re offering a £20.19 subscription to celebrate England’s World Cup win once again. Click here to take advantage!