A sixth win in a row puts the club on 13 points and within touching distance of the last eight, while the Bears are now firmly on the back-foot 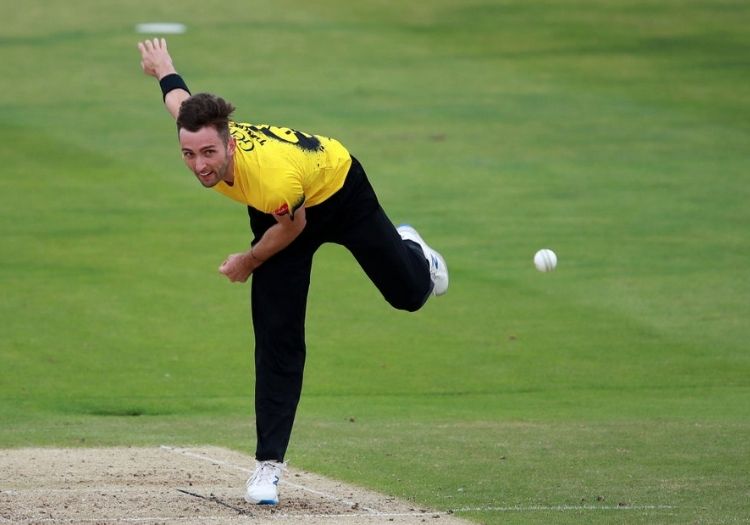 Ian Cockbain proved the scourge of Birmingham Bears again as Gloucestershire moved to the brink of qualification for the Vitality Blast quarter-finals with a 50-run Central Group win at the Bristol County Ground.

Having smashed an unbeaten 84 in the corresponding game at Edgbaston, the 33-year-old Merseysider hit 44 off just 21 balls to boost his side’s total to 173 for 6 after winning the toss.

Chris Dent (39) and Miles Hammond (49) had led the way with an opening stand of 88, but it was Cockbain’s blistering knock that ensured an above par score. Olly Stone was the pick of the Birmingham attack with 2-31.

In reply, the Bears could manage only 123 all out, Matt Taylor returning 3-29 and Graeme van Buuren 3-33. Only Sam Hain offered much resistance with 43 not out.

It was the home side’s sixth successive group win and they now look assured of a place in the last eight, while the Bears have some work to do.

Dent wasted no time signalling Gloucestershire’s intentions, with 2 fours off the opening over, bowled by Tim Bresnan.

Hammond was quickly into his stride too, a couple of reverse sweeps to the boundary off Jeetan Patel taking his side’s score to 21 off two overs.

The two left-handers continued to score freely and by the end of the six-over power-play Gloucestershire’s total was a healthy 49 without loss.

That became 86 for 0 after 11 overs. But Dent was then caught and bowled off a skyer by Patel, having hit five fours in his 34-ball innings.

Hammond went in the following over, well caught on the run at deep mid-wicket by Dominic Sibley off Stone. He had faced 41 balls and notched seven boundaries.

The Bears began to put a brake on the scoring rate and the 16th over was reached without a six in the Gloucestershire innings. 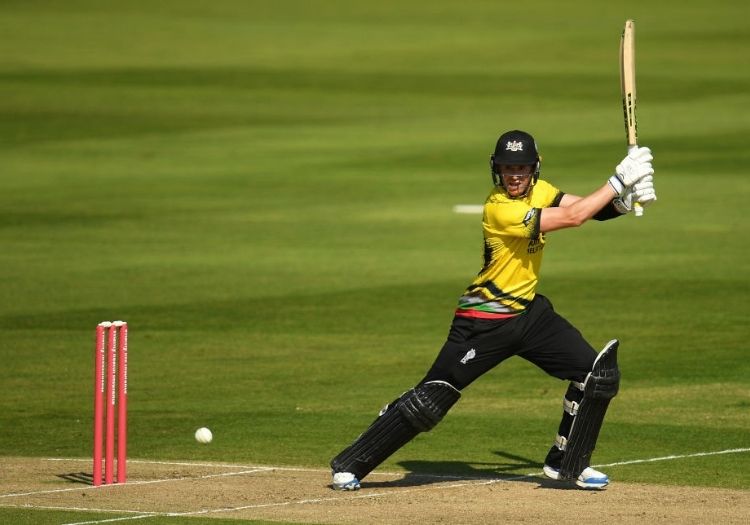 Ian Cockbain was once again electric with the bat

Cockbain put that right with two in succession off Patel and was looking in prime form when caught on the deep cover boundary off Henry Brookes, having hit four sixes and three fours.

From 144 for 2, Gloucestershire lost four wickets for 28 runs, but their score still looked more than competitive. Ryan Higgins was unbeaten on 21 at the end.

The Bears made a poor start to their chase, losing Dom Sibley lbw in the first over, sent down by van Buuren. Soon it was 24 for 2 as RobYates cut a catch to point off David Payne.

Adam Hose hit the first six of the innings off Matt Taylor in the fifth over, but perished tamely two balls later, pulling a catch straight to Higgins at mid-wicket.

The next over saw Rhodes bowled trying to drive van Buuren and the Bears were in disarray at 37 for 4.

Gloucestershire lost skipper Jack Taylor to a hand injury when he tried to catch a fierce drive from Sam Hain in the eighth over, Cockbain taking over the captaincy.

Michael Burgess holed out to long-off as Tom Smith began to weave his customary spell at the Ashley Down Road End. His first three overs cost just 11 runs.

Smith bowling in tandem with fellow left-arm spinner van Burren has been one of Gloucestershire’s strengths in the competition and when the latter bowled Tim Bresnan to make it 83 for six the outcome was beyond doubt.

Hain did his best, with little support, but it was another impressive success for a Gloucestershire side, who will be no one’s pushovers as the tournament moves to its climax.