He played a total of 489 games for Gloucestershire, scoring 12,681 runs and taking 1,223 wickets in the first-class game. His 488 catches included seven in an innings against Nottinghamshire – an effort that still today stands as a joint world record 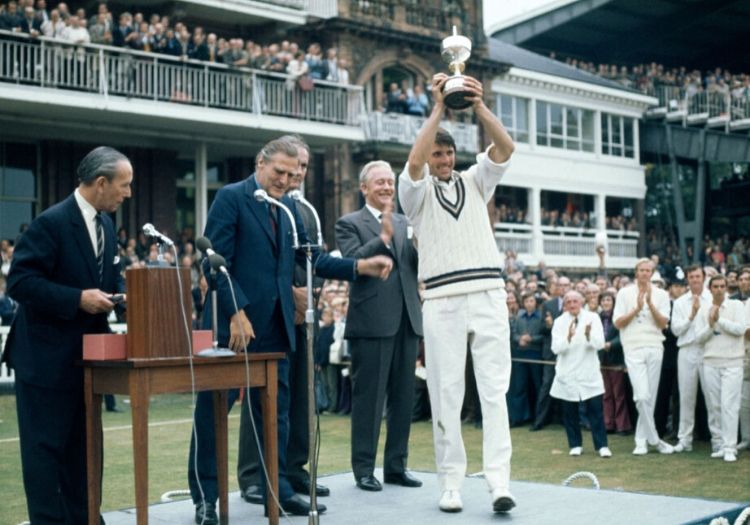 Former Gloucestershire captain, cricket chairman and president Tony Brown has passed away at the age of 83.

After joining the club as a teenager, he represented the county between 1953 and 1976, leading his side from 1968 for an eight-year period.

His unbeaten innings of 77 during the Gillette Cup final at Lord’s against Sussex in 1973 secured himself the man of the match award and earned his club the trophy.

He played a total of 489 games for Gloucestershire, scoring 12,681 runs and taking 1,223 wickets in the first-class game. His 488 catches included seven in an innings against Nottinghamshire – an effort that still today stands as a jointly-held world record.

Following his retirement, he became the club’s secretary and manager, while also enjoying spells with Somerset as secretary and with the Test and County Cricket Board as assistant secretary.

He also managed the England side that toured India and Australia in 1984/85, and headed the national team’s trip to West Indies in 1986.

He was chairman of cricket at Gloucestershire from 1999 to 2007, a time that coincided with the club’s successful run in one-day competitions, before later serving as president from 2008 to 2011.

John Hollingdale, chairman of Gloucestershire Cricket, said: “For Tony to have passed away in this, our very special 150th Anniversary year, is a sad blow for everyone connected with the club. Tony Brown was much admired by and widely respected throughout the cricketing world; he represented the very best of Gloucestershire Cricket and his loss will be felt by all of our supporters.”

Roger Gibbons, president of Gloucestershire Cricket, added: “As one of only three players to score over 12,000 runs and take more than 1,200 wickets, Tony Brown ranked among the best cricketers to have played for Gloucestershire.

“He always led from the front, was the prime example of a true professional taking his roles with the club very seriously and showing immense pride in doing so. He was Gloucestershire through and through and loved by everyone at the club.”