FROM THE ARCHIVE: While war raged the Bradford League became an unlikely sanctuary for players such as Hobbs, Barnes and Woolley. They attracted huge crowds but not everyone was happy 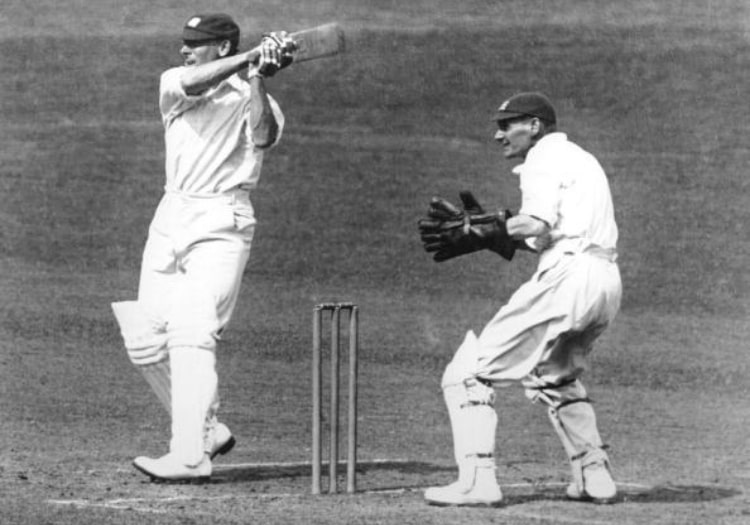 Three weeks earlier 13,000 British and Indian soldiers had surrendered to the Turks at Kut-Al-Amara, Mesopotamia, after a four-month siege. Five days after the match the British and German ﬂeets would clash at Jutland. On the Western Front the Battle of Verdun raged.

Idle Cricket Club were the visitors for the Bradford League match and with them came England’s best batsman, Jack Hobbs. Saltaire folk were not unduly worried, though. The world’s greatest bowler, SF Barnes, was in their side.

Current world star versus recently retired master. It was like watching Kevin Pietersen against Shane Warne on the village green. Hobbs came out on top, paradoxically with the ball. He took 7 for 24 with his medium pace, which included the wicket of Sydney Barnes. 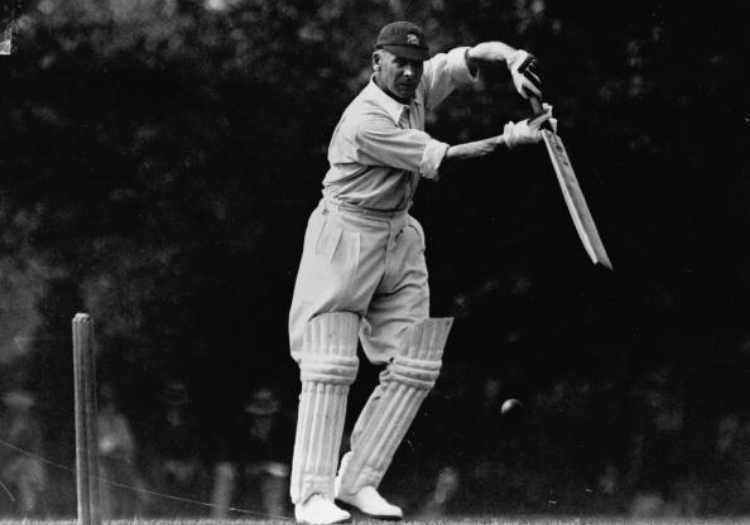 Saltaire brought in big money on the gate. The day before, HH Asquith’s coalition government had announced that all married men between the ages of 19 and 41 would be conscripted into the British armed forces. All single men had been called up the previous January. Barnes was 42 at the time, Hobbs 32. Both were married. It was their second season in the Bradford League.

There was no ﬁrst-class cricket in England from September 1914 to May 1919, but the Bradford League carried on. It was founded in 1903 and cricket had been popular in the town since the 1850 Factory Act gave people Saturday afternoons off work. Tony Barker, author of Cricket’s Wartime Sanctuary says Bradford was a town where people were conscious of their neighbourhood identity.

Twelve teams, from different parts of the city and its surroundings, competed in the inaugural season. This increased to 20 in 1912. There are 25 today, with three originals: Great Horton, Bankfoot and Undercliffe.

When the war started, conscription into the armed forces was voluntary. Yorkshire forbade its players from playing league cricket, believing cricket might discourage people from signing up. Wilfred Rhodes and George Hirst managed one game for Bingley against Baildon Green.  Rhodes top-scored with 67 and took 7 for 45.

Herbert Sutcliffe, 19 when Britain declared war and yet to make his full Yorkshire debut, played three games for Pudsey Britannia under an assumed name. A corporal in the Sherwood Foresters, Sutcliffe cycled 20 miles from York to Killingbeck and then took a tram into Bradford. He got three ducks, all leg-before, and never revealed his pseudonym.

With Yorkshire players unavailable, Bradford League clubs looked further aﬁeld for their stars. Derbyshire’s Samuel Cadman went to Tong Park, Surrey’s Bill Hitch to Eccleshill. Lancashire’s Ciss Parkin and Nottinghamshire’s George Gunn were at Undercliffe with the South African all-rounder Charlie Llewellyn. Llewellyn took a hat-trick against Baildon Green with his slow left-armers, all stumped by Brian Close’s grandfather, William. “White hair and a damn good player, according to my dad,’ is all Close remembers of Llewellyn.

Fred Root, the Worcestershire and Derbyshire fast bowler who played three Tests for England, turned out for Bowling Old Lane in 1918. Middlesex’s Jack Hearne and Schoﬁeld Haigh – who had retired from Yorkshire duty in 1913 – played for Keighley, as did Kent’s great all-rounder Frank Woolley. 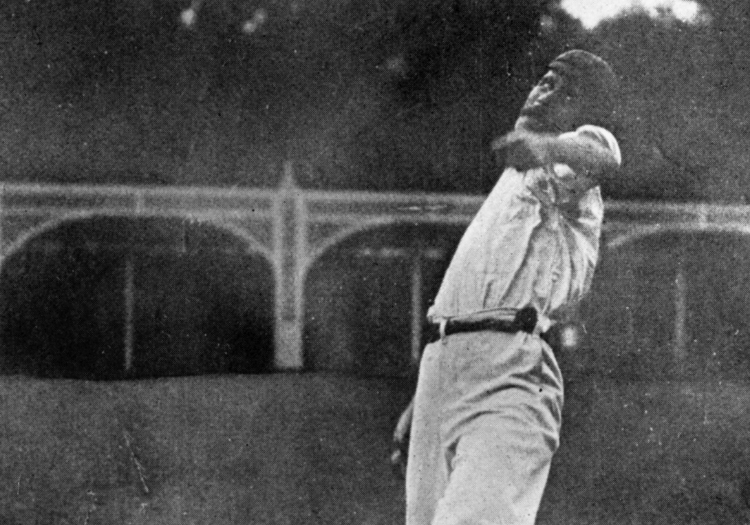 Hobbs came up against Sydney Barnes

Stars, big crowds and dramatic ﬁnals: the Bradford League was providing a welcome distraction to the raging war.

In May 1915 Saltaire advertised for a left-arm bowler in the Athletic News. Barnes, whose contract had not been renewed by Porthill in the Staffordshire League, replied by telegram. “Will I do?” The club telegraphed back. “Come to Bowling Old Lane Saturday. Terms will be arranged.”

Barnes showed up, took 8 for 8 and was paid £3 10 shillings. “Not what I would have wanted,” he later wrote, “but it was that or nothing, as there was no other cricket going on.”

In the next game Barnes took 10 for 14, “scattering the Baildon Green batsmen in sensational fashion”, according to the Shipley Times and Observer. He also had 8 for 4 in three overs against Windhill and ended up with 92 wickets in 108 overs at an average of 4.42.

Hobbs arrived a few weeks after Barnes, on £5 per match plus £2 expenses. He lived in Surrey and had to get the train to and from Bradford every Saturday. “The world’s greatest batsman is coming to Idle,” the Shipley Times and Express crowed. “He could hardly be dull, even if he tried, but in no sense [is he] a slogger.”

By his own standards Hobbs struggled in that ﬁrst season, averaging only 36.63. His ﬁrst game was rained off and in the second a Bingley journeyman, Albert Judson – who would play one Championship match for Yorkshire in 1920 – had him “scratching around for 39”. In August he got his ﬁrst duck, out lbw to a trundler called Lumb.

He made 60 against Lidgett Green and a masterly 79 not out against Windmill but the Shipley Times and Express complained that Hobbs was taking league trundlers too cheaply. Hobbs admitted as much, adding that he had tried to score too quickly to please the crowd and that he was not playing often enough to maintain top form.

"Barnes played for Saltaire until 1923, taking 904 wickets at 5.26 and topping the league bowling averages every season. He also scored 7,239 runs, often opening the batting, and had a top score of 168 against Baildon Green in 1918. In Tests Barnes averaged eight as a batsman"

The other England great the crowds ﬂocked to see was Woolley. Aged 27, he had apparently failed a navy medical with defective eyesight – hard to believe by anyone who saw him bat. A letter Hobbs sent to the league president, JJ Booth, in November 1915 suggests there may have been something wrong with Frank’s toes. In other words, he would not be going off to war any time soon and would make a good signing.

Woolley’s exploits on the cricket ﬁeld were a welcome distraction for the people of Keighley in the summer of 1916, which brought death, stalemate and the Battle of the Somme. “Fine bowling performance, 6 for 12 against Bankfoot,” reported the Keighley News. “Six wickets fall for seven runs” ... “Two brilliant catches” … “Another century, Woolley distinguishes himself against the league leaders” … “monopolises the scoring” … “continues to hit superbly [with the tail]”.

During his hundred in 75 minutes against East Brierley Woolley “stroked the ball all around the wicket with wonderful freedom”. The Keighley News reporter called it hurricane-style batting. Against Idle and Hobbs, he hit 120 out of 186.

While these cricketing heroes attracted big crowds, not everyone approved. Hobbs was widely criticised for not volunteering for the war effort. His argument that he had a wife, four kids and an elderly widowed mother to look after was scoffed at, even in his own family. Others had similar commitments but still signed up – four of Hobbs’s ﬁve brothers for a start, two of whom were seriously wounded.

In June 1915 Lord Hawke, chairman of Yorkshire CCC, called the engagement of star players by Bradford League clubs “scandalous” during a Yorkshire committee meeting. Local and county press printed his comments. Hawke subsequently objected to any cricketer of military age being engaged by Yorkshire clubs.

He stopped short of calling Booth, Hobbs and Barnes and the Bradford clubs war proﬁteers but Yorkshire’s secretary, Frederick Toone, did add that in wartime players should not be brought in from outside to create a sensation. Booth was furious and complained publicly. A local businessman, and one-time Liberal Party candidate, Booth had a strong political inﬂuence over the league.

The league, he claimed, contributed to war charities, Bradford’s conscription statistics were as good as anywhere and, if people in the city worked hard for ﬁve days a week, they should be allowed three hours of sport at the weekend.

Booth argued that cricket and the presence of greats lifted people’s spirits. He demanded an apology from Hawke, who did not give him one, but a committee meeting decided to carry on as before. The League was not afﬁliated to Yorkshire CCC and so not bound by the county’s rules nor the whims of its ofﬁcials. 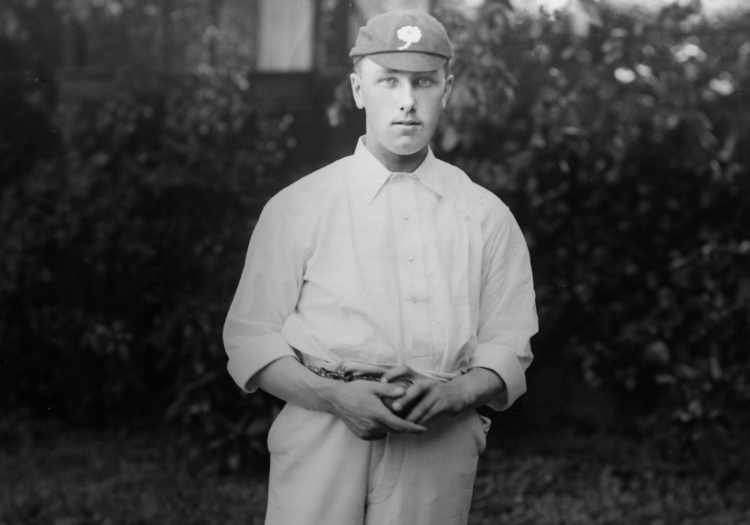 A few days before he started the row Lord Hawke had made a public plea for Yorkshire folk to continue paying their county membership fee through the war. There was no county cricket but, with Hobbs and Barnes playing in the Bradford League, locals had a high-class alternative of which Hawke did not approve.

Hobbs brought his best form to Bradford in 1916. He scored 784 runs at 56, “using almost every known stroke with equal grace and ability”, wrote the Bradford Cricket Argus. He also took 59 wickets. In the return match with Saltaire Hobbs took 9 for 39 and was “distinctly ﬁery” according to the Shipley Times and Express. He also scored 87.

The crowd held a collection for him and raised £10 15 shillings. Idle won their ﬁrst league title. After the last game Hobbs revealed he would not be back next year. He had been conscripted into the Royal Flying Corps.

Barnes played for Saltaire until 1923, taking 904 wickets at 5.26 and topping the league bowling averages every season. He also scored 7,239 runs, often opening the batting, and had a top score of 168 against Baildon Green in 1918. In Tests Barnes averaged eight as a batsman.

Barnes aside, by 1917 most of the famous Bradford League names had left and gone to war. Hobbs returned occasionally, when on leave. In one Priestley Cup game against Barnes and Saltaire, in 1918, he smashed 132, including 20 fours, many of which ﬂew into and over the stands. There were no sixes in Bradford League games then.

By this time the Allies had launched what became their ﬁnal attacks on the Central Powers. Between September and November 1918, Bulgaria, the Ottomans, the Austro-Hungarians and ﬁnally the Germans, signed armistices. The war was over; nine million dead, 21 million wounded, eight million missing.

In 1919 the County Championship resumed, with teams experimenting with two-day matches for the ﬁrst season. Bradford lost its stars, except Barnes, who preferred the leagues to ﬁrst-class cricket.

When war broke out again in 1939, and county cricket was again called off, Eddie Paynter and Learie Constantine signed for Bradford League clubs, no doubt remembering the days, three decades earlier, when thousands ﬂocked to the city’s cricket grounds to watch England’s best batsman take on the world’s best bowler.