Josh Little, David Delany and Curtis Campher have all been offered central contracts for the first time 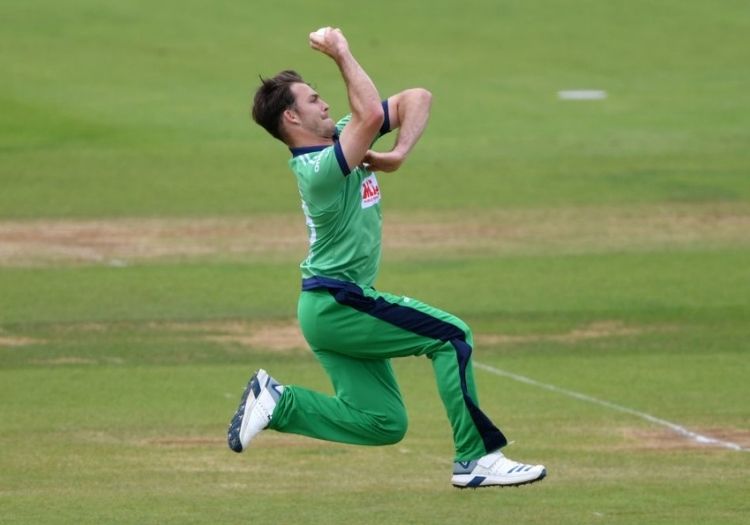 Cricket Ireland have announced that 18 full-time central contracts and two retainer contracts have been offered for 2021.

Josh Little, David Delany and Curtis Campher have all been offered central contracts for the first time. Peter Chase regains his full-time contract.

Ireland's chairman of national men's selectors, Andrew White, said: “The selectors have been extremely pleased with the successful start to Curtis Campher’s Irish career, and the positive progress displayed by two exciting young talented pacemen in Josh Little and David Delany – it’s exciting for fans to see these three young players in the green, and it creates a sense of anticipation as to the potential impact they may have on the international stage.

“We have also been delighted by the hard work and commitment shown by Peter Chase in improving his game – when he lost his full-time contract last year, Peter went away and worked on his action and approach to his craft, and we hope that he will once again be showing his skills at the highest levels.

“With each passing year the questions posed to selectors by the contracts process mean tough decisions have to be made. It is pleasing to know that there are so many players who are vying to be on the list, and some can rightfully feel unfortunate not to be there today."

"To those who have lost contracts – Boyd, Stuart and Tyrone –  the door is never fully closed and the selectors will be keeping a keen eye on their progress during the coming season,” White added.

Meanwhile, Richard Holdsworth, Cricket Ireland's high performance director Richard Holdsworth said: “Fans will notice that we have offered 18 full-time contracts this year, one less than last time – we hope this will give us latitude to introduce more retainer contracts and effectively create a greater overall player pool spending invaluable contact time with the coaching staff. We have offered two retainer contracts so far, and hope to make further offers in due course.

“The limited performances in 2020 showed remarkable progress. Despite dealing with the obvious challenges, we can look back with great pride at wins over the West Indies in the Caribbean, England in England, and Afghanistan in subcontinent conditions. However, the result is only half the story – that many young players stepped up and began to perform on the highest stage was probably just as pleasing.”