CHAMPIONSHIP DIGEST: Catch up with all of Friday's action around the counties 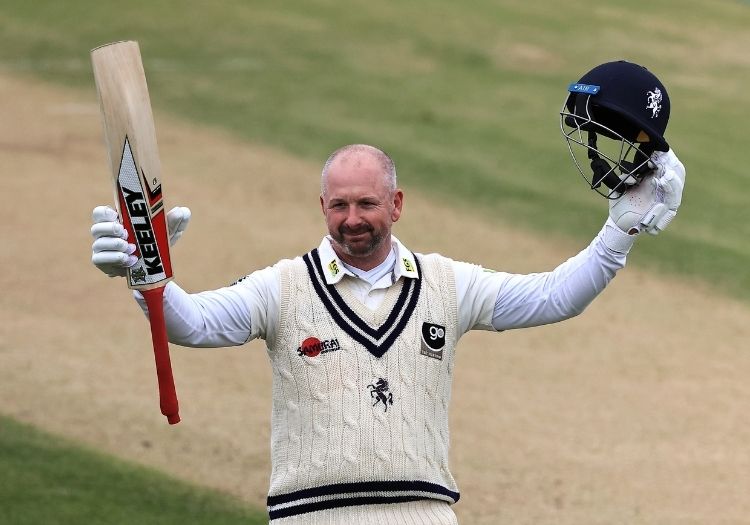 Westley produced a completely chanceless innings of 213 for the second double century of his career - both of which have come against Worcestershire.

He was accompanied with three-figure stands with Paul Walter and Adam Wheater - who scored 87 - and a 50-run stand with Ryan ten Doeschate.

Essex eventually declared on 490 for nine, before Sam Cook took three wickets in five balls to see the visitors slump to 43 for three.

Derbyshire's bowlers hit back on the second day of the LV=Insurance County Championship match at Edgbaston as Warwickshire reached 169 for five in reply to the visitors' 189.

Batting was difficult throughout a heavily weather-affected day as the ball seamed around under thick cloud and a young Derbyshire attack, led by the impressive Ben Aitcheson (2 for 31) and Sam Conners (2 for 40), maintained the pressure.

Rob Yates, who made 40, batted fluently but the rest had to battle, and sixth-wicket pair Matt Lamb and Tim Bresnan did so effectively to add an unbroken 55 before bad light lopped of the last 20 overs.

Durham seized the initiative at a cold and damp Trent Bridge, where a familiar Nottinghamshire collapse with the bat was compounded by an injury to their England fast bowler, Jake Ball.

The 30-year-old, whose return to wicket-taking form last season earned him a place in England’s white-ball squads in India after three years out of the international picture, took two wickets on the first day here but had bowled only nine deliveries on the second morning when a back problem forced him off the field. Nottinghamshire say it is “sore” and is “being monitored”.

With Ball out of the attack, Durham built well on the fightback mounted by Brydon Carse and Ben Raine late on the first evening to post a more competitive first-innings total than had once seemed likely.

Their seam attack then took advantage of difficult batting conditions on a gloomy afternoon to reduce Nottinghamshire to 85 for six before Tom Moores and Liam Patterson-White stemmed the flow of wickets in a stand of 56.

Captain James Vince made the third double century of his first-class career as Hampshire continued to dominate their LV=Insurance County Championship match against Leicestershire.

Vince received fine support from Liam Dawson, who made an unbeaten 152 before the visitors declared, leaving the Foxes needing 463 simply to avoid the follow-on.

That prospect looked even more unlikely when Hampshire’s seamers picked up four wickets before the close. 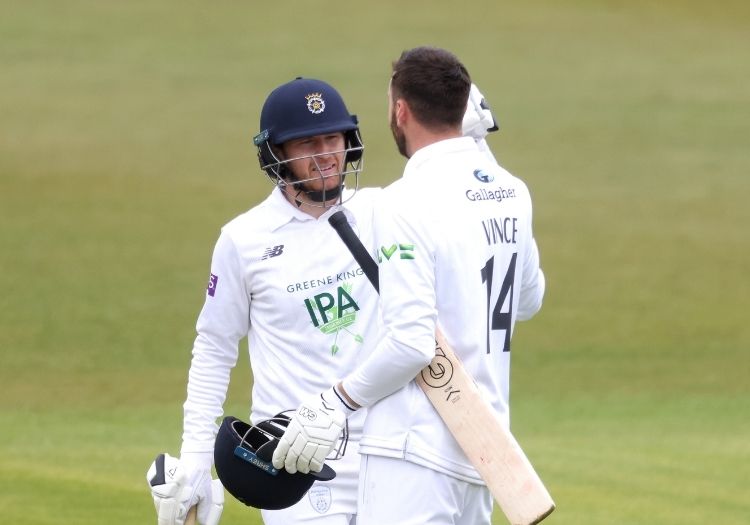 James Vince and Liam Dawson both made big hundreds for Hampshire

Chris Dent has, at times, carried Gloucestershire’s batting in the past years and it was he who again led his side’s effort as they built a solid response to Surrey’s 220 at Bristol, though it was far from a lone hand as the hosts reached 311 for eight at the end of day two.

Dent’s bright 78 was followed by 54 from James Bracey and Tom Lace’s 65. None of them could turn their positions into a potentially match-defining innings but they still helped give Gloucestershire a significant lead and three batting points.

In continuing uncertain times, 39-year-old Murtagh proved his reassuringly reliable self, returning figures of 4 for 46 and with his heir-apparent at Middlesex Ethan Bamber contributing 3 for 24, the visitors were bowled out for 172, giving the hosts a lead of 141 after they earlier posted 313, Lewis Gregory taking 5 for 68.

That advantage would have been greater but for a 10th wicket stand of 83 between Marchant De Lange, who made 51, and England spinner Jack Leach which saved the follow on. 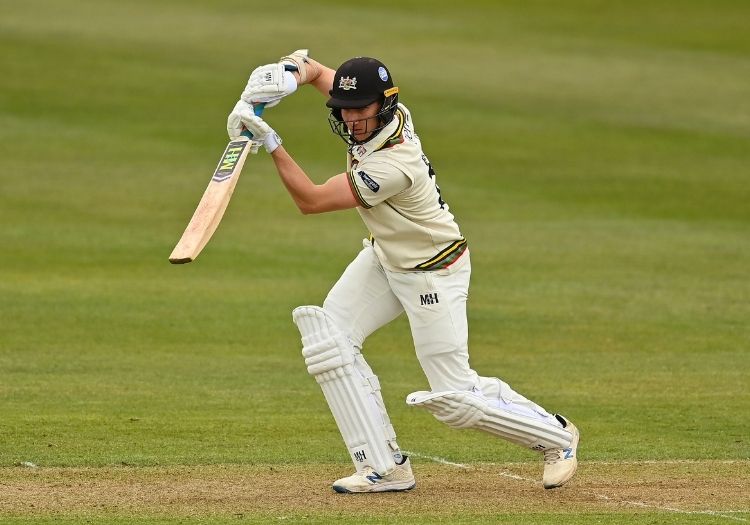 James Bracey made a half century for Gloucestershire

Veteran allrounder Darren Stevens starred with an unbeaten century to put Kent in the driving seat on a rain-affected second day of their LV= County Championship clash against Northamptonshire.

Stevens, who will celebrate his 45th birthday later this month, struck 116 not out – his 35th first-class hundred – and became the oldest player since 1986 to register three figures in a County Championship fixture.

He shared partnerships of 74 with Harry Podmore and 63 with Miguel Cummins for the last two wickets, shepherding Kent to a first-innings total of 455 at Northampton.

Afternoon rain restricted the Northamptonshire response to just 15.2 overs, although a flamboyant undefeated 54 by Ricardo Vasconcelos enabled them to make swift inroads on the deficit, reaching 91 for one at the close.

An unbeaten century by skipper Dane Vilas helped secure a first-innings lead for Lancashire on the second day of their LV= Insurance County Championship match against Sussex at Emirates Old Trafford and the home side go into the second half of the game with five wickets in hand and the opportunity to build a match-winning advantage.

Replying to Sussex’s 301 all out, Lancashire were 339 for five at close of play with Vilas on 158 not out and Luke Wood unbeaten on 27. The most successful Sussex bowler was Ollie Robinson, who ended the day with 2 for 51, but the other members of Ben Brown’s attack could not match their spearhead’s excellence. 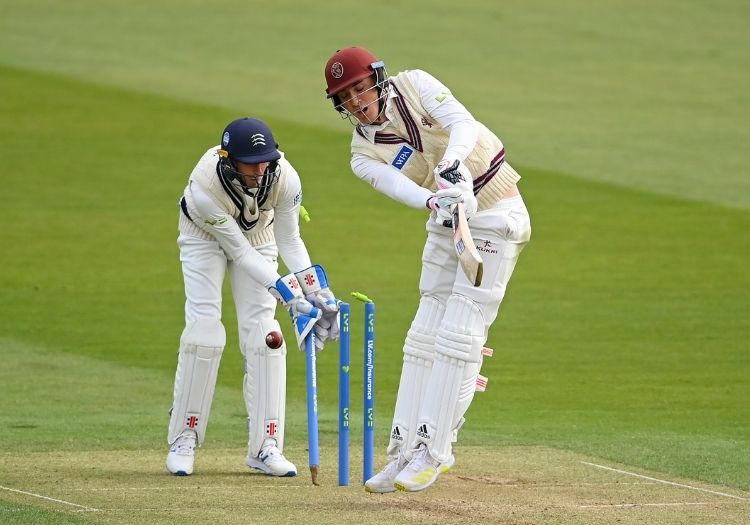 Joe Root was dismissed for an unconvincing 59-ball 16 as one of 16 wickets to fall during an exhilarating second day between Yorkshire and Glamorgan at Emerald Headingley, with the visitors just maintaining the advantage.

This opening round LV= Insurance County Championship fixture was firmly in Glamorgan’s hands having posted 330 in their first innings during the opening half hour of play before bowling their hosts out for 193.

Yorkshire narrowly avoided the follow-on yet conceded a 137 lead at tea.

But Ben Coad, who claimed 4 for 94 in the first innings, then struck three times with the new ball under overcast skies to reduce the Welshman to 29 for four second time around. Glamorgan later closed on 68 for four from 29 overs, a lead of 205.