Ahead of the start of the Bob Willis Trophy, NICK FRIEND looks at ten young players from across the county circuit who might be given their opportunity over the next month 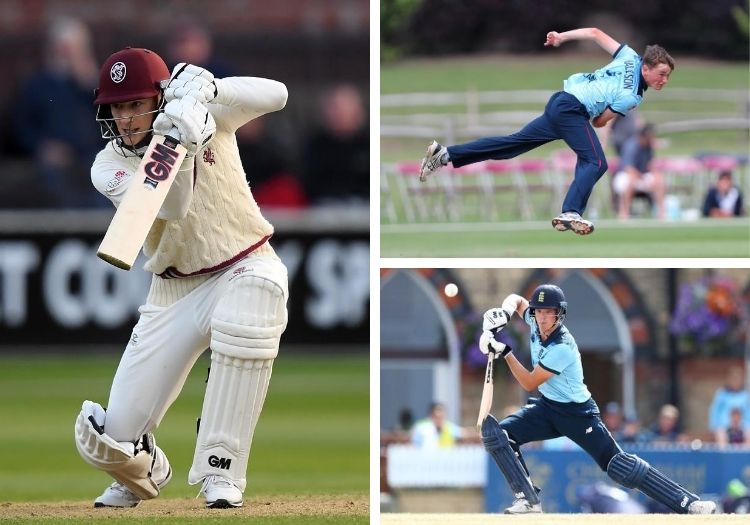 Perhaps one of the more intriguing pieces of business conducted in recent weeks concerned Alex Horton, a 16-year-old wicketkeeper-batsman, who made his South Wales Premier League debut for Newbridge as a 13-year-old.

A product of Glamorgan’s academy, he has signed a five-year deal with the club, having made his second team debut in 2019 – a game in which he made 58 in his first innings.

“We wouldn’t be signing him to a contract if we didn’t think he had the ability to play first-team cricket in the not-so-distant future,” explained director of cricket Mark Wallace, “but that doesn’t mean it will be this season or next season.

“We won’t hold him back because of his age – if he deserves to play he will but if he needs that extra stage of development he’ll have that opportunity.”

He showed a further glimpse of his quality in the county’s intra-squad warmup game, which finished on Wednesday, striking 30 off 29 just deliveries.

Ben Aitchison may be a new name for many, but he is one to look out for. Derbyshire have acted quickly to sign the seamer on a rookie contract after the 21-year-old enjoyed a terrific spell in grade cricket over the winter with Parramatta District CC. He took 26 wickets in 11 games as a relative unknown, with several counties watching him – Sussex among them – during his stint as word got around.

Aitchison has previously spent time as part of Lancashire’s academy; he plays his club cricket for Formby and has represented Cheshire on the national counties circuit. Among his teammates will be fellow 21-year-old Michael Cohen, a highly regarded left-armer. He has represented South Africa at under-19 level but qualifies to play for Derbyshire via EU citizenship rules.

A talented left-handed batsman, Ben Charlesworth is the latest in a line of fine young cricketers being produced by Gloucestershire. He made his first-class debut for the club towards the back end of the 2018 season, before continuing to impress in 2019. In two games at the Under-19 World Cup at the beginning of this year, he made scores of 36 against West Indies and 82 against Australia.

A product initially of St Edward’s School, Oxford – the alma mater of county teammate Miles Hammond, he will have plenty of competition for places in Gloucestershire’s first team setup. In preparation for what should have been the club’s return to the County Championship’s top tier, they had recruited Middlesex allrounder George Scott, while James Bracey, Chris Dent and Ryan Higgins are already staples of a settled batting line-up. Twenty-year-old Tom Price is another to watch; the bowling allrounder signed his first professional deal with the club back in January. 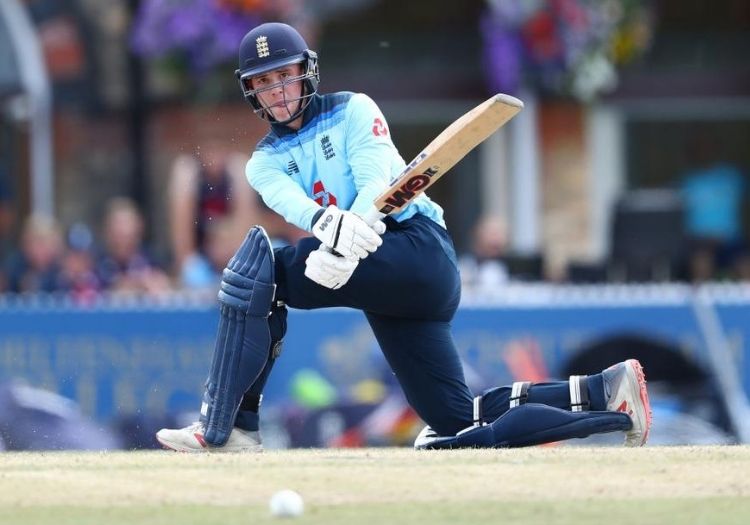 Still now only 19 years of age, he dismissed Kraigg Brathwaite as far back as 2017 when he was handed his Derbyshire debut in a tour game against West Indies. Last summer he represented England Under-19s in games against Bangladesh, India and Ireland.

His first Surrey wicket came in a warmup game last week, having former England opener Sam Robson caught at slip. He was one of two youth internationals signed up over the winter, with Nick Kimber – another 19-year-old right-arm seamer – also joining from Nottinghamshire.

Only four players scored more runs than Dan Mousley during this year’s Under-19 World Cup; the Warwickshire youngster made scores of 111 against Sri Lanka, 57* against Japan and 51* against Australia to end with 241 at an average of 80.33 – a fine personal effort to end a disappointing collective tournament.

Ian Bell, his batting coach with England Under-19s but also a teammate at Edgbaston, has spoken in glowing terms of a youngster who was still two years from birth when the England great made his own professional debut. A decent supporter to have on board.

With Warwickshire beginning to look to the future – Jeetan Patel and Tim Ambrose are both set to retire at the end of the season, Mousley is one of several for whom the future looks rosy. 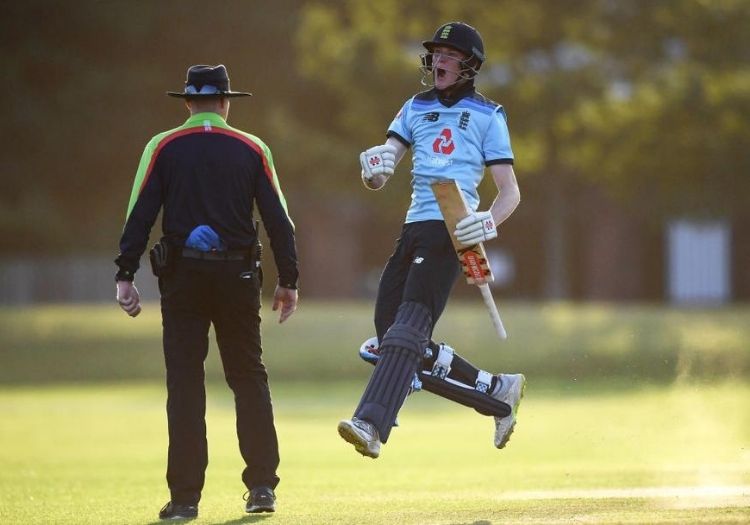 A big year for the former Derbyshire off-spinner, who will make his competitive debut for Kent in the coming weeks. It feels strange categorising Qadri among some of the names on this list; it feels as though he has been around for some time, having become Derbyshire’s youngster-ever first-class player in 2017 and the first player born in 2000 to make a County Championship appearance.

He has still only played ten first-class games along with four white-ball matches, but his move to Kent offers him the opportunity to make a name for himself as first-choice spinner at a county thriving with a young squad. He went wicketless in ten overs of a practice match against reigning champions Essex, though a tremendous piece of fielding off his own bowling ran out Adam Wheater. Only four players took more wickets than him during this year’s Under-19 World Cup.

In another year, perhaps more might have been made of George Bartlett’s 2019 campaign. Overshadowed by Somerset’s Royal London Cup glory, the mesmerising stroke-play of Babar Azam, the precociousness of Tom Banton and another year as County Championship bridesmaid, Bartlett’s exploits got lost somewhat.

In red-ball cricket, though, only captain Tom Abell contributed more than his 718 runs, and only Abell managed his at a better average than Bartlett’s 31.21. There were two centuries and three fifties for good measure – a fine effort for a 22-year-old only 25 appearances into his first-class existence.

With Banton, Jack Leach, Dom Bess, Lewis Gregory and the Overton brothers all called up by England at different points of this unusual summer, there is every chance that Bartlett, a Millfield School product, might prove even more important to his side.

On the back of an impressive loan stint at Derbyshire, Tom Lace is back at Middlesex. With Dawid Malan having moved on to Yorkshire and overseas player Peter Handscomb no longer joining for this truncated, Covid-impacted campaign, there are middle-order berths to be filled.

Still only 22 years of age, it would seem that Lace is likely to fill one of them. Playing in a competitive Division Two last year, he scored 780 runs for Derbyshire at an average of 43.33. Of those currently on Middlesex’s staff, only Sam Robson bettered that run tally.

Watch out, too, for leg-spinning allrounder Luke Hollman, who has represented England Under-19s and is the club’s second leg-spinner after Nathan Sowter, as well as hard-hitting teenage batsman Joe Cracknell, who made a half century in an intra-squad friendly, and young seamer Blake Cullen. 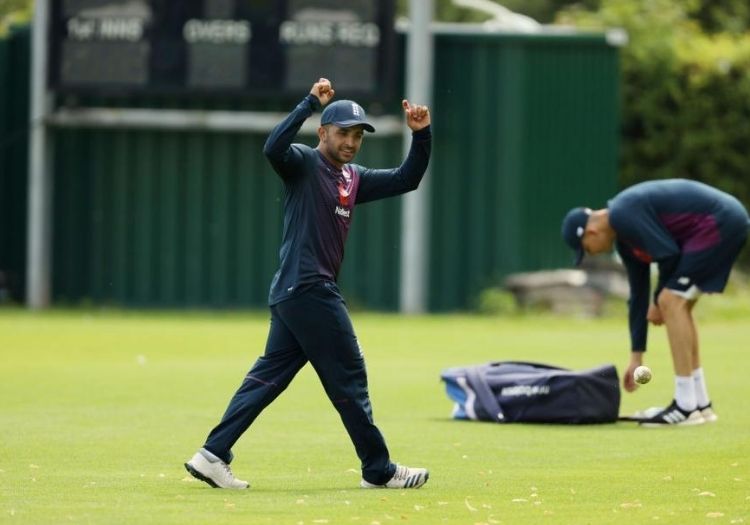 Next off the Worcestershire production line is Jack Haynes, a 19-year-old batsman for whom the club holds high hopes. During this year’s Under-19 World Cup, he made a series of solid scores, though only passed fifty once – against Sri Lanka in the final game.

He made his County Championship debut towards the end of last season while still only 18 – against the might of Australia, no less, and an attack including Josh Hazlewood and Mitchell Starc. He battled for a run-a-ball 24.

Opportunities are never far away for the county’s homegrown talent. Haynes made 43 in a pre-season friendly against Warwickshire, which also featured 21-year-old seamer Dillon Pennington. He is another who will be hoping to build on his potential in this shortened campaign; he represented England at the 2018 Under-19 World Cup.

England’s captain at this most recent Under-19 World Cup and highly thought of at Lancashire, George Balderson is yet to make his first team debut at county level. But the allrounder could see himself given an opportunity in this unusual year.

Primarily used as a bowler for his right-arm seamers under Jon Lewis’ international leadership – in limited-overs cricket at least, he has tended to bat in the top or middle order for Lancashire’s second team and made runs against Derbyshire in a pre-season game that ended on Wednesday. In two Tests at under-19 level, he opened the batting.

In an interview on Lancashire’s club website, he admitted to idolising Alastair Cook in his youth, while he compared his batting style to that of Andrew Strauss.

For unrivalled print coverage of the county season, subscribe to The Cricketer and receive four issues for £15