The fan who tamed Massie

HUW TURBERVILL: The late Richard Gwynn, a reader of The Cricketer, knew what swing sensation Bob Massie was doing in the 1972 Ashes when the England batsmen could not read him for toffee. Here is his story 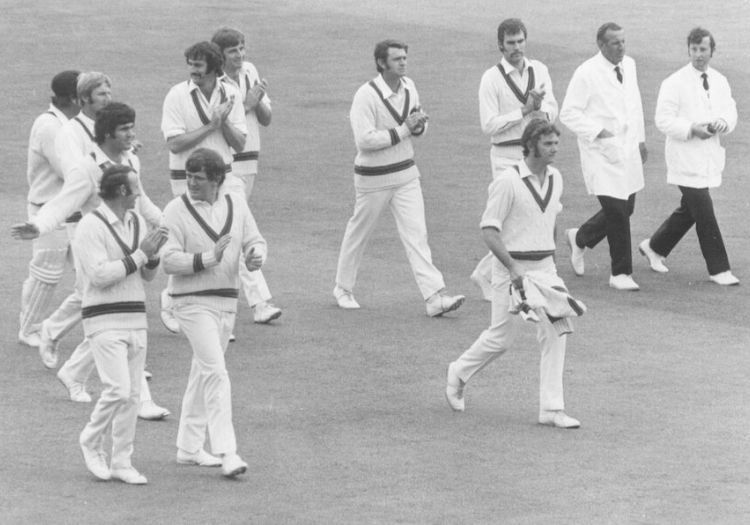 It is every England fan’s dream. Australia have unearthed a deadly new bowler, wreaking havoc with prodigious amounts of swing. No batsman can pick him. But you, a humble club cricketer – watching from the pavilion with your binoculars – can. You are conscripted for national service. The code is broken. The demon is vanquished.

This happened to Richard Gwynn, a long-time subscriber to The Cricketer. The bowler in question was Bob Massie. Like the Magnavox Odyssey home video game console, he was big in 1972, but not much was seen of him again.

Going in to the second Test of that year’s Ashes series at Lord’s, Ray Illingworth’s England were feeling confident. Their triumph in Australia in 1970/71 was one of England’s greatest, and then they won the opening Test at Old Trafford by 89 runs.

The tourists were being written off as one of the worst Australia sides ever, something that you could imagine went down as well as warm beer with them. They decided it was time to give Massie, a 25-year-old from Western Australian, his debut.

Illingworth won the toss and batted, and Massie, his mutton chops looking resplendent, revelled in the overhead conditions, swinging it both ways. He took 8 for 84 (including a 20-over spell) as England were dismissed for 272.

He asked to take a blow, but captain Ian Chappell said: “Come on mate, you’re not going to get conditions like this too often.” Greg Chappell’s 131 helped Australia to 308, then Massie was even more lethal, taking 8 for 53 (England this time folding for 116). Australia won by eight wickets. His figures of 16 for 137 were the best by a Test debutant until India’s Narendra Hirwani’s 16 for 136 against West Indies in 1987/88. 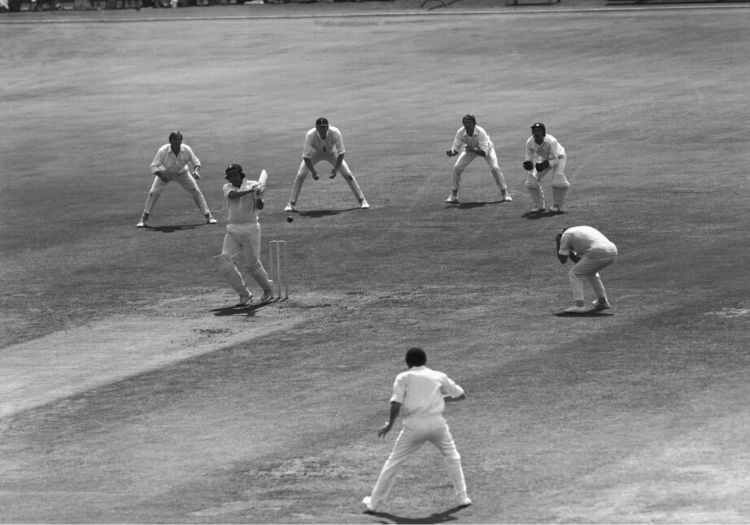 Gwynn takes up the story. “I used to get into the Lord’s pavilion even though I wasn’t a member of MCC,” he said. “I used to sneak in through the kitchens. John Edrich and Brian Luckhurst were dismissed by Dennis Lillee from the Pavilion End. I went to the top tier of the pavilion. Massie was bowling from the Nursery End at Geoffrey Boycott, big outswingers. He was looking untroubled but was suddenly bowled for 11. It was a big shock to everybody as he was so rarely bowled when playing defensively.

“So what I did, I went to the bar to have a look at the television. I saw that Massie had changed his action completely. His outswing action, his elbow goes right up to his ear, he turns his shoulders right around. This delivery was his first inswinger, and his right arm comes right out of line… I saw this straight away.

“I was actually sitting next to Harold Pinter, and I said to him that Massie has changed his action for that delivery. This carried on: he took eight wickets in the first innings.

“I knew the Kent people, I played in the Kent League. I saw Brian behind the pavilion, and I said to him, ‘Have you seen what Massie is doing? He’s changing his action for the inswinger’. Brian said Boycs had been studying it ever since he got out. So I said, ‘Oh, you’re bound to see it, it’s so obvious.’ Next day I went to watch, and Greg Chappell got a big hundred.

“On the Saturday I was playing for Bromley. They had the Test on TV at tea and there was Massie bowling around the wicket bowling enormous outswingers. I said to the lads, ‘He changed his action for that one’, but no one could see it.

“I wasn’t a journalist at the time, but I had done some journalism. Anyway, I wrote the thing up. I wrote to all the Fleet Street papers and then by Wednesday I rang The Sunday Times. John Lovesey was the sports editor. I asked, ‘Did you get my piece about Massie?’ He said ‘Yes, Robin Marlar [cricket correspondent] is looking at it, but doesn’t agree with it.’

“Then on the Friday the Daily Mail sports desk rang and said they were interested in my story, and asked me to come in at lunchtime. I went in and demonstrated Massie’s action, and they asked me to go to Leicester to watch him in the tour match, with Brian Scovell. At Grace Road, Massie bowled Leicestershire out for 34, and he took six wickets. 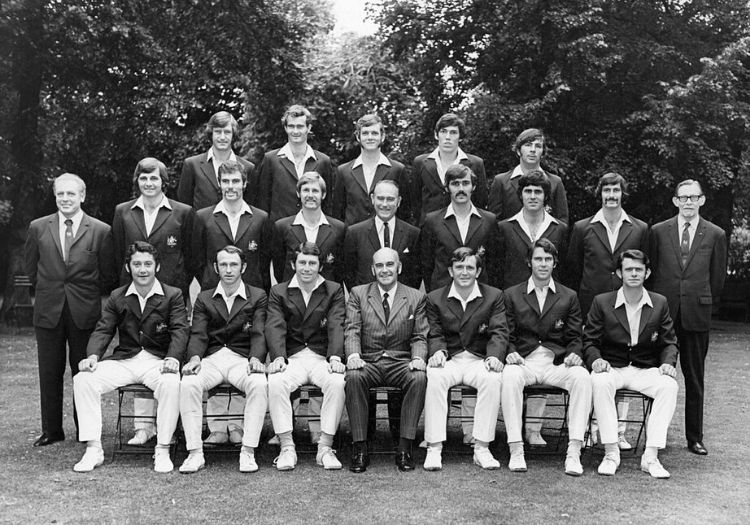 The Australian tourists of 1972

“I had to call what he was going to bowl before he bowled it, which I did. About 10 days later the Mail came out with their double-page spread, and on the front page, said, ‘Secrets of a bowler exposed’. It was a dream for a cricket nut like me. The Mail said there was a lot of interest. Ray Illingworth wants to meet you.

“He was captaining Leicestershire against Kent at Maidstone, somewhere I played often. So at tea we went onto the square together, and Illingworth said to me, ‘Look I think you have something here, so I want you to come up to Trent Bridge and talk to the others.

“So I went up to Nottingham. I remember standing behind the Australian net, and Ian Chappell told me to f*** off. Anyway before England had their supper Ray asked me to have a chat with them, so I did and everyone was interested, including Boycott, apart from John Edrich, who said, ‘I’ll read it off the pitch, mate’. Massie still bowled well in the first innings, taking 4 for 43, but in the second innings he took just the one wicket.”

The match was drawn. Massie went wicketless in Australia’s heavy defeat at Headingley, and had a modest return – 2 for 146 – at The Oval, although the tourists squared the series there. A banker by profession, he played only two more Tests, against Pakistan that winter, taking eight wickets. Soon after he lost even his state place, and became a radio commentator.

“Massie barely took another wicket but it changed my life completely because the Mail said they’d take me to other Tests and I became a sports journalist, although I mainly covered rugby,” said Gwynn.

“It’s a neat tale, isn’t it? When I played, after games, me and James Graham-Brown, who was with Kent, used to imitate people’s actions. My signature was Brian Statham. So I felt I knew the signs of people’s actions. It baffled me when no one could tell that Massie’s was any different.”

Was Gwynn the prototype ‘Analyst’, before our very own editor?

This article was published in the September 2019 edition of The Cricketer - the home of the best cricket analysis and commentary, covering the international, county, women's and amateur game

To remind ourselves of happier times we're offering a £20.19 subscription to celebrate England's World Cup win once again. Click here to take claim