Forced to reside in an Auckland hotel room for 14 days upon returning to New Zealand, the England allrounder has spoken of the difficulty of the situation 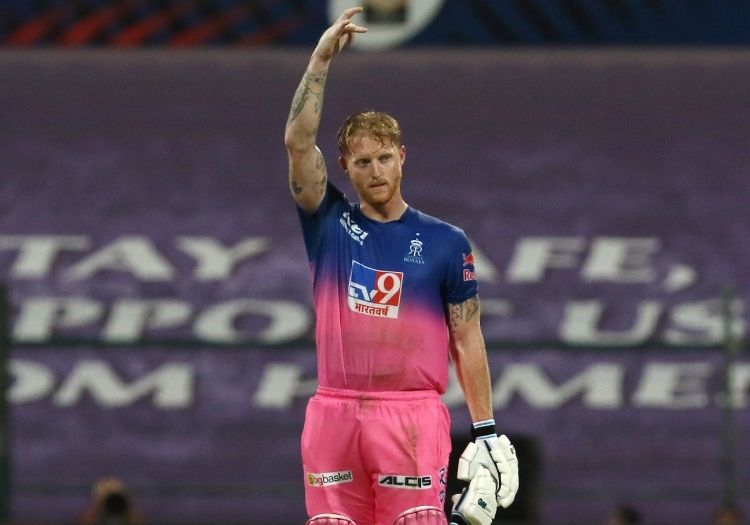 Ben Stokes has spoken of the demands of quarantining, joking that he wouldn't wish the process on his "worst enemy" Marlon Samuels.

The England allrounder has been cooped up in hotel rooms in Auckland and Dubai in recent months as part of the terms of travelling during the Covid-19 pandemic.

He spent 14 days in isolation upon returning to New Zealand in August to be with his father Ged, who is battling brain cancer.

Stokes was then forced to quarantine for six days upon arriving in the United Arab Emirates prior to turning out for Rajasthan Royals in the Indian Premier League.

As a result, the Durham man knows better than most the demands which come with moving around the world, and it is not an experience he'll want to repeat in a hurry.

"You get off the plane, get your bag, walk out and get told what hotel to go to," he told the TMS does the IPL podcast. "There's no choice, it's pot luck whether you get a good hotel or not. The government have chosen certain hotels to be the quarantine hotels."

"I posted a few Instagram stories and some of the England boys were messaging me asking what it's like and I was saying it wasn't the most enjoyable thing you ever have to do, I wouldn't wish it on my worst enemy.

"I text my brother saying the same thing, and my brother asked: 'You wouldn't even do that to Marlon Samuels?' I said 'no, it's that bad' - that's how tough it was."

Samuels and Stokes' rivalry goes back to 2015 when the former mocked the England star with a salute when he was dismissed during day three of the second Test.

The pair clashed again at the T20 World Cup final in 2016 when West Indies prevailed thanks to Carlos Brathwaite's four successive sixes in the final over of the match.

On that occasion, Samuels celebrated the result in front of Stokes, who described the Jamaican as someone who "lacks respect" in his autobiography.

Stokes made his most valuable contribution yet in the IPL since emerging from self-isolation with an unbeaten 107 as the Royals beat Mumbai Indians in Abu Dhabi.

Installed in a relatively untested position of opening the batting, the 29-year-old has enjoyed the responsibility.

"I've really enjoyed it, the freedom you have at the top," he said.

"You get a bit more time to build on the innings but you've still got to capitalise in the powerplay.

"I've always wanted to try and get myself up the order which is very tough to do in the England team with Jonny Bairstow, Jason Roy and Tom Banton now."