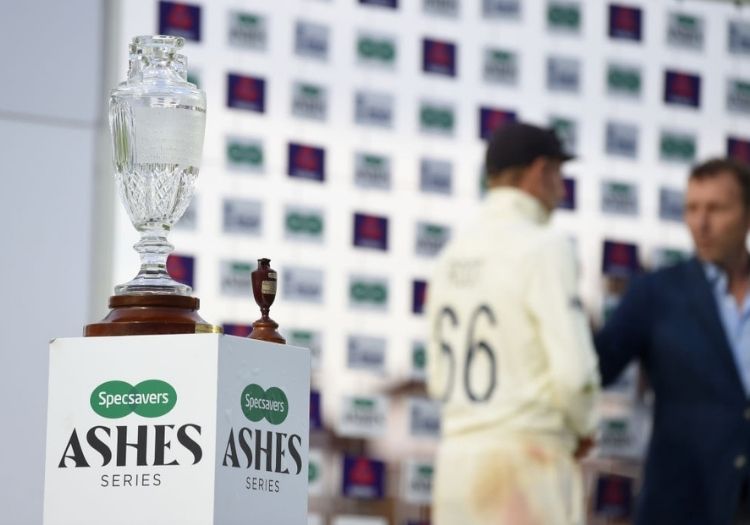 The men's Ashes are on the brink of being confirmed after the ECB granted conditional approval for England to tour Australia this winter.

However, talks between the governing body and Cricket Australia are ongoing.

Therefore, the decision is "subject to several critical conditions being met" prior to the squad travelling Down Under.

It had been hoped a touring party would be announced in the immediate future but that appears to have been pushed back.

The series is due to get underway on December 8 at The Gabba. England's players not participating in the T20 World Cup are expected to fly out from the UK on November 4.

Talks between the two bodies have been ongoing for weeks, with conditions under which the series will be contested the main point of contention.

The strictness and length of any quarantine period as well as whether families will be allowed to travel are central to the negotiations.

Furthermore, the ECB, who chairman Ian Watmore stood down this week, have been trying to establish whether they would be exempt from any changes in rules during the tour.

And while it appears clear several details still need to be ironed out, the latest chapter in cricket's greatest international rivalry looks set to be written.

"Over recent weeks we have made excellent progress in moving forward on the England Men's Ashes Tour," a statement read.

"To facilitate further progress and allow a squad to be selected, The ECB Board has met today and given its approval for the tour to go ahead. This decision is subject to several critical conditions being met before we travel.

"We look forward to the ongoing assistance from Cricket Australia in resolving these matters in the coming days."