NICK FRIEND: The scheme was initially set up in association with Surrey in January to increase cricketing opportunities for members of the African-Caribbean community, and it will now launch in Birmingham as its second city 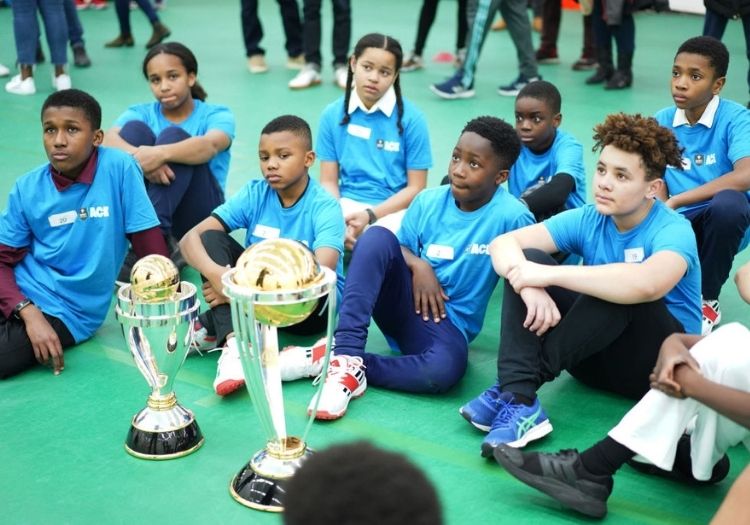 The ACE Programme, set up by Surrey with Ebony Rainford-Brent as its driving force, has launched as an independent charity after Sport England backed the project with investment of £540,000.

The scheme was initially set up in January to increase cricketing opportunities for members of the African-Caribbean community, seeking to address a 75 per cent decline in participation.

Trials took place before the outbreak of the coronavirus pandemic, which led to a summer programme – shortened by circumstances – for 25 youngsters, including a 40-over game at the Kia Oval. One trialist has since featured for Surrey Under-18s, with hopes for more to follow.

The support of Sport England, however, represents a game-changing moment; for one, it has allowed the organisation to appoint Chevy Green as director of programmes – the charity’s first full-time employee.

On top of Sport England funding, the England and Wales Cricket Board has also provided financial assistance in the shape of a grant, providing an opportunity for expansion, with the programme launching in Birmingham in 2021 – the second of five cities that Rainford-Brent wants to move into within the first three years, with Nottingham, Manchester and Bristol also on the radar.

“I think this is a massive statement,” she told The Cricketer in an exclusive interview that touched on the ACE Programme as well as her growth into a prominent voice for change. She will chair the charity, having previously become the first black woman to play for England, before taking up a position as a Surrey board member. She is also the club’s director of women’s cricket and has become a highly respected broadcaster.

“This summer – both through dealing with the pandemic and Black Lives Matter – has highlighted some issues. Where are we going to be focusing post-Covid? As a sport, we want to be more representative, so where are we going to be focusing? At times, when budgets are being cut everywhere, I suppose what you do is invest money in areas that you think are part of the future. I think what Sport England have done is set their stall out.

“Phil Smith’s comment, who’s their director of sport, was: ‘We know that black, Asian and minority ethnic people are facing more barriers,’ and when we rebuild post-Covid, I think Sport England want investment going into communities that are going to be going backwards because of Covid if investment isn’t put in. 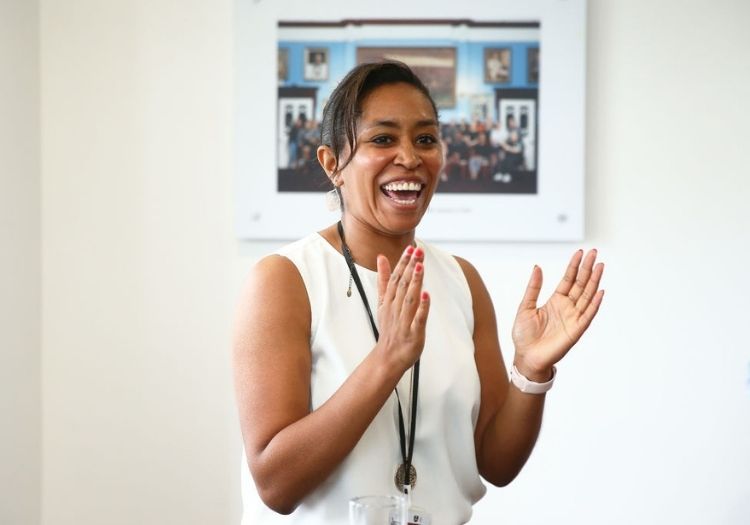 “They have really made a statement. We were quite ambitious in what we asked for, and they’ve supported those visions. It has been a real team effort in that sense.”

Warwickshire chief executive Stuart Cain, whose county is partnering with the charity as it launches in Birmingham has also affirmed his determination to rediscover a community that was once a major part of the game in the city.

“If you look at the black community, cricket in Birmingham 15 or 20 years ago in areas like Handsworth was a really vibrant sport with really vibrant clubs,” he said.

“It was really important to say that we should raise the bar in how we work with the black and Afro-Caribbean communities to sit alongside the work we’re doing with other communities to represent that broad diversity across the city and make sure that we do try to get to that objective of holding that mirror up and making sure that we represent everyone.”

Despite the diverse nature of Birmingham, Warwickshire had no coaches or players of BAME backgrounds on their senior staff last season, though Cain added that this situation is in the process of improving. He stated that around 60 per cent of academy age-group squads were now made up of players from South Asian backgrounds, with the club reaping the benefits of significant work in those communities – the kind of tangible improvements that the ACE Programme hopes to achieve.

Warwickshire’s recruitment process for a coach is underway, with the programme initially targeting primary and secondary schools in the north west of Birmingham. Players who come through the scheme will also have the opportunity to further their game through Warwickshire’s links with Handsworth Cricket Club and at Holford Drive Community Sports Hub.

They are also looking to stage a Caribbean-themed cricket festival for families in the early part of the 2021 summer, with the Edgbaston Foundation, the club’s official charity, undertaking wider social initiatives.

According to research carried out by Thomas Fletcher at Leeds Beckett University, the number of black non-overseas players in men’s county cricket fell from 33 to 9 in the 25 years between 1994 and 2019. There were just three in the domestic women’s game last year. 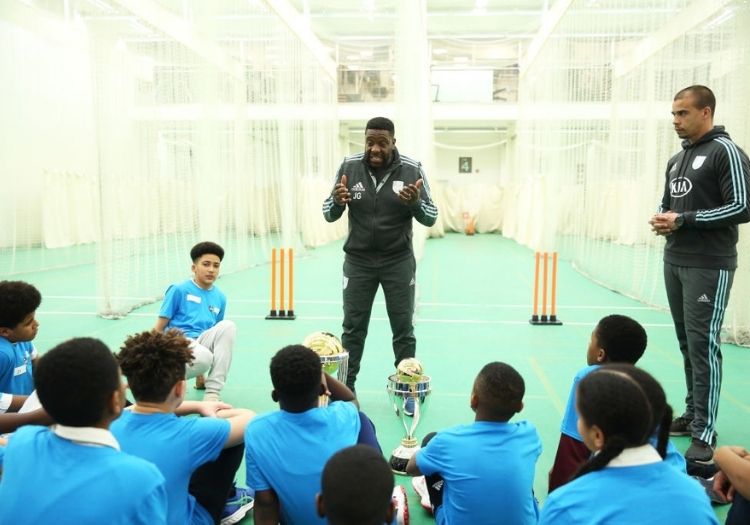 The ACE Programme launched in January

Only three full-time head coaches in the history of county cricket have been from an African-Caribbean background and none of the current ECB board members are black.

In Rainford-Brent's early days at Surrey, Mark Butcher, Michael Carberry and Alex Tudor were all part of the men’s first team. All three would represent England. Yet, while England had nine black Test debutants between 1981 and 1990, there have been just three since 1999.

Butcher and Tudor are among the charity’s newly appointed ambassadors, who also include England Women allrounder Sophia Dunkley and former Surrey player Lonsdale Skinner, who is also chairman of the African-Caribbean Cricket Association.

The organisation will work under a new strapline: ‘Supporting diverse talent from the grassroots to the elite,’ with that strategy incorporating three different strands.

Firstly, that involves building grassroots programmes, talent pathways and improving talent identification within black communities. That then leads into providing elite academy schemes and scholarships to talented players to give them the best chance to fulfil their potential.

Both of those aims are complemented by a third point, with a commitment to developing a diverse coaching and volunteer scheme through targeted training and mentoring programmes. 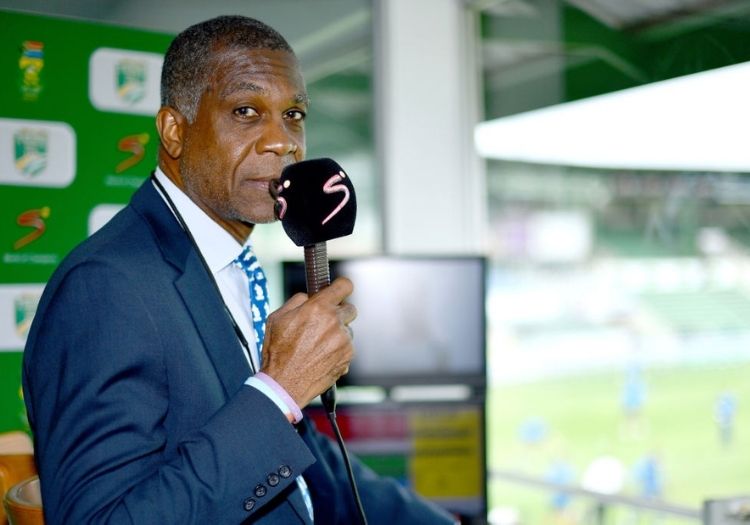 Michael Holding is one of four honorary patrons

Sport England board director Chris Grant, who was present at the launch, praised the organisation’s objectives and its commitment to “thinking about the whole of the young person” rather solely focusing on those with the most cricketing potential.

He said: “Any programme which is interested in talent would quite like to get some young people in them and through them who can develop and maybe end up playing for the first team or even representing their country, which is brilliant. But it’s balancing that with making sure that every single young person that comes into contact with the programme gets a benefit from it.

“I love the fact, for example, that in ACE you’ve talked about being really happy if some of the young people are inspired to become scorers or umpires or nutritionists or physios. We always talk about how sport can unlock potential in young people but that potential often is expressed through their working life and finding pathways through life. Only a small minority can succeed on the field.”

Of the charity’s overall significance, he added: “Our research shows that young people want to be active and they want to experience different sports. Cricket is a proven sport in terms of getting people’s attention – not all of them, not all of them fall in love with it.

“But the thing that’s missing for them is opportunity. If you give them the opportunity to get involved, many of them will grab it. This is such a brilliant example of a programme and now a fledgling organisation that is going to help many more young people have opportunities, so it’s a no-brainer for us to get behind this.

“This is called African-Caribbean Engagement but the way I look at it, it’s more a re-engagement. The Afro-Caribbean community wasn’t engaged to cricket, it was married. When my father who came before Windrush during the war, cricket was a complete part of his life coming from Jamaica.

“But something happened – there was a messy divorce between the Afro-Caribbean community and cricket in England, and so this is mending that and putting it back together. I think that is hugely important.”