Cricket's shortest format comes back with a bang on November 15 in a new city and with six new teams, and The Cricketer has all the details 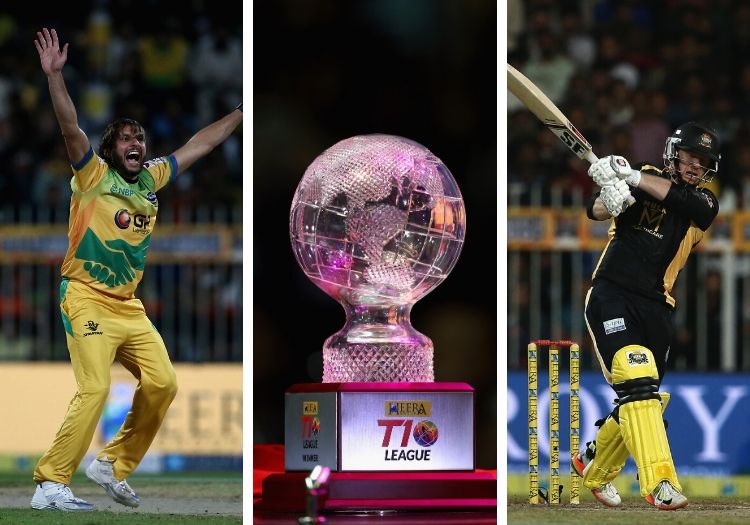 What is the Abu Dhabi T10 League?

The Abu Dhabi T10 League is the world’s first ICC-sanctioned tournament of T10 cricket. Each side has just 10 overs to pile on the runs, meaning matches are all done and dusted inside 90 minutes and three games can take place back-to-back each day.

After the first two editions took place in Sharjah, this year the tournament moves around 100 miles south west along the Emirati coast to the Zayed Cricket Stadium in the capital city of Abu Dhabi.

The tournament kicks off on November 15 – its earliest date yet – with an initial group stage where two pools of four teams play each other over four to determine seedings for the Super League phase, which starts on November 19.

Each team plays three further games in the Super League stage before the results of all six fixtures tallied to determine which four teams get through to the final playoff rounds on November 23 and 24.

Three games take place on each of the first nine days of the tournament, starting at 3.30pm, 5.45pm and 8pm respectively (or 11.30am, 1.45pm and 4pm GMT) except for the opening three fixtures, which are each set to start one hour later.

The last day of the tournament will see the two losing sides from the eliminator games play off for the bronze medal at 5.45pm as a warm-up for the 8pm grand final.

Imagine T20, but exactly half the length. Each bowler can only bowl two overs instead of four, and fielding restrictions last for the first four overs as opposed to the first six. Otherwise, the tournament will all be fairly familiar – the Duckworth Lewis Stern Method can be used to calculate a result in the event of inclement weather, and there’s a minimum of five overs allocated per side in order for a game to register.

The tournament starts with two groups of four teams playing in a round robin format. Once a result is reached between Bangla Tigers and Delhi Bulls 12 games and just four days later, we then progress to a Super League stage, and this is where things start to get tricky.

Regardless of their results, all eight sides will progress from the first group stage into the Super League. Here, they get three more games against the three teams that didn’t finish in the equivalent spot in their respective pool.

In other words, the team that tops Group A will play the sides that finished second, third and fourth in Group B, and the teams that finish bottom of their groups will have the most challenging run at the knockout stages as they play the top three sides from the opposite group.

When all that is out of the way, the top four teams once you combine points tallies and net run rates from both Super League and the early group rounds will face off in an IPL-style play-off. First up, the top two sides play the Qualifier for the right to progress automatically to the final, while the loser must play again that same day against the winner of the eliminator between third and fourth.

The next day the tournament comes to a close, with the bronze medal match between the losers of the two eliminator games starting off at 5.45pm (1.45pm GMT) as tension builds ahead of the final at 8pm (4pm GMT). 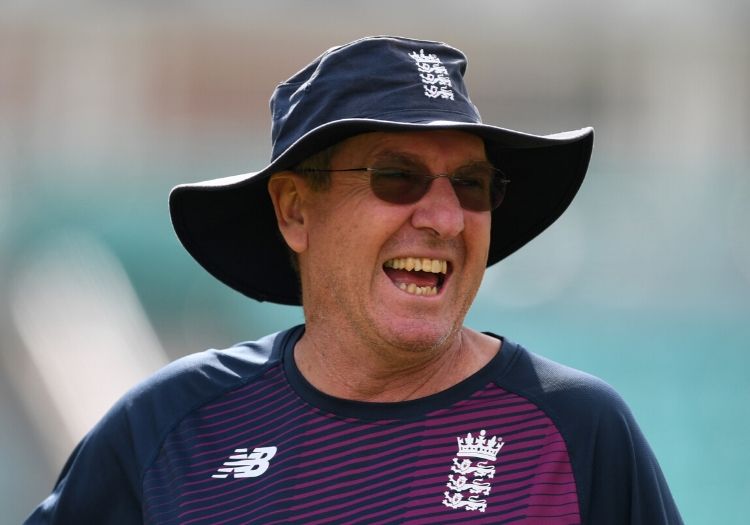 Are any England players involved?

This year’s competition is full of familiar faces from the English game, most notably in the all-new home side Team Abu Dhabi. Trevor Bayliss takes the reins for his first coaching job since stepping down from the national side after the summer’s drawn Ashes series, and his squad features a broad selection of county stalwarts.

Eoin Morgan returns to the league for the third year running, this time leading the way at Delhi Bulls, where he will be joined by Adil Rashid, David Willey and explosive Surrey opener Will Jacks. The final member of his World Cup-winning squad making the trip is Liam Plunkett, who will join Bangla Tigers.

Worcestershire and Sussex have been two of the strongest sides in the T20 Blast of late, and as such their players appear to pop up all around the league. Fresh from his senior international debut in New Zealand, young seamer Pat Brown will line up alongside Rapids teammate Ross Whiteley at Karnataka Tuskers.

Completing the English contingent in this year’s tournament are England’s newly-appointed T20 vice-captain Sam Billings at Northern Warriors alongside Hampshire seamer Chris Wood, the Maratha Arabians duo of handy allrounders James Fuller and Adam Lyth, and Hampshire legspinner Mason Crane teams up with Essex batsman Dan Lawrence at Deccan Gladiators before they line up at Lord’s next summer for London Spirit.

Who else is taking part?

As you may expect, the eight sides are jam-packed with a who’s who of the short form circuit from around the globe. Malan, Morgan and Moeen are are headline draws and captain their respective sides, and Dwayne Bravo, Shane Watson, Thisara Perera, Daren Sammy and newcomer Hashim Amla complete the leadership ranks.

Beyond that, there’s a core of usual suspects preparing to line up for sides across the competition. West Indies teammates Andre Russell and 2018’s top run-scorer Nicholas Pooran will feature together for title-holders Northern Warriors, while Bravo will have the likes of Yuvraj Singh, Chris Lynn and Lasith Malinga at his disposal. Watson’s Deccan Gladiators may trail when it comes to star names, but Sheldon Cottrell and the Afghan pair of Zahir Khan and Mohammad Shahzad could well make them dark horses.

Most squads do now have a very different makeup to what would have been expected after draft night following the news that the PCB had withdrawn the relevant paperwork from 21 of its contracted players, thus ruling them out of contention. That has opened the door last minute for some canny signings, such as Bangla Tigers adding an explosive element in Sussex allrounder David Wiese and Nottinghamshire wicketkeeper Tom Moores.

There is also a strong contingent of players from associate nations set to take part in the tournament. Each team features representatives from around the United Arab Emirates, and players such as Nepal’s Sandeep Lamichhane and Paras Khadka, Scotland’s George Munsey, the USA’s Ali Khan, and recent T20 World Cup Qualifier champion Tobias Visee will all fly their flags throughout the tournament. 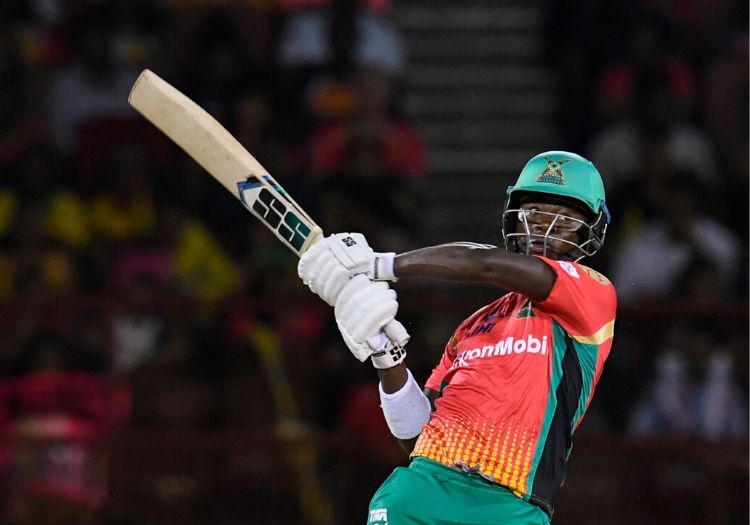 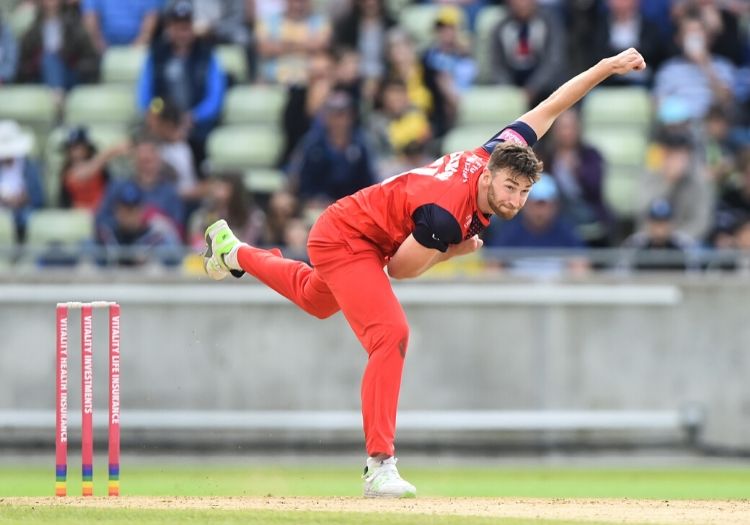 This coverage will also be available live and on demand via the Premier Player app and website.