Chasing 236, a 139-run stand between Jason Roy and Phil Salt had England cruising to victory before a flurry of wickets briefly threatened a nail-biting finale 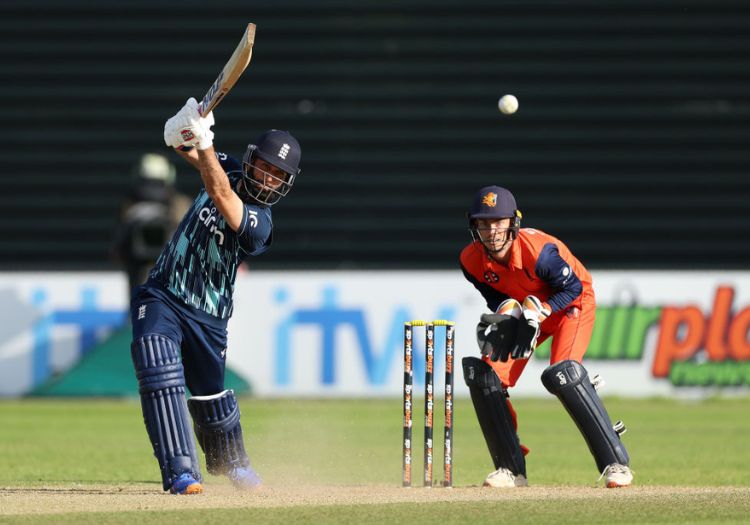 England survived a brief scare in the middle overs to defeat the Netherlands by six wickets and wrap the series win.

Chasing 236 in Amstelveen, Phil Salt and Jason Roy - on his 100th ODI appearance - shared a 139-run opening stand off 102 balls to put their side in the ascendancy.

Roy was removed by Aryan Dutt (caught Shane Snater) for 73 in the 17th over, with Dawid Malan - who scored a century in the first ODI - joining Salt in the middle.

However, following the latter's dismissal for 77 in the 23rd over, England slipped from 168 for 1 to 177 for 4 - Eoin Morgan out for a seven-ball duck and Liam Livingstone bowled by debutant Tim Pringle for four.

England were briefly reduced to 181 for 5, with Malan adjudged lbw but he was reprieved after opting to review and together with Moeen Ali, he steered England safely to victory with 29 balls from their rain-reduced 41 overs to spare. 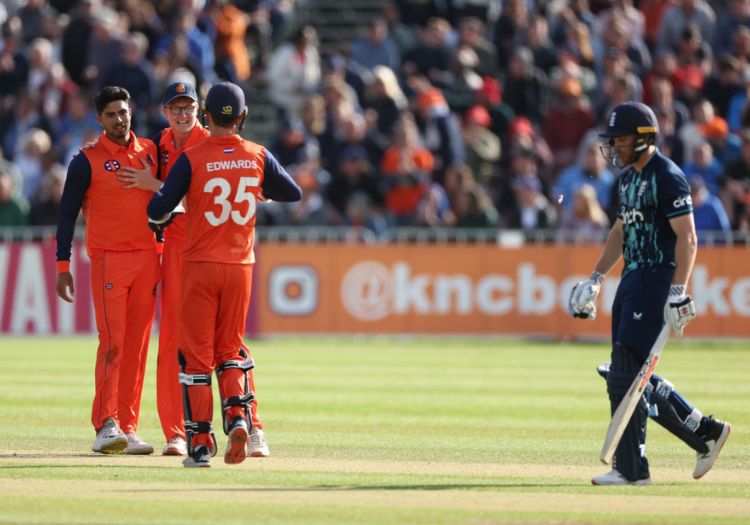 Dutt was the pick of the Dutch bowlers, taking 2 for 55.

Earlier, the Netherlands made a slow start and lost Vikramjit Singh, Max O’Dowd and Tom Cooper inside 10 overs as they limped to 36 for 3.

However, stand-in skipper Scott Edwards upped the ante, putting on a steady 61 runs (69 balls) with Bas de Leede and a further 73 runs (63 balls) with Teju Nidamanuru.

David Willey (2 for 46) stepped in to remove the dangerous fifth-wicket pair, bowling Nidamanuru (28 off 30) and running out Edwards (78 off 73) in quick succession, before Pringle was bowled by Adil Rashid (2 for 50) to dampen Dutch spirits.

But Logan van Beek and Snater ensured a blockbuster finish to their side’s innings, putting on 44 runs off just 27 balls in an unbeaten eighth-wicket stand - Netherlands 235 for 7.

Brydon Carse and Livingstone were the other wicket-takers.